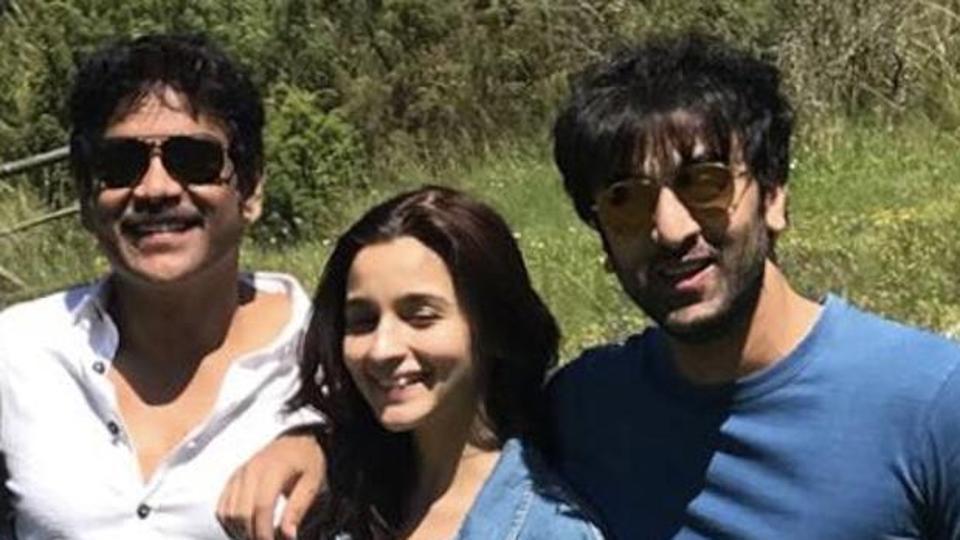 It’s always  a pleasure to catch up  with Telugu superstar Nagarjuna .He has just returned  to Hyderabad  after completing a Hindi  film Brahmastra with producer Karan Johar and director Ayan Mukerjee, and has  commenced  work on a new Telugu  film.

About shooting for Brahmastra, Nagarjuna  says, “It was   my first Hindi film in  17 years, I was welcomed in Mumbai like I  was  never gone.In Mumbai( Bollywood)  they’re always  good to me. I was treated like  a king by  Karan  Johar and his  team.”

Nag is full of praise for his co-stars Ranbir and  Alia.  “They are so  hard-working so  disciplined, so focused in their work. At that age I was  not like that . Alia  , I remember  as  a baby when she  visited the sets  of  her father  Mahesh Bhatt’s Zakham here  I was the  hero. She  is   still  a baby,actually.”

As  for Amitabh Bachchan who  also has a key role  in Brahmastra Nag  barely  got a chance to meet him. “I was looking forward  to meeting him. We had last worked together in Khuda Gawah.  But in Brahamastra we  don’t have any  scenes together. As  you know, each of the  main actors has his or her own segment in the  film. Mine didn’t overlap with his.”

So  how  much of Nag will we see in Brahmastra? “I  can’t tell you much about my  role. But I can tell you this. My fans won’t be disappointed. It is a very strong character that leaves  a very strong  impact.”