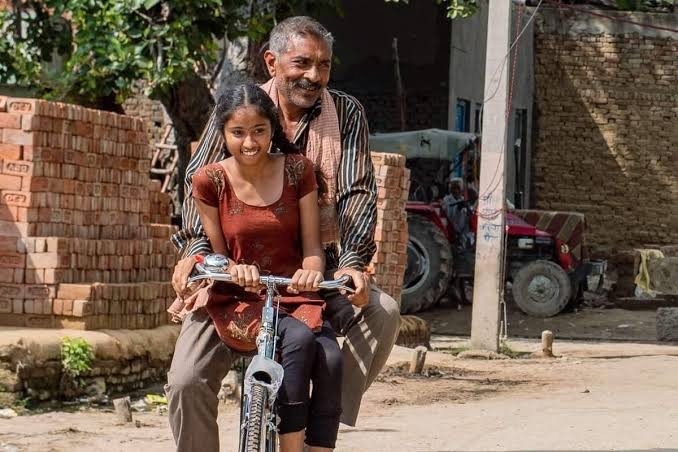 In its simplicity and charm and its  deep connectivity with the  grassroots Prakash Jha’s  production Matto Ki Saikal takes us  back to the the days  of  Pure Cinema when movies informed  and entertained.

Prakash is understandably proud  of  Matoo Ki Saikal  , and not only because he  gives  a sterling  performance in  the main lead. “It’s directed by a complete newcomer M Gani, a very talented director from Mathura who had  no experience  in  movie making before this. He is  a formidable  talent , and I  was quite happy to be  directed by him.”

Prakash is completely  invested  in playing the title  role of Matto a daily wage earner in Mathurawho somehow manages to eke out  a living for is family  of  wife and two daughters and for whom a buying a new bicycle  is a distant dream.

Says  Prakash, “It  was a  challenge for me  to play this  character since  Mattoo is  completely  in contrast to who I am. Just getting his  body language  and spoken language in  place was  a huge  challenge for me.”

Prakash feels Mattoo Ki Sykal  must get a theatre  release. “It is the kind of family film  that will  get an  audience  for an evening show in the theatres.I will release  it only when the  Covidsituation  improves. I’m confident my last feature  film Pareeksha would have got itself  a decent  viewership in  movie theatres .”

In November Prakash Jha was  in the  news when  The Karni Sena, never known to  shy away from controversies, got  into action against Prakash Jha’s series Aashram  on MX Player, featuring  Bobby Deol  as a  fraudulent debauched Godman.

Prakash  Jha had replied, “Who am I to make a judgment on  their demand? We had 400 million-plus  views  for  the  first season. I think viewers are the  best placed to decide on ‘negative goodwill’. Shall we  leave it to them?”

All My Life Is A Tearjerker That Works