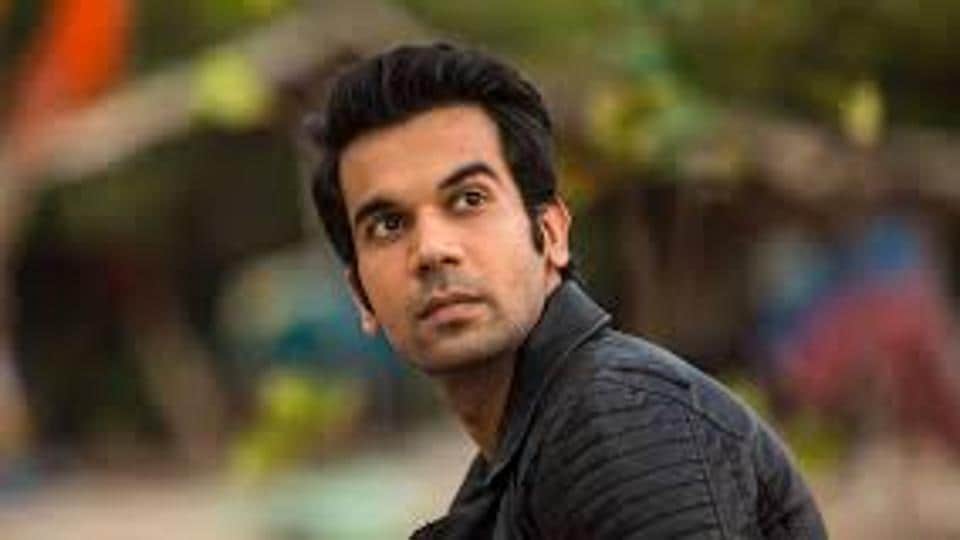 There  may  be better actors than  Rajkummar Rao, but none  as  fearless. This actor can  do anything for  a  character. He has played the nerd, the terrorist, the jilted husband , the kidnapper and  the  jihadi,all in one selfeffacing  swoop. A  look at   Rajkummar Rao ’s  most fearless roles.

1.     Love Sex Aur Dhokha(2010): In his  very  first foray  into  filmdon  Rajkummar Rao played a sex-starved monkey who lures  a female  colleague  at his place of work into an intimate  relationship to  make  a sex tape out of their  encounter.  I have  not seen too many  actors play such a lowdown piece of trash so early in his  career. Raj’s character Adarsh(yes that was his  name!) was the armpit of  humanity.  To  Raj playing a scumbag is  as interesting as  playing a superhero, maybe  even more so.Being good is very boring to Rajkummar Rao .

2.     Shahid(2013):  Three years  after playing the  sex-video sleazebag Rajkummar Rao rose on the moral scale  to  play the controversial  lawyer-activist  Shahid azmi who spent his life fighting for  the terror-accuseds until he was  gunned down in his own  office by unknown miscreants. This Hansal Mehta bio-pic  showcased Rao’s  raw energy and his supreme  ability to  penetrate  the very core of the human heart in pursuit  of those truths that we hide  even from ourselves.

3.     Trapped(2016):  Playing a a man  trapped in an apartment in a  highrise  for nearly two weeks without food  or water,Raj shed  over 10 kilos to look like  a  man  who is  unlikely to survive  his ordeal.Such dedication to depicting desolation  was  evident   only  in Tom  Hanks when  he did  Castaway. Alas, the material  provided  for Rajkummar Rao ’s survival story could  barely  survive   its own ridiculous  plot  premise.

4.     Omerta(2018): To the  life and goals of man who wants to change the world with his vigorously  violent methods, Rajkummar Rao brings a smirking  serenity,an imperturbable certainty to every (violent) action  manned by a core of “truth” obtainable only to those  who believe they are among the  Chosen Ones.I  specially liked Rao’s conversations in  London with his screen-father (Keval Arora). So calm so unruffled , secreting such  terrible  violence. Rajkummar Rao conveys the  unplumbed turbulence of an ocean that’s deceptively calm on  the surface.His performance is magnificent without aiming to be so. Omerta is  not an easy film to watch. It cuts the protagonist’s movements down to size in  episodic chunks  and then regurgitates the vivid moments  into  scenes  of colour-blinded  documentation. There is  a moment where Omar pretending to be an ordinary tourist in Delhi named ‘Rohit’ is accosted  by an aggressive cop on the road who tells him bluntly that he ‘looks’ like a Muslim.That  moment  provides us with a blinding flash  of recognition  of  the problem as to why global terrorism has  come to a flashpoint.There are many dialogues and images in this  film that will make you wince and squirm.In the uncut version  of the  film that I  saw Rajkumar Rao is fully nude having sex with a sex worker.Nothing artificial here.

5.Stree( Rajkummar Rao, he takes ownership of the film and its peculiar flavour of fear and fun, instilling the two elements simultaneously in several scenes. I dare any other actor to have so much fun with fear. Watch him and Atul Shrivastava in the sequence where ‘Deddy’ tells son to not go to prostitutes for ‘Frandship’, but opt for self-help instead. It is priceless.Stree moves in mysterious ways through a labyrinth of lip-smacking interludes, some razor-sharp others blunt to the point of blandness. Even when the momentum of the eerie gets overly airy, there is still enough steam in the storytelling to keep us interested, if not enthralled, to the end.And when all fails, there is always Rajkummar Rao. An actor we can depend on to rescue even the most inept scene from doom.

Related Topics:Rajkummar Rao
Up Next

Why have our movies have stopped incorporating Holi sequences?