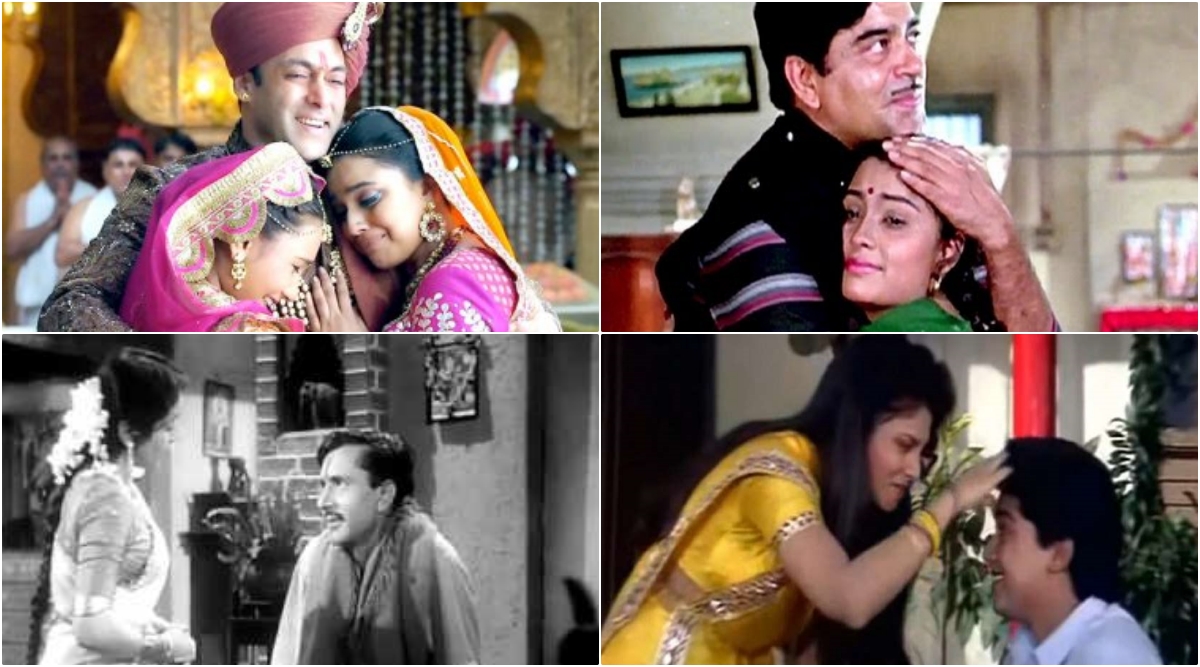 1.     Raakhi  dhaago ka tyohar(Raakhi, Mohd Rafi): Most  raksha bandhan  songs are sung by  female singers  . This one  is  unique  in that it is  the male voice reminding us   of  the importance  of that  day : Bhai bahen ka pyar rahega jab tak  hai sansar, Raakhi dhaago ka tyohar.  Composed by Ravi Sharma the song does not have  popular recall-value  because  of  its gender reversal.The underrated Rajendra Krishan wrote this  Rafi  senti-melody.

2.     Rang  birangi rakhi lekar aye behna(Anpadh, Lata  Mangeshkar): Lataji says this song about sibling-bonding  was easy to  render since composer Madan Mohan was  her rakhi brother.  Every raksha bandhan he  came to  his choti bahen to have her tie that sacred  string on his wrist. Madan Mohan composed this  song keeping his bonding with Lataji in mind.

3.     Bhaiya mere rakhi  ke bandhan ko nibhana(Choti Bahen, Lata Mangeshkar):  The  pristine Nanda lip-syncing this  Lata  Mangeshkar  song  to her   screen  brother Balraj Sahni  was a vision in filial  affection that audiences remember to date.Composed  by the hit machine  duo Shankar-Jaikishan this  is one of the most popular raksha  bandhan songs  of all times. Incidentally  Nanda had a hard time  erasing the sisterly image . If in 1959 she played  Choti Bahen ten years  later she  featured  in  the  title role of Badi Didi.

4.     Behna ne bhai ki  kalai mein  pyar bandha hai(Resham Ki Dori, Suman Kalyanpur): This theme  song from the  film on sibling  togetherness featured the little-known Kumud Chugani as  the sister singing to ‘brother’ Dharmendra on raksha  bandhan in  Suman Kalyanpur’s voice. Maze ki  baat yeh hai , this song  is a raksha bandhan  evergreen  although it was put across on screen  by an unpopular face.Credited  to Shankar-Jaikishan the tune has Shankar’s trademark influence.

5.     Chanda re mere bhaiyya se  kehna behna yaad kare(Chambal  Ki Kasam, Lata Mangeshkar): My most favourite  bhai-bahen song, so immaculate in composition(Khayyam) , so  wonderfully worded (by  the great Sahir Ludhianvi) and so pitch-perfectly  rendered  by Lata Mangeshkar  this  is  the  most flawless creation celebrating that special day set aside for sisters and brothers.I asked  Lataji how she was able to attain such summits of emotional expression in this  song and she confessed, “It is a song about a sister being separated  from her brother.I thought of what  raksha bandhan  would be like if own brother Hridaynath was not  with me to celebrate the  occasion. Bass, jazbaat wahin se nikal  pade.”