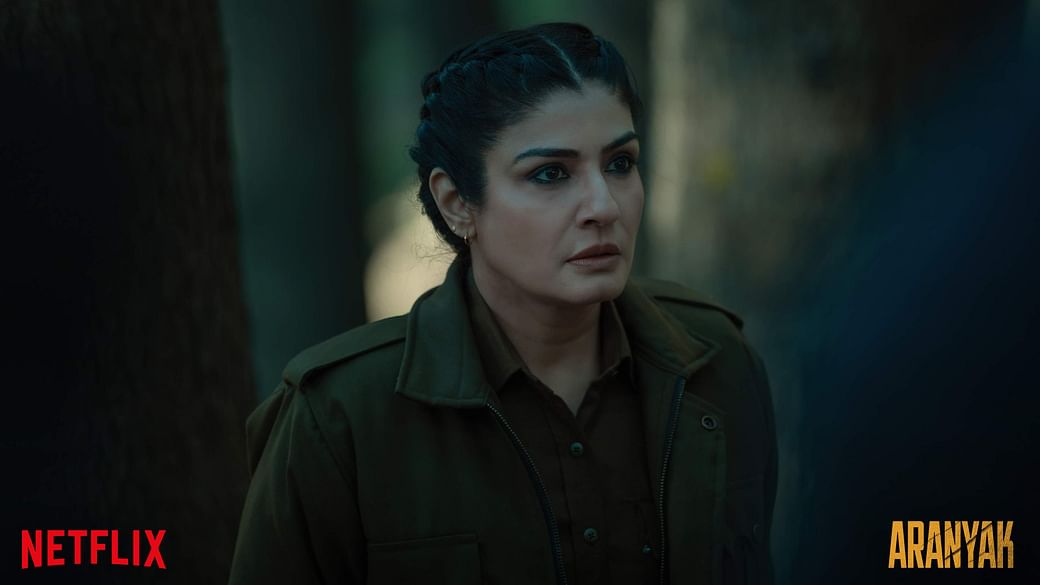 Raveena  Tandon is  cautiously jubilant  about the success of her  webseries Aranyak. “I never go into anything with too much  expectations. If it works, I am  happy. If  it  doesn’t, I don’t sit and  curse my  kismet  over it. Aranyak seemed special  from the day it was narrated to me.I had earlier said no  to so many  web shows . Some of  them went to be hits. I would sometimes  wonder, did I  make  a  mistake by saying no to those  serials?”

Raveena  has no regrets  about saying no to  so many serials. “ I have no time or  patience  for regrets.  I  firmly believe  what has  to happen  will  happen  at the  right  time.I never  was  the Friday-fever  kind of star, shivering about the fate   of my films  every week. If  they  worked, and a majority  of them  did, fine. Or else better luck next time.”

Aranyak  has surprised  many cynics by its  level  of acceptability .So is this party-time for actresses above 40?  “I feel  the  doors were  opening  even before the  OTT took over during the  pandemic.  The  new generation   of actresses like Deepika Padukone  and Alia Bhatt had so much  more to do in their films than I had an opportunity to do. Back then when I did something  like Shool or Daman  I was criticized for  breaking the commercial economics. If you  did  something  out of the  box you were seen as a spoilsport. I had to  work so hard  on  convincing Ram Gopal  Varma that I was right  for the  role of  the Bihari housewife in  Shool. He was like, ‘Raveena, when I close my eyes I don’t see  you in that character.’”

For Raveena  doors were  opening even before  the OTT explosion. “I   was  offered KGF 2 long before Aranyak on Netflix.I was supposed  to be  in Part  1 also. But at that  point of time I  was not sure  if I wanted to be in a  star-driven  franchise. So they  used my body double in Part  1. In Part  2 I am there in a  significant  role.”

Raveena is   now considering   other  projects   on  OTT. “I am looking at scripts. Most  of  them are  very interesting and  they have  powerful  roles  for me. But I have to think  of  other factors. My children and my  husband, who  is  the  biggest  kid  of them all,  need my  time  and attention.At this juncture of  my life I can’t  be studio-hopping. I’ve nothing to prove.”