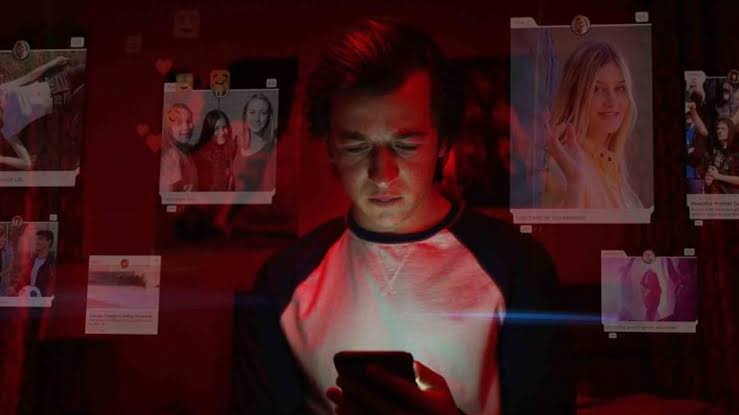 Here is the thing. We are  now officially  a civilization of zombies, staring 24×7 at out phone-screens  waiting for the next ping,  posting ridiculously  vain self-serving   pictures which no one  is  interested in, unless  you  are  Kim Kadarshian or Kangana Ranaut.

But  the  social-media organizations would have  you believe  that  you are the centre of  the  universe, at  least YOUR universe.It’s a frightening  delusion created  to generate  revenues worth billions.While Google, Apple  etc laugh all the way  to the bank we sit staring at the  screen with  glazed eyes.

This  sobering Netflix documentary features  some  of  the social media’s most distinguished renegades,  men with a voice and conscience  like  Tristan Harris  and Aza Raskin who  joined  the big social-media  controllers and then, on realizing that  civilization was being manipulated  into believing that the IPhone governs its destiny, decided to try and  bring  an element  of   conscientiousness  into the  business of  social media.

It is big business and more addictive than cocaine. The warning that this highly thought-provoking    documentary sends off with  unassailable rectitude is to   back  off  from your phone  addiction before it consumes  you completely.

While the  ethical voices  try to make  some sense  of the  manipulative madness   of the  social network, there is also a  parallel fictional story in the  documentary  of a   teenager  getting progressively sucked into his phone screen while his  family tries to  warn him. Somehow the  horror of it is not captured so well  in this fictional subplot  in a story that needed no furtive flight into fancy.

I am not very sure anyone  would stop tweeting  his or her two-bit on  the government , or  stop posting pictures  of  baking and  faking on Instagram   after watching  The Social Dilemma. I doubt   the  gyan  shared by the intellectuals  and internet gurus will dissuade anyone  from being a phone slave.

But the one thing that  you won’t be able to ignore after watching this documentary is your dithering self-confidence. The phone is  taking all  the decisions on  your behalf. Are  you sure  you want to  continue  your helpless dependency  on  it?  Why don’t  you ask your phone what it thinks  on this?