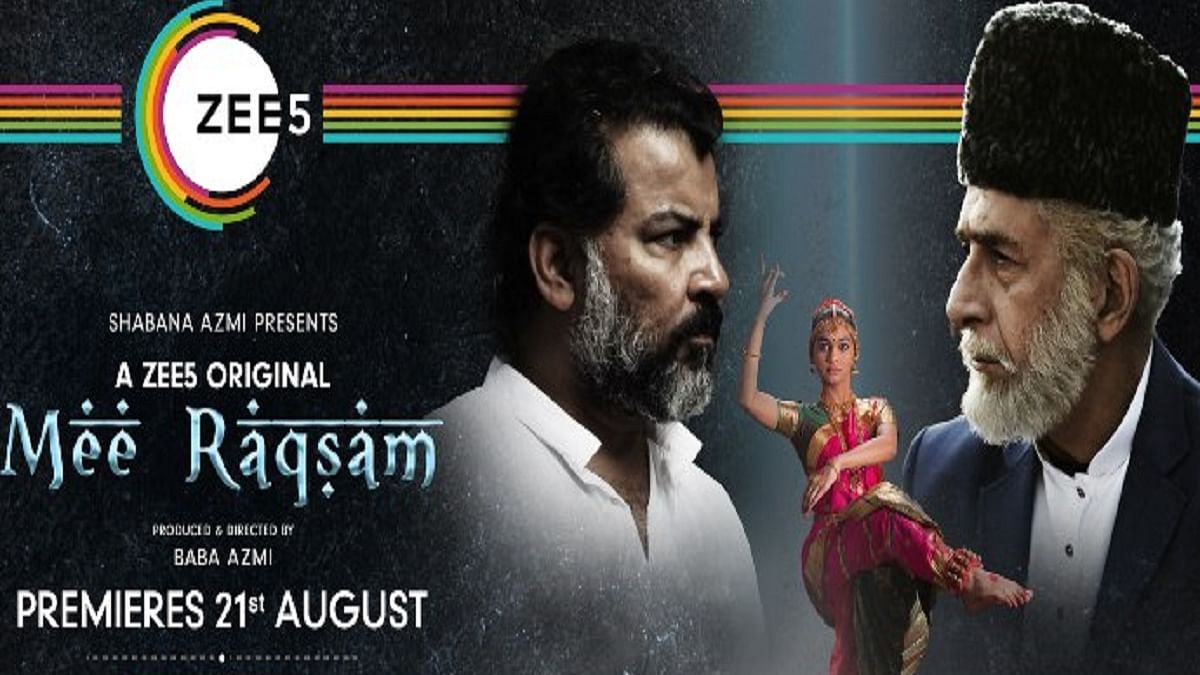 If dance and dancing are forbidden  by religion, then consider  making  a  film about a young girl’s desire to dance the BharatNatyam a  dangerous  pursuit,  given today’s  absurdly  touchy times.

That  magician behind the camera  Baba Azmi dares  to address  the forbidden in his directorial  debut Mee  Raqsam, a film that  Zee5 can be proud of —finally—after a deluge of duds. It is  bold and beautiful,frank and fascinating,  strong and fragile, firm in its concivtions and flexible in its attitude to  religion and  morality.

It casts  the  mighty Naseeruddin Shah as a frowning  cleric who clucks his  tongue  at a girl from their community  dancing the Bharat Natyam.For God’s sake, shouldn’t she be at  home  in a hijab studying the religious scriptures?

I could catch the twinkle  in the  director’s eye as  he negotiates  the shards  on  the  dancefloor with his determined  dancing  diva and her  extremely  supportive  father played  the brilliant Danish Hussain.

Newcomer  Aditi Subedi in the central role is  a delicate  flower  nurtured  by  the director’s sensitive vision into a performance of power and  glory. Mee Raqsam gathers  together all the tensions that we see around us between the Hindu and Muslim community and coverts  it into something  strong yet  refined.

I can’t wait  to see what Baba Azmi has done with  Naseeruddin Shah, Baba’s  sister the formidable Shabana Azmi’s  favourite co-star. She is  not  in the trailer.  But I could feel her aesthetics and  her  political convictions in every frame. The trailer of Mee Raqsam is  a reiteration  of  certain  rudimentary values  of  secular India which have lately drowned in the din of  jingoism and  political jugglery.

Art is  most effective when  it is innocent of an agenda. The trailer  of  Mee Raqsam  proves it.