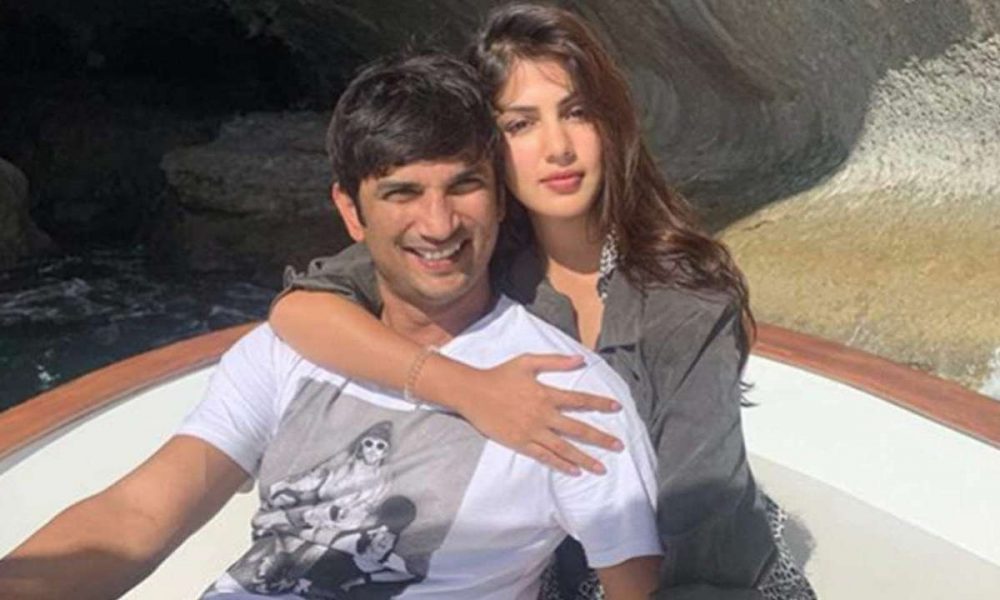 What seems   like  an instant-replay  version   of the  Jiah Khan suicide, accusing fingers are now  being  pointed at Sushant Singh Rajput’s  (ex?) girlfriend  Rhea Chakraborty for his  tragic death.

A  case has been lodged in  Bihar’s Muzaffarpur  court against Rhea for the abetment of  Sushant’s suicide. This is  the second suicide-abetment case   to be filed  from Muzaffarpur  regarding  Sushant’s death.

One hopes  this won’t become  another case like the  Jiah Khan  suicide where her  boyfriend Sooraj Pancholi  was  accused  of abetment. The case continues  to  drag its feet  for seven  years.

Jiah Khan’s mother Rabiya Khan  has commented  on social media  regarding Rhea’s alleged role in  Sushant’s death . Rabia says,  “She(Rhea) was planted and groomed to repeatedly encourage Sushant saying there is something wrong with him to take medication or counselling him to believe that he is mentally ill aiding him by constantly repeating that he suffered from chronic illnesses, including depression, anxiety and pain.”

Mrs Khan also insinuates  a relationship between Rhea and  a man  old enough to be her  grandfather,presumably Mahesh Bhatt.

There  is every possibility that Sushant’s suicide may attain the same tragic resonance in the public’s mind as Jiah  Khan’s suicide.

However  writer-director  Rumy Jaffrey who  was  close to both Sushant and Rhea says she was  nowhere on the scene of  the suicide, “Rhea had left  Sushant’s home . As far as I know they were  not living together at  the  time of his death.”