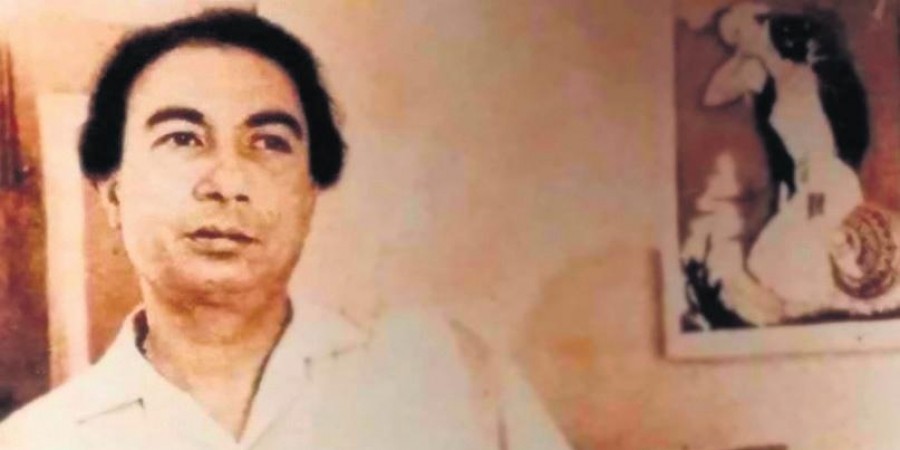 Is the bio-pic on poet-lyricist-thinker-activist Sahir Ludhianvi jinxed? The project has gone from hand to hand without any progress for three years now.

It was originally to be made by producer Ashi Dua and to be directed by debutante Jasmeet Reen. Farhan Akhtar was roped in to play Sahir Ludhianvi. Then the project was passed on to Sanjay Leela Bhansali, and Priyanka Chopra was offered the role of Sahir’s muse Amrita Pritam while Sahir’s role went from Farhan to Irrfan.

In fact Irrfan was keener to play Sahir than I’ve ever seen him before. He said he felt he was born to play Sahir and he began to listen closely to the poetry and lyrics of the great bard.

But then Irrfan’s world fell apart. He fell ill and Sahir slipped from Irrfan to Abhishek Bcahchan. But then Priyanka Chopra couldn’t play Amrita Pritam as Abhishek and Priyanka don’t work together.

One now hears that the Sahir bio-pic has been “postponed indefinitely”.This actually means that the film won’t me made at all. And that’s pity. Sahir was much more than a brilliant poet.

Javed Akhtar who knew Sahir closely says a bio-pic on this genius creator is a must. “He was a very progressive thinker, with a politically developed mind. A lucid film on his life would be very enlightening. I’d be happy to provide my inputs on Sahir Saab whom I knew well.”

Waheeda Rehman: “My Heart Reaches Out To Daily Wage Earners”