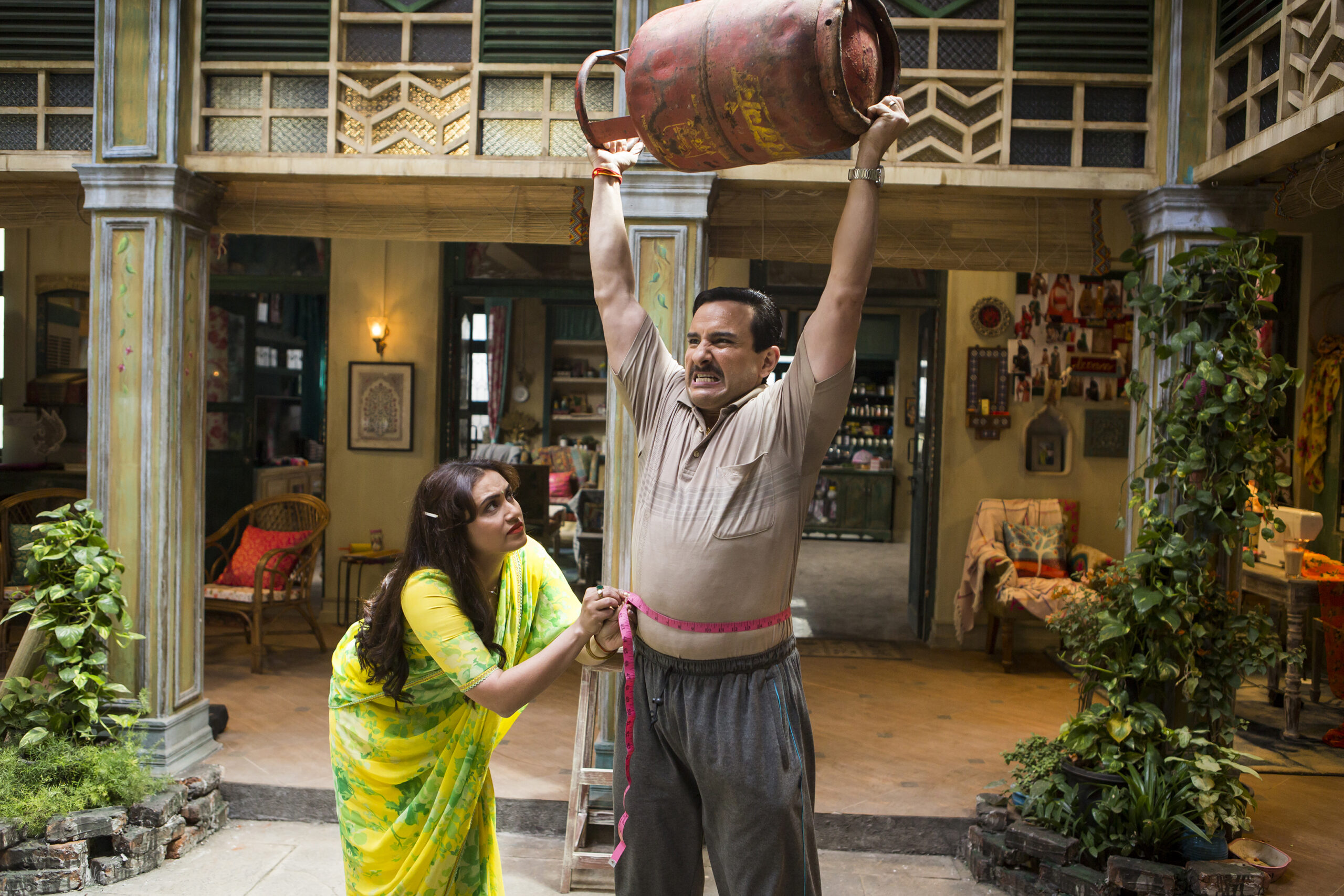 Saif plays the role of Rakesh aka Bunty in this comedy and he quietly put on several kilos to play the role of a railway ticket collector in the idyllic small town of Fursatgunj in this film.

Saif as Bunty has retired from being a conman and has settled into family life with Babli aka Vimmy, played by Rani. Despite being in love with his wife and appreciating his family to the core, Rakesh is bored as hell. The slow life in a small town has affected his fitness. He is stuck in a rut.

Saif says, “Not a day goes by without my character Rakesh missing the thrill he felt when he was the legendary conman Bunty. Though he has kept his identity a secret and enjoys his marriage with Vimmy, he misses the action, misses strategizing for cons that became the talk of the nation. Suppressing who he truly is and wants to be, impacts his health.”

He adds “I had to put on several kilos and then lose it quickly because of my packed shooting schedule. Now, when I look back, I’m glad I went through the process because Rakesh aka the OG Bunty looks believable in the film. He is a family man, who has quit conning people. He has settled down. He is endearing, his struggles are real. He was a legend and now he is a nobody. He craves to be known and that’s what makes him disappointed about how his life has shaped up. He wants to feel important.”