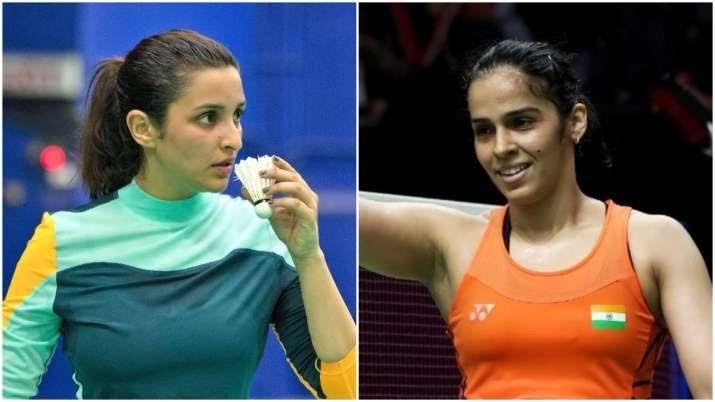 Saina Nehwal has  a lot to be proud  of. Her  achievements  in  the field of  badminton are  unparalleled. Now  comes a bio-pic on her  life  which has  turned out really well. In fact  many of  the scenes in  the  film are straight  out of Saina ’s life. Parineeti Chopra who plays Saina worked closely  in  collaboration with Saina, and  the wonderful  actress Meghna  Malik who plays Saina’s mother Usha Rani , knows the real  Usha Rani well.

The  makers of Saina had  hoped to see Saina Nehwal promote  her  bio-pic much in  the same way that the real Dhoni had joined hands with Sushant Singh Rajput to  promote  Dhoni  The Untold Story.  Lamentably, this did  not happen  with  Saina.

The real Saina Nehwal has apparently  declined the  offer to  promote the  film.

Says  a source  , “Director Amole Gupte got along famously with   the real Saina   during the  film’s  making. He  had  personally urged her to  be part  of  the  film’s promotion. Lekin Saina sirf  apne  mann  ka karti hai(she  does what she wills).She  isn’t even in  the country  right now.  So there’s no question of  Saina promoting her  bio-pic.”