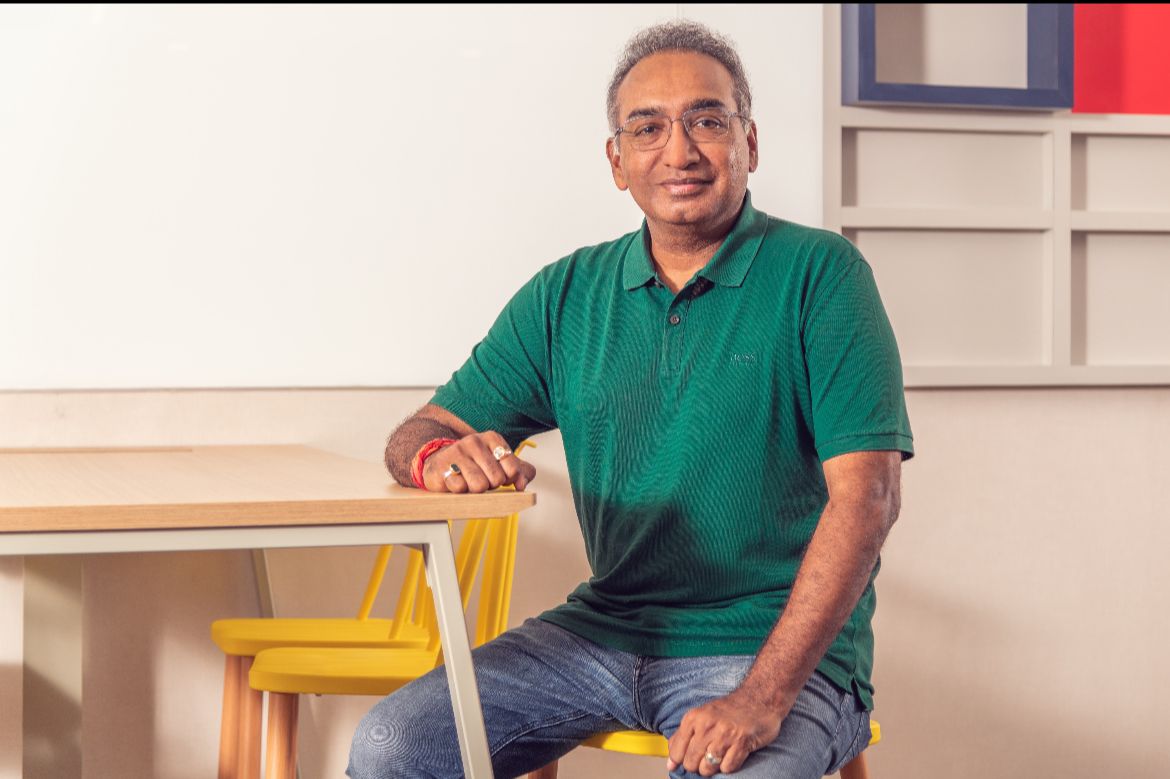 Sameer Nair is to Indian television what Rupert Murdoch is to the home medium worldwide. In  the year 2000 when satellite broadcast on India was struggling for an identity Sameer joined Star Plus as Head Of Programming,  and turned the tides of television viewing by spearheading the ultimate game-show Kaun Banega Crorepati and the Mataji of all soaps Kyunki Saas Bhi Kabhi Bahu Tthi. Applause Entertainment, the  entertainment company that  the  media baron has  built  and nurtured along with his partner Deepa  Sehgal , recently turned five years old. This is  a  good time for Subhash  K Jha  to  look back at  Sameer’s   success story  , from the mastermind behind  Kaun Banega  Crorepati to the helmer  of such OTT  triumphs Scam 1992  and  Criminal Justice.

You are the brain behind two of Indian satellite televisions  game changers   Kaun Banega  Crorepati   and Kyunki Saab Bhi Kabhi Bahu Tthi in the year 2000. Do you  look back at  show as your greatest triumph  so far?

I do look back at KBC  and  KSBKBT with some amount of satisfaction. With KBC   I was absolutely sure  that it was going to be Mr Bachchan  as the  host. Only he had the clout to enter every household. At that point of time, nothing else was certain. Would the concept work in India? Mr Bachchan himself was advised by everyone not to get into television. I left the VHS with him urging him to ‘Push Play’. After three months of indecisiveness, I  flew to London with Mr Bachchan to witness the shooting of Who Wants to Be A Millionaire (the original version  of KBC)  firsthand.That clinched it. On the flight back, Mr Bachchan finally said yes and we were on.We erected a set for KBC, identical to the one for Who Wants To Be A Millionaire?. We didn’t cut any corners.

KBC helped Mr Bachchan as well as Star TV . While it resurrected the Big B’s career, Star went on to become the number one channel in India.I see  you as an big part of those two  triumphs?

That’s very kind of you. But each of  us comes with his or her own karma.For KBC we had a viewership of 25 million in 2000. It went up to 90 million on 2010. What KBC did was to reinvent Mr Bachchan’s image.It made him the household favourite in every family. He was the hero of the father and the mother. They introduced their hero to the son and the daughter of the family,” Nair adds.Not too many people remember that Kyunki Saas…  and KBC began telecast on the same day.

Also Read:  “My Birthday  Is As Usual With My Sons,” Zeenat Aman On turning A Year Older

What were you smoking when you did KBC and  Kyunki Saas?

Ha ha. A lot of tobacco. But now I’ve quite smoking completely.

As the  CEO  of  Applause Entertainment  you have built the  company from scratch  to its current position of a leading content  provider. What is  your secret  formula?

The purpose of a storyteller is not to tell you what or how to think and feel, but to give you something to think and feel about. This is what we strive to do.  Building a scalable creative business requires art, science and magic blended with considerable fiscal discipline. As we celebrate our 5-year anniversary today, we feel a deep sense of gratitude towards every single person who helped make our vision to dazzle, disrupt and delight, come alive.

How would you  describe the journey from being ‘Applause Entertainment’ to becoming the ‘House of Applause’?

It   has been a dramatic yet rewarding ride and the love has been definitely worth all the risk. Heading into the future, we are excited to continue telling stories that are intensely local, but also aspire to resonate with diverse audiences across the globe.