In what could  be seen as a severe blow to filmmaker Sanal Sasidharan’s judicial battle  to make the  I & B ministry and  the IFFI accountable for ousting his film S Durga ,  the Kerala High Court on Friday postponed Sanal’s hearing to Monday.

“This , for all practical  purposes, means the end  of my struggle to get judicial help for the way my film was treated by the IFFI.  Because the International Film Festival Of India starts on Monday(in Goa). If my hearing  in  the honourable  Kerala  High Court comes  up on Monday what purpose will it serve to get justice for my  film? It will be too late for any kind of damage  control,” wonders Sanal.

Shocked and defeated Sanal says, “First the honourable Kerala  High Court postponed my hearing from Tuesday  to Friday and now it’s gone to Monday. Obviously there is a pattern here which anyone can see if  you look.”

Sanal wonders what  an artiste  like him can do in the given  circumstances. “When the Government or any powerful body muscles  into  our creative territory and muzzles our voices we  have only the judiciary to  turn to. If the  judiciary  turns  a blind eye to our plea, where do we go? And  this is  not just about filmmakers and  other artistes. Voices of  people  from every walk of life is being muzzled. We are heading towards a fascist state of governance where all independent voices, voices that make the powers-that-be uncomfortable, are smothered and silenced.”

The harried filmmaker sees  a pattern in what happened to his film and is now happening  toPadmavati. “It is being ensured that my grievances are postponed  until the IFFI starts  On Monday. Likewise  I’ve a feeling it will be ensured that Sanjay Bhansali’s Padmavati won’t be released until  the Gujarat elections.”

Sanal condemns the hooliganism  that has taken over creative forces in  this country. “I am shocked to  hear elements wanting to cut Sanjay Leela Bhansali’s head and DeepikaPadukone’s  nose. This  is sheer anarchy, a complete breakdown of law and order. Anti-socials are being given  a free hand. A filmmaker like  me is wasting time fighting the system rather than completing my film….Or maybe that’s the whole game-plan.”

No Online Leakage Of Raaz Reboot 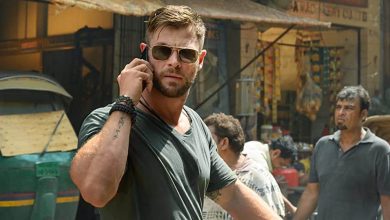