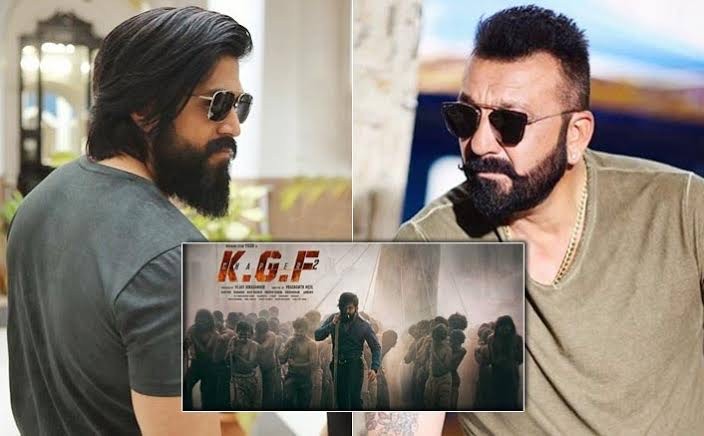 After the health trauma that he has  gone through Sanjay Dutt was  expected to be in subdued form on returning to work for  the  multi-lingual  KGF2  directed  by Prashant Neel.But Dutt  has  surprised  everyone with his  zest and energy.

Though Dutt is yet to  resume shooting he is into full preparation. A  source  confides  that  the  initial plan was  to tone down the action scenes  in  keeping with his frail condition after the cancer  recovery.

“But Dutt Saab is unstoppable. He’s  like  a tornado,not willing to  let anything dampen his spirit

We are  frankly very surprised  by his  enthusiasm,” says a  source.

“I’ve  not seen  such a high level of energy in  any  actor.Sanjay Dutt Sir is  going to to rip the screen apart  in  the action scenes,” says   superstar Yash about his co-star. We wish to see  SanjayDutt  back in  full  action, and  going by his  astonishing  resilience and recovery, he won’t disappoint us.

There has been a  lot  of speculation  regarding the fate  of  Kannada superstar Yash’s sequel to  the pan-India  blockbuster KGF  after  the film’s archvillain  Sanjay Dutt’s serious  health setback.

All speculation can be  put to rest now. Coming straight from a source  very close to superstar  Yash is news that will bring happiness to all his fans.

“There is no delay in the film’s completion because  of Dutt Saab’s health. The film is on schedule. Preparation for  the next schedule is  on full swing in Bengaluru. Other actors  started  shooting  from the first week of October and  Yash will  join in later.All shooting  will be  completed  by  the end of  November,”  the source very close to Yash informs me.

What  about the portion requiring Sanjay Dutt’s presence? “Luckily Dutt Saab  completed  most of his shooting. There is just one  action sequence remaining .”

The release date  for  KGF2 is to be decided  only after the  theatres re-open.But no OTT  release for  KGF2, that’s for sure.