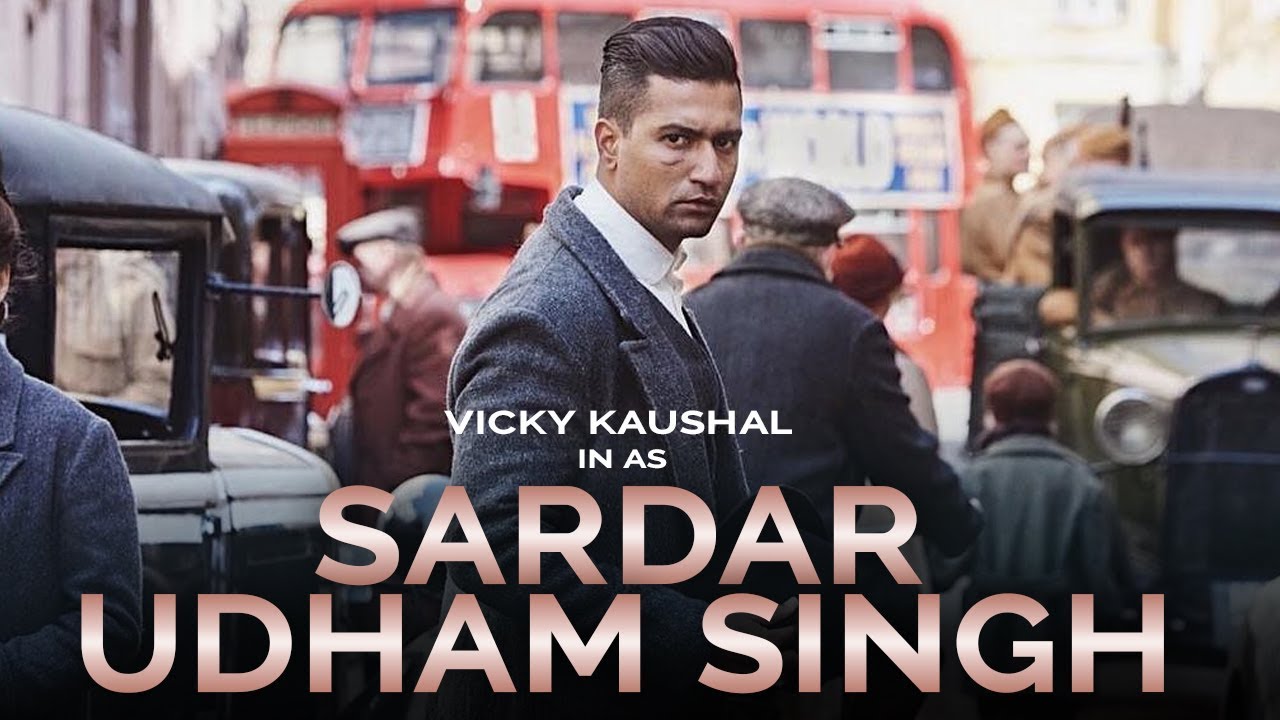 Where  were  you  on 13 April   1919 when the  Jalianwala  Bagh massacre happened? And  where were  you  on 16 October 2021 when  Sardar  Udham, Shoojit Sircar’s remarkably  mordant  film about the Massacre, was released?

Note the  two historic dates. One  when the historic event  actually  happened .And  the other when the event that created history  was recreated in a  film that’s at once  a comprehensive bio-pic and a sharp thriller about  an assassination  of  a dubious political figure  ,a  la  The day  Of  The Jackal.

Indeed Frederick Forsyth  meets  Richard Attenborough in this  astute, if over-long  cinematic replication of an assassination that shook the world.  The  film is  punctuated  by bouts  of  indefinable pathos  and  yet Sircar, a master when it comes to  temperate  storytelling, exercises an  incredible  restrain over his  potentially unwieldy narration that takes its protagonist  here  there  and everywhere.

From Sunam, a village in  Punjab to Russia, to finally London where General O’Dwyer(Shaun  Scott, well played) is   now busy giving lectures  on  the glorious days  of  the British  Raj and what a brave and noble  deed he  performed by  ordering the  Massacre… “to teach  them a  lesson.”

For  all  its anti-British tone, Sardar Udham  bravely  refuses  to demonize the Britishers.In fact one of the  British interrogators  of  Udham, played by Stephen  Hogan I so sympathetic  to Udham’s crime that he  almost ends up looking like  a token of reconciliation. Also,  I  sometimes  caught O’Dwyer  looking stricken with guilt(or was I just imagining it) before he is assassinated, as he  ought to be.

True to its mercurial mood  , Sardar Udham follows a capricious  timeline. It starts with Udham Singh journeying from his  village  to  London via Russia , then moves through early years where  we are told rather airily that  he was in love with a mute girl named Resham(Binita Sandhu). It ends with the recreation  of  the  Jallianwala  massacre.

And  this is where Sircar’s film goes  from being an admirable  bio-pic to a certifiable masterpiece.The  last 45-50  minutes of the lengthy(almost  2 ½  ours)  film shows the carnage in all its sanguinary splendour. Sircar  and his Udham, Vicky Kaushal, pull out all stops  as  bloodied wounded  survivors  of the massacre are  carted  to hospitals. The  Massacre  makes for a harrowing watch. But you can’t take your eyes off the orange-and-red fire and blood, splattered screen.

Cinematographer  Avik Mukhopadhyay , director Sircar’s long-term collaborator  is  the  second hero of  the film. Avik’s lenses  capture the  London of  the  1920s with an understated grace. Sircar neither overdoes the  pungency  nor undermines the  immediacy  of period details. Every period details looks  just right.

How did he do it? We will never know. The director himself would be hard put to  explain the film’s pitch-perfect tone,  the  absolute eschewal  of  melodrama, the  sparing scintillating use of Shantanu Moitra’s  background score and  the  remarkable regard  for preserving and yet liberating  history’s  mysteries  with a visionary’s  flourish   as  deft and delicate  as  the notes of Vande Mataram and just as affecting.

The  performances are in keeping with Sircar’s mood of mellow rebellion. While  Shaun Scott’s  General O’Dwyler is  caught in all  the awkwardness  of  a political butcher  posing as  a martyr,Amol Parasher ‘s Bhagat Singh is ludicrously sketchy. As  for  Vicky Kaushal’s  Udham Singh it is  a performance laced with grace,tinged with  bitterness and  defined by a dormant rage.

When Kaushal says  something as  innocently  pacifying  as “Mere bahot saare  British friends hain” he  sounds as fringe-friendly as  those fake  liberals who say, “I’ve nothing against the gay  community. In fact some of my  best friends are  gay.”

With Udham  around it’s clearly not safe to be  a British imperialist.Forget gay.