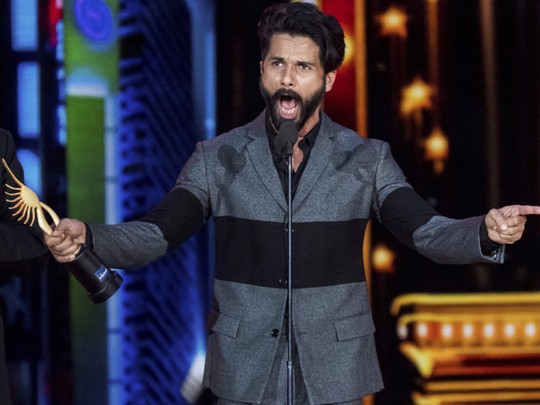 It isn’t only outsiders   whose  careers suffer because  of  the machinations of a this  Powerful Production  House (PPH) in  Mumbai.

Star-kid  Shahid Kapoor  was  also a  victim of the same PPH’s  dishonourable  designs. The actor had a huge fall-out with the head honcho  of  the  PPH   after doing a film with him.  Not only did   the Head Honcho vow never to work with Shahid again he  also  did  his best to dissuade  his  friends from working with him.

When  the Head Honcho got to know that  Shahid had ben signed to  star as one of the two  leading men  in a historical  epic  directed by Bollywood’s  most celebrated  epic director the Head Honcho instructed his favourite  protégé  who was the other leading man in the  historical epic to  quit the project.

Like  a robot  the protégé went  and told  the epic director what his mentor instructed:  he will  work  with the  epic director only  if  Shahid is  told to leave .  This was  at  the  final hour just before shooting  was to begin. The epic director, not known to take nonsense  from any  actor,  told  the  Head Honcho’s protégé   that  Shahid won’t be replaced.

Two months later  the  blue-eyed boy  of  the powerful production came back  to the epic director saying he had  been misled by  someone and could be  please  be taken back into the  project.

The rest is history.

Related Topics:Bollywood news
Up Next