The desperation to get publicity works  both ways. If  a filmmaker needs his film to be noticed, those who protest against  films also do so for the same reason. This fact come to  light as  one hears  of the Karni Sena—the same Rajasthani fringe outfit that assaulted Sanjay Leela Bhansali  and threatened  cut off Deepika Padukone’s nose during the shooting and  pre-release space  of  Padmaavat—  extending  support to  Pahlaj Nihalani in his  fight against  the Central Board Of Film Certification.

The filmmaker and former  chairperson  the  CBFC  has  gone to court against the  CBFC’s decision to impose multiple cuts on his new film Rangeela Raja. So where did the Karni Seva, desperate to  garner some  attention post-Padmaavat,  come  into the picture?

A  source from the censorboard  finds  this Karni  support for Nihalani’s film appalling. “This the same  faction that created havoc for Padmaavat. Now they want  to support Rangeela Raja. Why? Just because Nihalani is waging a  war against the censor board? What  do they know about the content of Nihalani’s film Rangeela Raja? It is downright disgusting to see censorial  actions being hijacked  by  opportunists. And  that  goes for Mr Nihalani himself.”

Pahlaj Nihalani is unfazed by the criticism. “I have no idea why  they are  extending support to my film. It is very ironical, because during Padmaavat they were attacking the  film industry. Now they are supporting me.I never asked for their support.So why should I  turn it down?”

No harm in availing  of  ‘fringe’ benefits, eh Mr Nihalani? 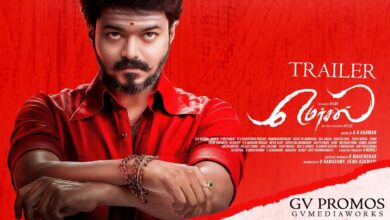