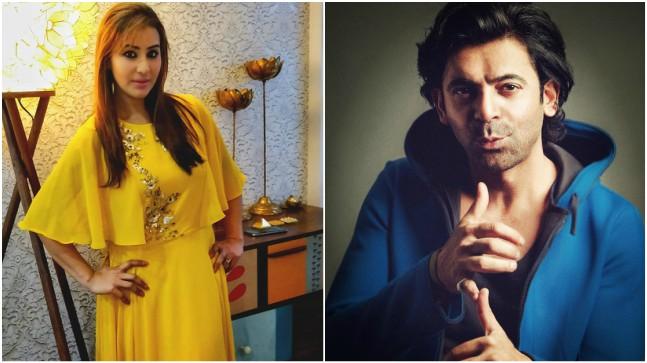 The cold war between  two comic stars Sunil Grover and Shilpe  Shinde  intensifies as  Ms Shinde, in a  conversation with  me  , lashes  out at Grover for  trying to hog  the limelight. “He is such a popular and  fine comedian.  But  a  very poor team  player. He  tries to  take  over  the show. That’s not  how comedy works, comedy is  a  matter  of give and take. Sunilji cares  about no  co-artiste .He has only three concerns while  shooting: I , me  and myself. As far as  he is concerned, the rest  of the team is  irrelevant. Why would I want to work with someone so self-obsessed?”

Shilpa says she  had refused the show initially  when she heard Sunil Grover  was part of it. “When the  producers  approached me I told them I’d be no part  of any show  featuring  Sunilji.  You see, I have experienced his selfish  work  ethics. We did a live comedy show for  the OTT platform Dan Dana Dan  in 2018. There I got  my first  experience of Sunilji’s mode of  working. He would  take over all the  gags and jokes and the rest of us  would be left looking like  junior artistes, Why would I want to  work with him again?”

So why did she say  yes  to  Gangs  Of Filmistaan? “Because  the  producers  told me I wouldn’t have to shoot with Sunil  Grover. They  lied to me.When I  reached  the sets there was only Grover everywhere. All of us became  incidental. It was The Sunil Grover   all the way. This is   not  what one expects from someone  of  his  experience.  He needs to learn some lessons in  grace dignity and  the team spirit.”

In contrast Shilpa  says  Kapil Sharma  plays the  game in the true team spirit. “Everyone on  the  Kapil Sharma  Show is  given a voice. Kapil  gives every artiste  space  and respect.  That’s why is  he is Kapil  Sharma.”

Shilpa   was  also  alarmed at   the post-Covid rules being flouted  on the sets of  Gangs Of Filmistaan. “They were  shooting unearthly hours . And when they brought on board two new writers one   of them tested for  Covid19. It was  not what I’d call a very pleasant experience. I wouldn’t want to  go through  it again.”