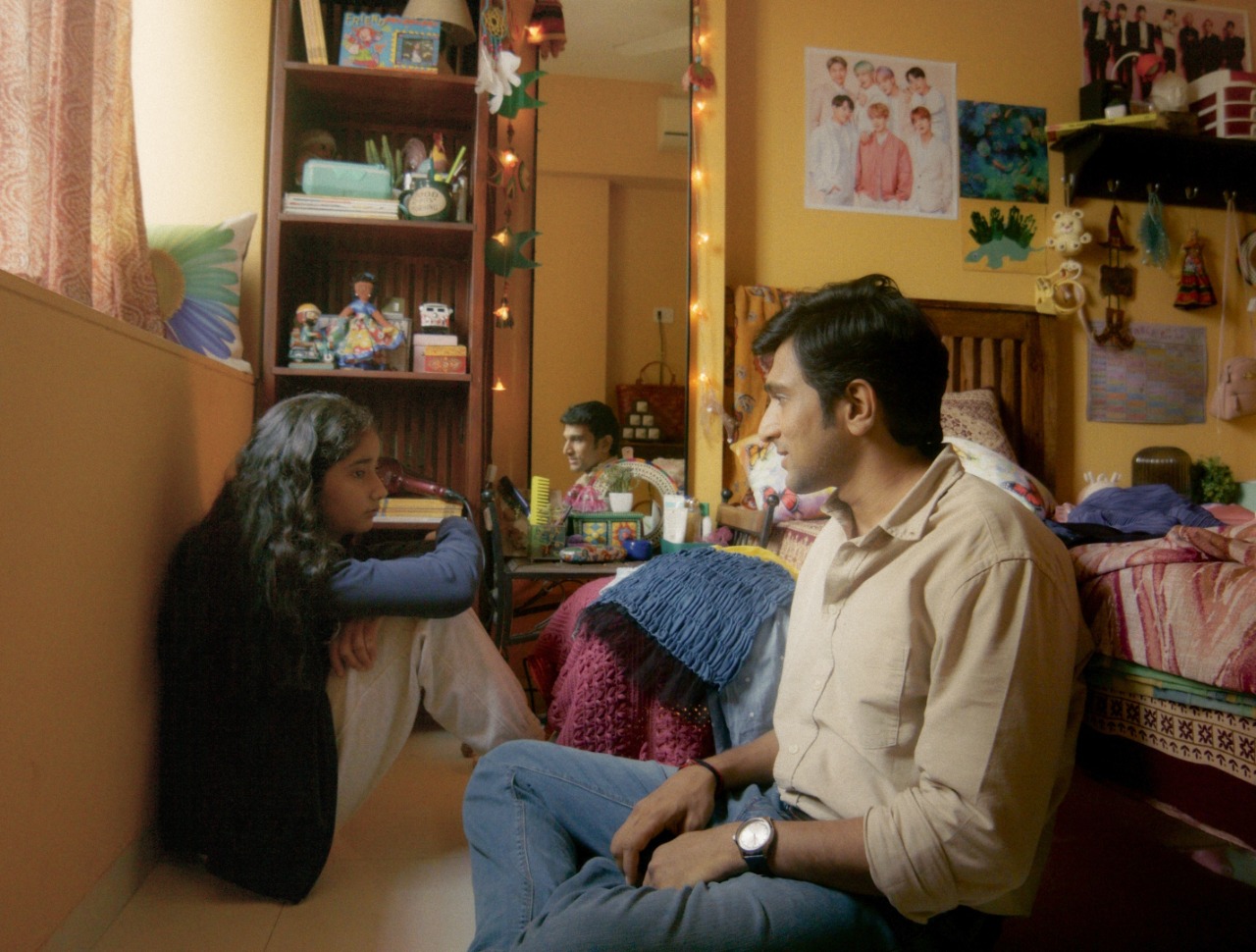 In less than a minute  of  the playing-time  of  the trailer  of the short-film Shimmy directed  by  Disha Nyonka  and streaming from tomorrow  on Amazon’s miniTV,  I saw more   chemistry than  anything between Mallika Sherawat  and Esha Deol in  4 hours ,  8 episodes  of  the  just-released series Nakaab.

Pratik  and the girl  Chahat Tewani look so much like  a  real-life father and daughter that  I   had to ask  Pratik if they are actually related(they are not). The  trailer shows a single father grappling with glorious  gusto,  with the  puberty problems  of his demanding  difficult  daughter. It’s all  done with such  heartarming realism that I can’t  wait  to see how  the  film will pan out.

The  director Disha Nyonka says, “Shimmy is a special movie for me. It is the story of an aloof father and a daughter with a secret and how they embark on a journey to some uncomfortable destinations. I wrote it with Jai Mehta, never thinking that someone would let me direct it one day. I am grateful to get the right partners in Guneet and Achin with Sikhya backing this story super close to my heart. Shimmy is an ode to all the fathers who are trying to fathom the unexpected turns and milestones in their kids’ life and build an intricate connection with them. I couldn’t think of anyone more apt than Pratik for this role and can’t wait for people to see Bhamini’s role which pivots the film’s narrative by miles. It was fascinating to see them play roles of strangers, with a spark. In a society where fathers are perceived to be less expressive, Shimmy is all about a journey of a man from being a father to a friend.”

About why he chose this role, Pratik Gandhi says, “I feel blessed that Shimmy found me. The story touched me deeply. As an actor I have always believed in experimenting and with Shimmy I got to play around a lot internally as an actor. Amol is a very relatable character going through an unknown curve as a parent of a teenage daughter. Disha is a very talented writer and director who can add her magic in simplest of moments. I have been following Sikhya Entertainment’s journey and love the content Guneet has backed out all these years. It was a complete package for me and an instant yes! I loved every moment of shooting this film and can’t wait for audience to see it on Amazon miniTV.”