Lata Mangeshkar: “I have had  the privilege and pleasure of singing some Tamil songs for him in the films Anand and Sathya. Then I got to sing a Hindi song for Ilaiyarajai in a  film that Raj Kumar Santoshi directed. His  compositions are  pure genius. Mastering the  nuances of  the Tamil language  was not as difficult as  being able to sing the way he wanted me to.He challenged my vocals like Salil Chowdhary and my brother Hridaynath Mangeshkar’s compositions. I also sang a  Hindi song Kaun dagar kaun nagar for Ilaiayaraja in  a RajKumar Santoshi  film(Lajja). His compositions are deceptively catchy . But the singer knows how complex and layered his songs are. Such a  simple man  and with such unfathomable depths  of talent. Ilaiyarajaji deserves  the biggest honours and recognition.”

Prasoon Joshi: “It is  a very special feeling to have  him win the Padma award . I have had the honour of having my very first film song composed by Ilaiyarajaji and sung by Lataji forLajja. What better shubharambh could I have wished for ?”

R Balki: “I’ve had the privilege of working with Raja Sir in all my films from Cheeni Kam toShamitabh. Even the Bharat Ratna is not enough  for him. He is the man who has defined music for one-half of this country. They fall in love in love to his music in their heads…When they are sad they emote to his music in their hearts.. … When they want to feel better at any time they just hum his music… When they are happy their feet dance to his music…When they want the weather to get cooler they just play his music and shiver in delight… When they visualize death they hear his strings… When they dream of heaven they play his orchestra with their vocal chords. Music cannot be  better defined  by  a simple visit to the south of India than any of my words. To feel Ilaiyaraaja in the air. South India is a living breathing museum of his music.”

Ustad Amjad Ali Khan:  “I am very happy to know  maestro Ilayarajajee  receiving the Padma Award.He is the most deserving musician.   In fact he should  have  been honoured with many other Awards.He is a true genius and innovator…. I have the  greatest  regards and love for dear Shri Ilayarajee …. Hope  he gets  much greater awards in his musical life.God bless him and his Family.I am  a humble admirer of the maestro Ilayarajajee.” 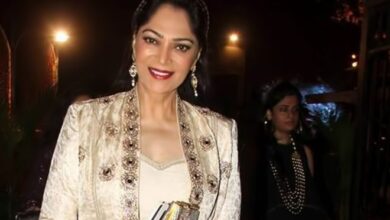