There is nothing like  a perfect spy thriller. But Spyder comes close.

It is svelte swanky and slick in a way that Telugu cinema is  lately learning to be.  Most  important of all, the leading man  none other than Mahesh Babu, arguably Andhra’s no.1 star,  plays it so cool, he is almost the antithesis  of  Prabhas’ sweaty  over-exertve performance  in Baahubali.

An  intrinsic  intelligence is applied to this film about Intelligence and espionage.Though there are wide passages of  unbelievable visual spectacle  and plot twists that coil and recoil through  a maze of unrepentant incredulity, there is nonetheless at the core of  Spyder a  yarn that induces an adrenaline rush in the audience while it rushes to  go where angels fear to tread.

Sypder, for all its overweening ambitions to keep the proceedings as  real as possible, never quite manages to avoid the outrageous. There is a  creeping tension enveloping the lengthy narrative. Though the  film is  2 ½ hours long the length never sits  uneasily on the  narrative.Though the language is Telugu and  I watched  it without subtitles , I found  no difficulty  in  following the plot.

Some passages  in the screenplay are sheer ingenuity masquerading as  masala fare. The post-intermission  episode where Mahesh Babuplaying a  government surveillance agent, takes the help of tv-addicted housewives to nab the terrorist, is a work of sheer genius.And the way the hero saves his mother and kid-brother from the sadistic  villain has to be seen to be believed.

Innovative writing in Indian cinema is   hard to come by. One that synthesizes thrills with a certain sobriety so effectively is rare.Murugadoss’ writing is  always ahead  of  his (considerable) skills  as a  director.And that’s a good thing. While he lets MaheshBabu’s star power do all the talking(even while the actor himself remains  distractingly quiet through most of the mayhem) the director leaves nothing to chance.

There is  no point of randomness in  the plot. Every episode is written with a precise  intent and pulverizing purpose. Consequently  the storytelling let loose a cannon  that blows  the screen apart.

The plot’s construct is controlled measured and  kinetic. The narrative takes time to build itself up into a frenzy  of excitement.We are introduced to Mahesh Babu’s Shiva  almost as a  boring whitecollar  government  officer determined to save distressed lives.

“I am no Superman  or Spiderman,” Shiva tells his friend  and then proceeds with intense irony to peak the pique,  as Shiva  take on  a psychopath who has a back story that tells us with disturbing directness that  the psychopath loves to  kill for the  fun of it.

The climax in a collapsing multi-storeyed hospital  is  shot with an eye  for cataclysmic  kicks.Cinematographer Santosh Sivan shoots the action sequences ,replete with collapsing  floors and walls and entire streets being mowed down by a deadly boulder, with the glee one saw in the Hollywood disaster films of yore.  Editor Sreekar Prasad leaves no room for humbug in this tightly-wound tale of the treacherous and  the taut.

But  I wish the song-breaks had been done away. They are  distracting in a medieval show of musical freedom.Also, Rakul Preet Singh playing the female lead is used almost like a comic sidekick to the hero, the way Sonakshi Sinha was  used my Murugadoss in  Holiday.  Either he makes the heroine the  hero  of  the  film, as he did in Akiraor he just uses her as a prop. Is there no middle ground for a  more balanced gender equation?

The crux and the crisis of the plot converge on Mahesh Babu and the antagonist played by Suriya. One  is understated almost to the point of showing no emotion. The  other lets it all hang out. They make quite a pair , the yin and the yang whose action speaks far  louder than their words.

Oh  yes, there is a delectable tongue-in-cheek homage to Murugadoss’s  Ghajini which is shown being screened in  a theatre while Mahesh Babu searches for a  character who helps piece the villain’s life together.

The  more we explore the anatomy of violence in cinema the more it appears to the same.

Murugadoss takes a familiar bad-guy-good-guy plot and converts it into a compelling cat-and-mouse game shot in colours and  falvoursthat suggest life in times of impending death.

Shabana Azmi Breaks Her Wrist, Flies To  Budapest For Spielberg Shabana Azmi’s commitment to  getting it right, no matter what it takes, is  by now beyond legendary. She  is known to go to extreme lengths for her  characters, the   quick-reference what-Shabana-can-do-for-a-role film being Shyam Benegal’s  Mandi where she had put on 30 kgs to look like  a  ‘Madame’ and  convey her message  in  a  brothel.

Now , Shabana  flies to Budapest on the  night  of 8 February  in spite  of having broken her wrist.

“What  to  do, I have to.I’ve to shoot another schedule  of my second season of  Halo(the series  produced by  Steven Spielberg) . There is no way I can postpone  it. I am very upset with myself. It  was such an  unnecessary accident. I was in Jindal . I took a jump and landed with a  fractured wrist, ”  says Shabana  angrily.

This is not  the first fracture that Shabana has suffered in recent times. Before  the wrist  that’s broken now, she  had broken the other wrist. And  prior to that she  had broken her shoulder.

“I’m supposed to be  shooting till the 28th  of February. And  it’s all very tough physically rigorous  scenes. I don’t know  how I’m going to do it. I am  really annoyed  with  myself for  being careless.” Shabana sighed  before signing  off.

Knowing her the way I do,I can only say, nothing is impossible for Shabana Azmi. 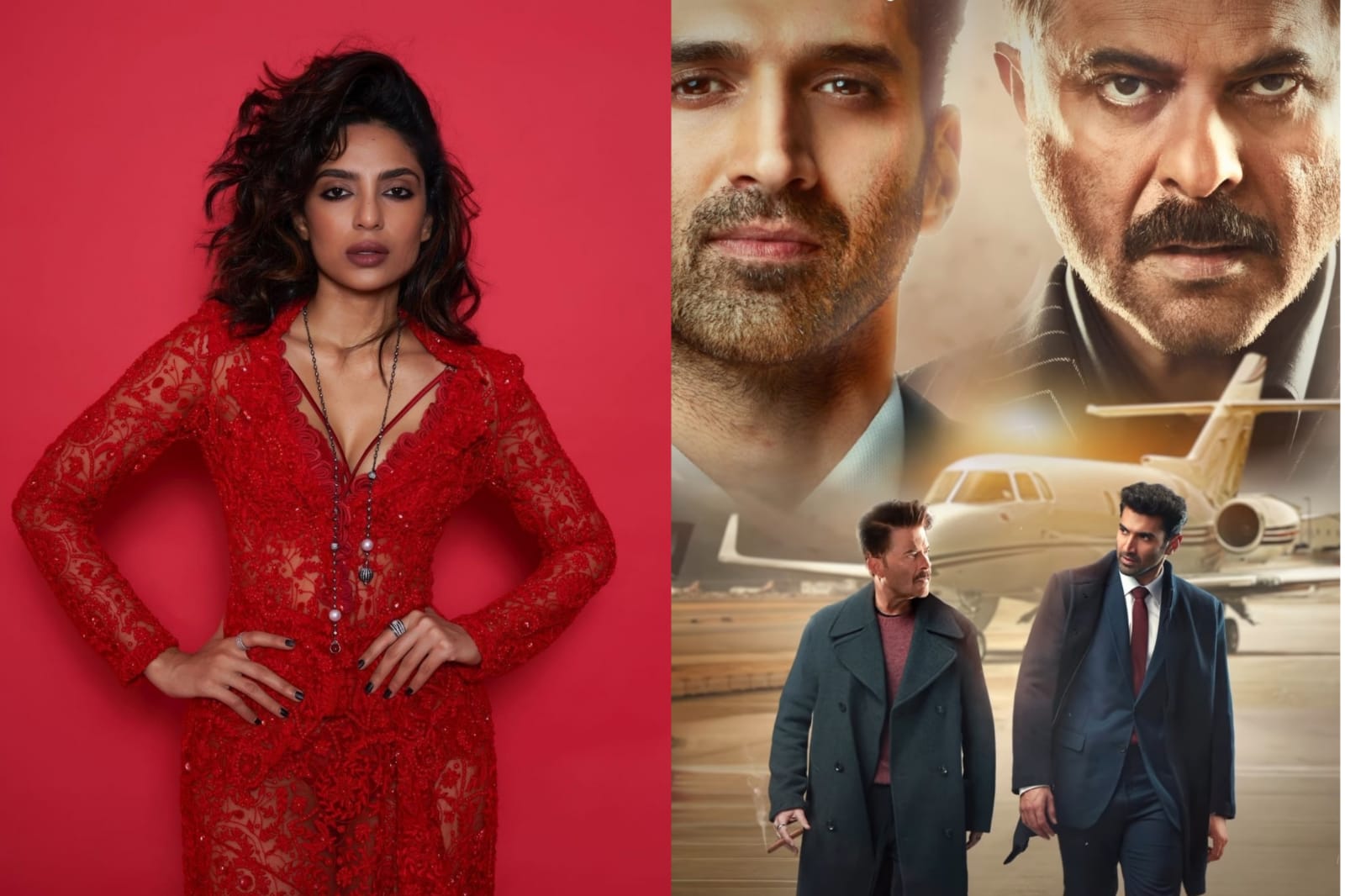 Sobhita Dhulipala has constantly tried to  make an  impression  with her intriguing performances and roles. In The Night Manager she  slips into the mysterious role of Kaveri.

Talking about her character, Sobhita Dhulipala says , “There’s a certain intrigue to Kaveri. On better days, you feel like you get a sense of who she is, but you could never be too sure of what she is.”

Being a  water  person  Sobhita  enjoyed her character’s aqueous antecedents, “There is a very visible parallel that’s drawn between Kaveri and water throughout the show.They both can be so gentle, so nourishing, but also very tumultuous and deep. Kaveri seems like that. She has this tenderness as well as a current within her.”

Sobhita comes from an aquatic  family and  feels  a deep affinity  to  water. “I have in the past been compared with water’s energy and I thought it was a tremendous compliment. So, to be able to give form to that feeling, that connection I feel with it..it’s great. My father is a sailor. And I spent many of my younger years at sea, also the home I grow up in was by the shore. I also love the name Kaveri and I always thought when I have my own child, I’d name him/her by a river! So, I think there’s, resonance, all of it really comes together for me.”

The Romantics Adi Chopra’s Show All The Way 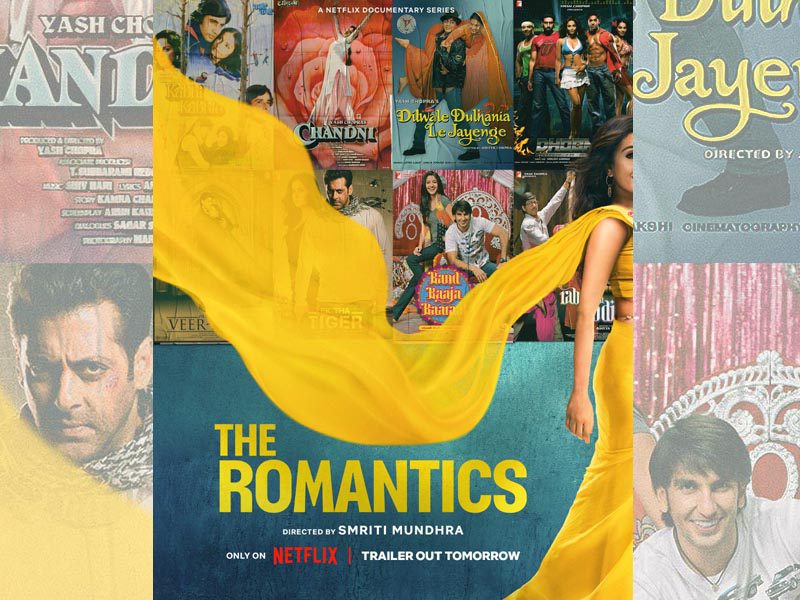 A  source very close to  the project reveals, “If it wasn’t for Adi’s nod, the project  wouldn’t have happened. He not only greenlighted the project, he also personally supervised every aspect of the project. Smriti Mundhra is  on board as the director of The Romantics.  But it is  Adi who decided what  goes, and what  not.”

Apparently  the  thirty-five interviewees speaking on  Yash Chopra in The  Romantics  were all  personally approved  by Adi Chopra who  also agreed to do his  first video interview ever for the docu-pic on his distinguished dad.

Adi Chopra’s one  and  only print interview was with  film critic/editor  Khalid Mohamed.

The Romantics starts streaming on Netflix on Valentine’s Day  February 14.

As Shahid  Kapoor Gets Ready To Make  His Digital Debut, He Takes Time  Off  For A Q & A With  Subhash K Jha

Farzi is your first foray into the OTT space. How would you describe the experience? Is it any different from doing the films for the big screen?

I’m very excited to be doing my OTT debut, as everybody calls it. I think I did it because I love  the directors Raj and DK and their work, and I actually really really liked the idea and the concept behind Farzi, the world of counterfeiting . I felt Sunny was a character that was as challenging as some of my most challenging characters as I’ve done yet. So I immediately wanted to do it.

And was it any different  shooting for an OTT series?

Of course, it’s different because you’re watching the character over five to six hours as opposed to maybe two to two and a half hours. So it’s a deeper, wider opportunity to bring a character to life, that’s it.

Farzi gave you the opportunity to work with the great Vijay Sethupathi and also the creators Raj and DK. So what was that experience like?

With Raj and DK, I’ve loved Family Man very much and we’ve met over time and always wanted to collaborate. So I was really looking forward to it. In fact, I asked them if they have a show because they were calling me for a movie because they didn’t really expect… they didn’t think after Kabir Singh,  I’d like to do something like that , or whatever. But I actually asked them for it and probed  for it, and then they actually told me about this concept which we had discussed as a movie earlier.

So why  was the feature   film converted  into a digital series?

It was just too elaborate to turn into a movie, to fit into a movie. It was only extremely sensible of them to turn it into a show because it deserves that much screen time.

With Vijay sir, it’s been a pleasure. And I want to see how people receive the show. He’s a fantastic actor who has always rediscovered himself and given people completely different experiences when he has come on the big screen. So it’s a privilege to have him on the show. And I had a blast working with him.

Shahid, it’s been twenty years since you started as a leading man. How do you look back on your career so far?

I feel very fortunate to still be here. And I feel grateful that people find my work relevant. I feel there’s a lot more that I would like to do. And I think I am as charged as I was at the age of 21, giving my first shot, as I am today. And I think that’s the best part of the entire journey, that I still am as excited and as curious to get on that film floor and give my next shot. I think that’s what drives any artist.

I’ve got Farzi coming out on  10 Feb. And then there’s a movie with Ali Abbas  Zafar, which is an action thriller, a  slick action fun film, which will come out in the middle of this year. And then there’s a high-concept quirky love story that I’m doing with Maddock Films, which is directed by a new director. His name is Amit Joshi. It has me and Kriti Sanon in it, and Dharam ji and Dimple ma’am and various other very talented people.