Rohan  Mehra  is  not just  another star-son. Being the son  of  the versatile Vinod Mehra, who  left  us all too soon, he was no privileged scion with a golden spoon. Now that his debut film Baazaar  is ready  for release Rohan shares  his pain and pleasure with  Subhash k Jha

What made you pick Baazaar as your debut? Or did it pick you?

I feel very blessed that Nikkhil sir (producer Nikkhil Advani) gave me the opportunity and chose me to star in Baazaar. I remember reading about how he saw the story as one along the lines of Yash Ji’s classic films like Trishul and Deewar. I have to be honest and say that it took a lot of convincing to let him audition me for the part. I don’t think Nikkhil Sir was looking for a newcomer, as it is an incredibly challenging role, and one which required a high level of performance.

What was it like working with Saif Ali Khan? Did he help you with your scenes?

Working with Saif was great fun. He is such an entertaining and knowledgeable person and a brilliant actor. He helped me so much, and was so kind on set.He definitely made my first film experience everything that I would have hoped it would be. I think in the process we have become good friends, and that is always nice.

There is a raging discussion on nepotism in the entertainment business. Would you say success is easier for star kids?

In my opinion, success isn’t ever easy for anyone. It takes a lot of hard work, commitment and a dash of luck to be successful. I don’t think it is easier for star kids. Eventually every newcomer wants to have a long and successful career. Being the child of a star, or someone in the industry definitely can’t guarantee this.

You are the son of Vinod Mehra, a versatile and underrated actor. Have you seen his films? Which are your favourites?

There a number of films of his which I admire, it is so difficult to pick just one! However, if I were pressed I would say eitherBemisal or Ghar. Also, I must admit that my father’s character and performance in Anurodh holds a special place in my heart.

You lost your father very early in your life. What memories do you have of him?

Unfortunately, I never had the pleasure of knowing my father. He passed away when my Mother was still pregnant with me. However, since moving to Mumbai I have had the honour of meeting those who were close to him, and through this I am learning a lot about the great man he was.

What kind of career have you planned for yourself?

I hope to have a very long, successful and diverse career. I would love to do films that support great content, as well as films that entertain audiences. I think getting the support and approval of the public is the most important thing, as after all, that is why we do what we do – to strive to entertain and touch people’s hearts.

Who are your favourite directors and actors?

There is something to be learnt from every actor working today. I think actors like Ranveer Singh and Varun Dhawan have done a great job of connecting to audiences as well as supporting good content. They are the gold standard for newcomers, I truly believe that. There are so many great directors working today, my favourites include my mentor Nikkhil Advani, ShoojitSircar, Anurag Basu, Imtiaz Ali and Karan Johar.

Finally,  what does Stardom mean to you?

Stardom is about connecting to the public. It has to always be about them, one can not be too self indulgent. I believe that is the quality that every star, past and present has possessed. 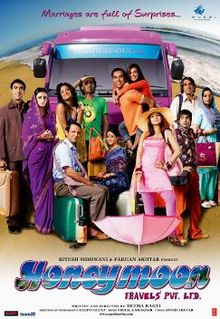