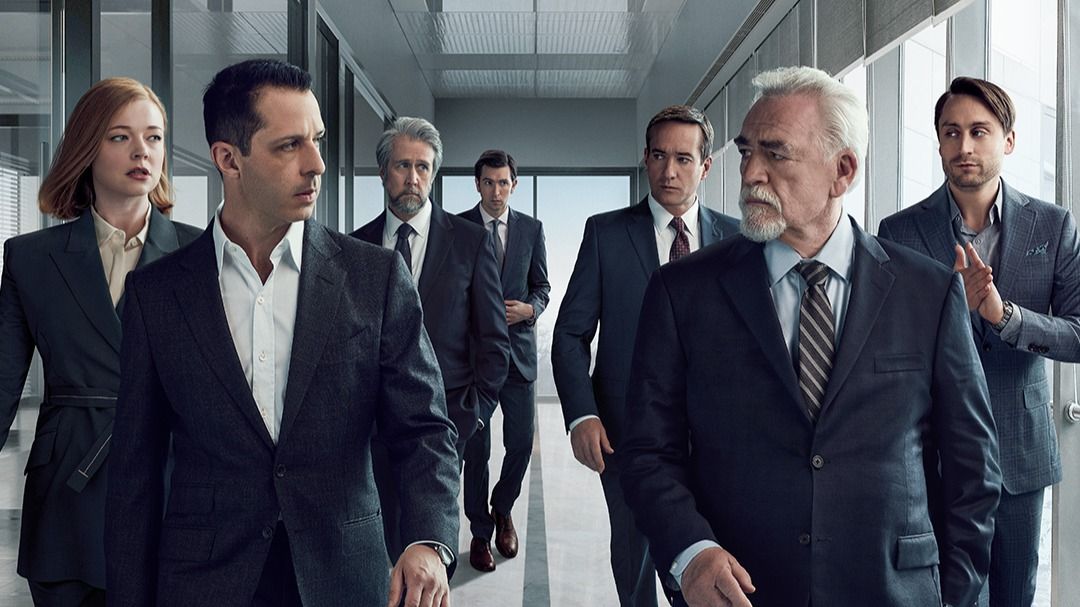 Underwhelming, but nonetheless engaging…that was  my impression  of Succession. I may be  wrong. The  response to the  feudal stimuli is  strong. And  millions can’t be wrong. Ever since Succession began beaming   on HBO in 2018  it has  taken the world by storm.

The murderous antics of  the  Roy family is  unmistakably galvanic. The Roys mean  business.Their brusque brutality  in their selfserving world is a  delightful  antidote to all that  we have heard seen and experience in  our  familiar family zone.

The Roys  are very Mughal in their determination to usurp the throne even if it  amounts to  a  blizzard  of bloodspill. Miraculously no one  gets  killed, although we hear a  lot of talk of power-slaying.  Season  3 is more murderously  Machiavellian  than the  other two seasons. It starts with the  Roy son Kendall(Jeremy  Strong)  publicly taking down his  all-powerful  father  Logan Roy(Brian Cox) from the  business empire’s leadership.

The  series is  handsomely mounted. The   family  is  shown to  be lavish in their  lifestyle as well as their usurping aspirations.

For a  large  part the new  season is  about  Logan’s  heirs, besides  Kendal, younger son  Roman(Kieran  Culkin) and  daughter Shiv(Sarah Snook)  trying to grab power. Their serpentine maneouvres are not at all shocking to us.We know  enough  about  the power games  that  go on  in business families  to know that this family will stop  at nothing to gain power.

Admirably the plot is restrained about the  limits of avarice.  Every character no matter how unscrupulously  avaricious  retains  a certain core of humanism.And that to me is the series’ redemptive  defining core. That apart, the series is directed  with a lot  of  long shots  and  handheld cameras  capturing the sweaty anxiety  of a family on the brink.

What I  sorely miss in this season  is  emotional equilibrium. The  actors  seem  to have been  told to bury  their  characters’  feelings in a rubble of  opportunism. Some of  the performances, such as  Kieran Culkin as  the youngest  Roy heir, and  Matthew Macfadyen(he reminds  of the  tainted  but brilliant Kevin Spacey)  as  Shiv’s husband,   are  brazenly over-the-top, as though  to remind us that the wages  of  sin are hyper-theatrical acting.

The  series  in this season, manages to maintain a  controlled momentum  right till the end. Succession in  Season 3 justifies its existence even though most  of the characters are hellbent on discrediting themselves, none more so  than Brian Cox’s Logan who is  a foul-mouthed ruthless reprehensible business tycoon. Quite the  role model for  the  young generation of  ambitious  wannabe  tycoons.