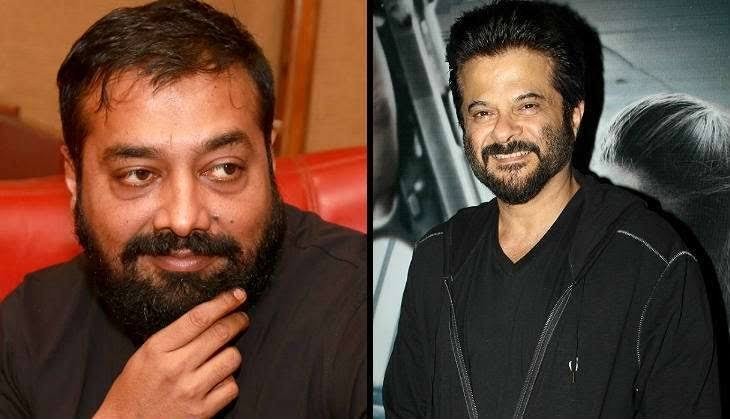 It is  amusing to see how far  film projects  are willing to go  juss to get  the audiences’ attention and how gullible the  media pretends to be  while  accepting madeupmarketing strategies.

This week the  media is agog with  reports  of  a “twitter” banter   between  co-stars Anil  Kapoor  and  AnuragKashyap who will  be seen  together in all their vainglorious resplendence as  two warring  parties  in Vikramaditya Motwane’s AK Versus  AK.

Sources say the entire  Twitter  “banter” between the two  AKs  was rehearsed and  scripted.

“Since the two actors  play  two men with the same  initials  to  their names,  at loggerheads with one another,  this  so-called banter was seen as a  good way to kickstartthe campaign towards  the  film’s release,” says  the source.

Sadly the banter has backfired with Kashyap’s jibe aboutKapoor not getting an Oscar  hitting  close  to  home.

A senior and much-awarded  actress who  is very close to both Anil and his brother  Boney guffaws,  “It is Anil’s lifelong ambition  to get an Oscar. I am sure he didn’t likeKashyap reminding him  of it.”

Anil has so far  done  laughably inconsequential roles  in big foreign films like Slumdog Millionaire and Mission Impossible Ghost  Protocol.  15 years ago Anurag  Kashyap had signed Anil to star in a  film titled AllwynKalichan which never materialized. Kashyap and Kapoorparted ways most acrimoniously.Obviously time is  the greatest healer specially in showbiz .