The BAFTA Nominations, Some Surprises
Advertisement 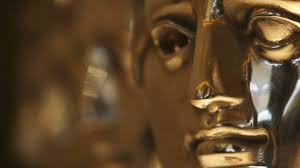 That  our own  Adarsh  Gourav stands  tall  in the  BAFTA nominations  for best  actor alongside Riz Ahmed for  The  Sound Of Metal , late Chadwick Boseman for Ma Rainey’s Black Bottom , Mads Mikkelsen for the Danish language film Another Round,veteran British actor Anthony Hopkins  in The Father  and Algerian-French actor Tahar Rahim   in The Mauritanian.

I am fairly confident that  our own  Adarsh  will beat the competition, tough as  it is this  year. Interestingly  Adarsh is Indian and Riz Ahmed  nominated for The Sound Of Metal( a film and performance I  am crazy about)  is Pakistani. Add to the  last Tahar Rahim who is a French actor of Algerian  descent,  and we have a list  brimming with diversity.Not to mention great acting talent.

The  leading-lady category has veteran  Frances Macdormand(for Nomadland)  alongside the 18-year  black  actress Bukky Bakray(for Rocks) who has absolutely  no acting  experience.My favorite  nominee in the  best actress category is  Vanessa Kirby one of the most  promising new actresses. She  is  spectacular in Pieces  Of  A  Woman(as too in  The World To Come).

Watch out for Ms Kirby.

And watch out for  other non-white performers  like Sope Dirisu and  Wunmi Mosako in the British horror film His  House,  and Kingsley Ben Adir who is spectacular  as  Malcolm X in One  Night In Miami.

At times I wonder  if BAFTA  is   straining  too hard for  diversity in  the nominations. Then I see Adarsh  Gourav in the list, and I  see  so many  women  in the  directors’ list, and  I feel thankful for  the fetish  of diversity that rules  the world  these days. And  let’s not whine  about Priyanka Chopra  not getting nominated  for The White Tiger.She  didn’t deserve  it.But I did miss Carey Mulligan in the  best actress nominations list. She  was  a revelation  in Promising  Young Woman.  Are they holding her  character’s wanton  immorality against her? Or is  it that she is not playing an underdog  in order to be eligible for  immorality(and hence the  awards) ?

Related Topics:BAFTAriz ahmed
Up Next