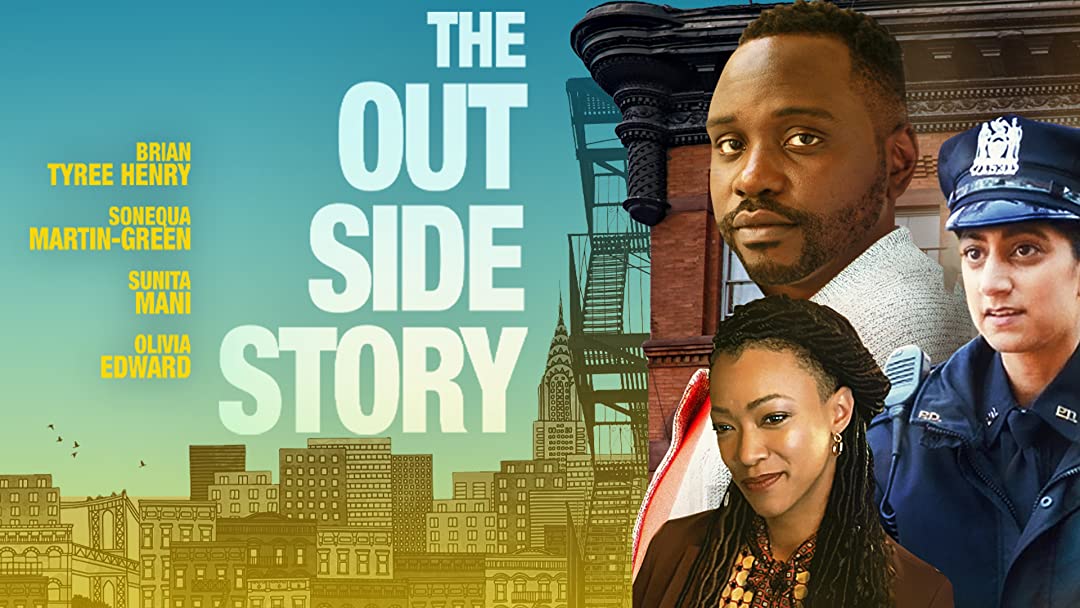 The one unmistakable  advantage  of this  film  about being seriously disadvantaged  is its cast  and crew.There  is  a clear and present  celebration of diversity  here. The lead  is a black American man who  gets locked  out of his own apartment. The cast  also includes  a  non-binary actor and an Indian  actress Sunita Mani  who  plays  a colour blind role.

Sunita plays  a cop named Slater whose gender  is never an issue. I don’t think her being brown or of Indian  origin has  any relevance  to her presence in  this  film about a very  strange  kind of temporary  homelessness. Not  like what  Richard Gere played  in  the 2014 film Time Out Of Mind.

Hey, this is  more serious!  Brian Tyree Henry  as  Charles  gets locked  out of  his own apartment. Charles, we gather, seldom steps  out of his home, not because there  is a lockdown(I  think  this  film was shot before Covid, although going by its lack of social warmth and interactive grace,one could easily be  fooled) . But because he spends all his time on the sofa or on the computer  writing  obituaries(referred  to  by the  Indian actress playing he  cop as  ‘eulogies’)  for  celebrities who are not  dead.

Well, I can  think of a one-word obituary for this  film. RIP:  Rest In Progress. There  is something  unfinished, half-hearted in  Charles’ adventures in his neighbourhood street as he  is locked out in his socks. From the neighbours that he meets,many of them  for  the  first time(this is  not something we need to disbelieve as it  happens in Mumbai all the time), the most interesting  bonding is  formed with  the little girl Elena(Olivia Edward) who wants  to be  a  concert pianist.

I wish this  film focussed  on Charles and Elena, the  one who wants to  be the  king of his own destiny  and  the other who wants  to  play  music.  In  the two  roles  Brian Tyree Henry and   Olivia  Edward work well  together. There is definitely something there,sadly unexplored.  Like everything else in this footloose and  centrefree tale  of  temporary homelessness.

Director  Casimir Nozkowski has assembled  an  interesting cast to play characters  who are  halfway adrift,  but too bored  or tired to  do anything about it. Charles has just broken up with his  live-in girlfriend (Sonequa Martin-Green).He wants her back desperately.  The  best  episode in this colourless  colour-blind  neighbourhood story is  at the  end when Charles’ girlfriend turns  up to take away her things.  He   bamboozles her with his conviction that she must move back in.

At the  end  The Outside Story locks itself   out from any serious  exploration of  relationships  in a metropolitan suburb. It could have said so many things about diverse  communities co-existing in  the American  cauldron. Instead this film  pretends  to be busy elsewhere.