Tributes To Soumitra Chatterjee From His Colleagues
Advertisement 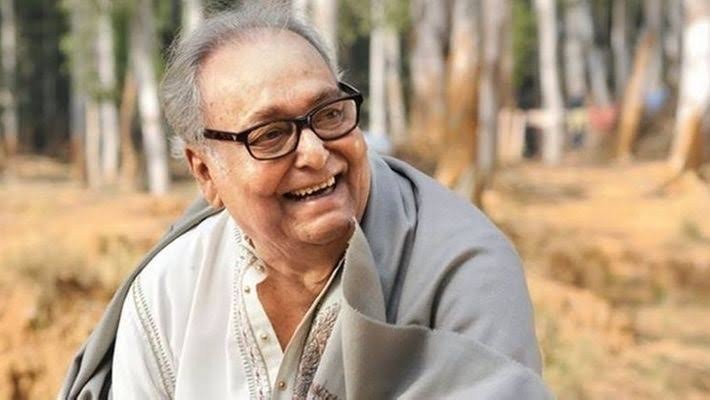 Abir  Chatterjee:  “The last of the Mohicans. Irreparable loss. He was  an institution.He is part of our growing up… Not only as an actor.. but everything. I did a short film with him. 17 mins only 2 of us. Directed by Atanu Ghosh.The short film was titled Reality Show. Later Atanu Da made a compilation of  five  short stories, and  named the film 72 Ghonta (72 hours) .. But sadly the film is yet to release.I was in complete aweof him. He knew my parents for long, and was very fond of them due to the theater connection. So he knew me too.I was more than happy, ecstatic to be honest to work with him. The way he creates magic in front of the camera… the skill, the poise, the grip on the art.You just don’t learn but you tend to absorb everything, when you see him from closest quarters. The hunger for more. ….Even at 80 he was eager to explore more as an actor. The humility…. Can you imagine, the moment the Director says cut, he will ask his co actor..”Was it okay?” Unbelievable! Never ever did  he give  a vibe that he was a star of an epic level. Such an erudite handsome actor.His sense of literature, his theatres.. his political inclination… exemplary.The variety of roles he started character roles.. exceptional. I played Feluda once. That’s the biggest tribute to him that  I could dare.”

Roopa Ganguly:  “I  am in shock. I  can’t speak.The  void his death has  left nehind can  never be filled.My first time facing camera was with him.I did a short film Dena Paona with him.My latest movie Punoshcho was with him.He was  a great teacher.An institution on his own.”

Victor Bannerjee:  “Goodnight for all time my dear Soumitro. Sleep in peace and in eternal harmony with Brahman.I pray your family find the strength to accept their loss.Affectionately still alive and fighting.Your Brother Victor.”