Two Netflix Films You Would Should Check Out
Advertisement 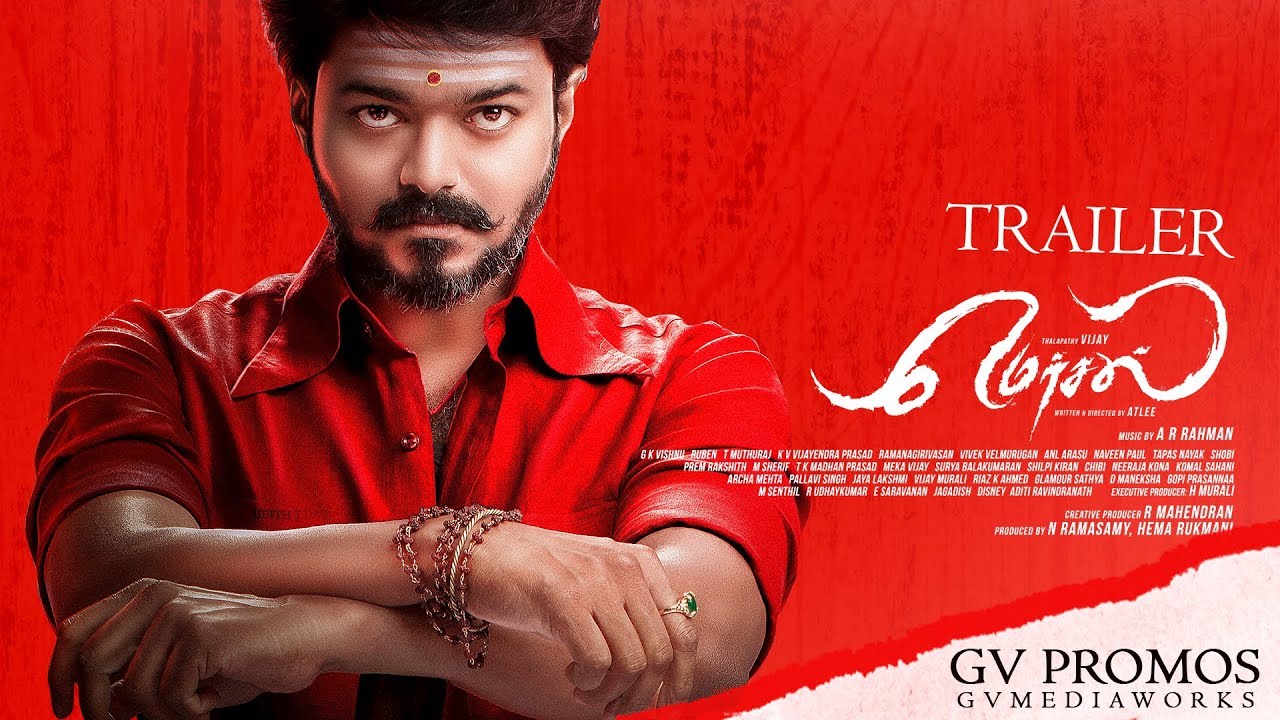 Mersal (Netflix, Tamil):  Vijay fans  must be very happy. Very happy. There are three Vijays in this film, all shaped contoured and moulded into  red-hot come-see-about-me avatars. So 3 stars for  the eminently enjoyable new Vijay starrer, 1 each for  the  3 roles that the superstar  embraces  like lovers who won’t be parted  till kingdom come. Or apocalypse dodged.

Indeed Vijay’s self-love  is celebrated by the rest of the besotted smitten cast who in true Tamil-Telugu tradition of hero-worship keep anointing eulogizing, glorifying and  iconizing  the super-hero to  a point where no  criticism is permissible or  even plausible. While the entire vast cast that includes three lovely leading ladies(all three so serene and surrounding in a haze  of idolatry numbness),can’t stop singing Vijay’s praise  he himself seems  to be a fan  of  the legendary M G Ramachandran. How do I know? He has  MGR’s pictures on the wall and he even visits a theatre showing an  MGR film. Jayalalithaji—God bless her  departed soul—would have surely approved  of this, Vijay’s most fiercely  political statement  to date.

A simmering discontent  runs through Mersal  cutting through the  action-driven entertainment that Vijay’s devotees expect, and get . A  piercing scream of protest punctuated by tender bouts of songs and poetry when A R Rahman takes over for a bit…Plus  a surprisingly sermon-free diatribe  on  medical negligence in  our country last seen  in Hrishikesh Mukherjee’s Anand and  Bemisal…Director Atlee fashions  a furious fusion of headlines and fantasy accentuating  Vijay’s  star power with an acumen and alacrity that the Rajinikanth starrer  Kabali  achieved lately.

Indeed Rajiniknath and now  Vijay are the two inheritors  of  the Tamil political cinema that MGR patented  in  his heydays.  In Mersal Vijay takes on healthcare with a blood-thirsty vengeance .There are aggressive contemptuous references to the Establishment’s failure to provide medical facilities  for the poor and needy .And we have Vijay wagging his disapproving finger at the Prime Minister with the words—and I translate poorly—“In Singapore the ill get free treatment although they charge 7 percent GST whereas in India they charge 29 percent GST and still don’t provide free healthcare.”It takes guts for a matinee idol to talk politics.Not that Mersal is submerged  in  its own political virtuousness. Not at all!  It is remarkable how rapidly the  narrative moves through the lacquered lives  of three Vijays, their loves and lies,grunts and sighs are all recorded with a reverberant triumph culminating in a feverish finish that would leave  the matinee  idol’s fans craving for more.And even if  you are not a  Vijay fan, Mersal  won’t  leave you wondering what  all the fuss is about.

House Next Door(Netflix): Horror as a genre can  be horrific  in Indian cinema in  the most unexpected ways. This one gets it right in  spite  of following all the horror tropes and signposts including irrelevant attempts to startle  and  scare. And the habitual horror humbug  of heaping too much information  on  the dark realm.

Nonetheless the work is put together  with a  great  deal of conviction and some amount of  belief in the  power  of  the dark to consume light.The  plot is set in an idyllic hill station  in two adjacent houses. For a  film about evil forces lurking in the shadows  the camera movements are endearingly tranquil  except toward  the end when mayhem rules the proceedings.

Siddharth Surynarayan is  in  control of  the  proceedings, in more ways than one. He  is  not only the  film’s producer and leading man he   is also the co-writer, thereby ensuring  a well-oiled  movement  of  creaking-doors plot. Siddharth  has always  displayed a likeable screen  presence and an ability to take control of his  characters’ inner life. Here he remains in-charge even when forced  to relinquish control of  his character’s actions. The rest  of  the actors, and that includes the  very capable Atul Kulkarni,  appear either stilted  or  uncomfortable, or both.Anisha Angelina  Victor doing Linda Blair’s possessed act tries hard to move her  neck and limbs in impossible directions. The camera doesn’t help her  much.Once the demoniacal pursuits take  off , director Milind Rau focuses on creating an aura of dread and destruction.Admittedly some  of  the serenade with the satanic forces spooks  the  hell out of us. This  is definitely  one  of  the  better Indian films  of  the horror genre.

Related Topics:\MersalNetflixNetflix films
Up Next