10 Most Romantic On-Screen Couples Of All Times 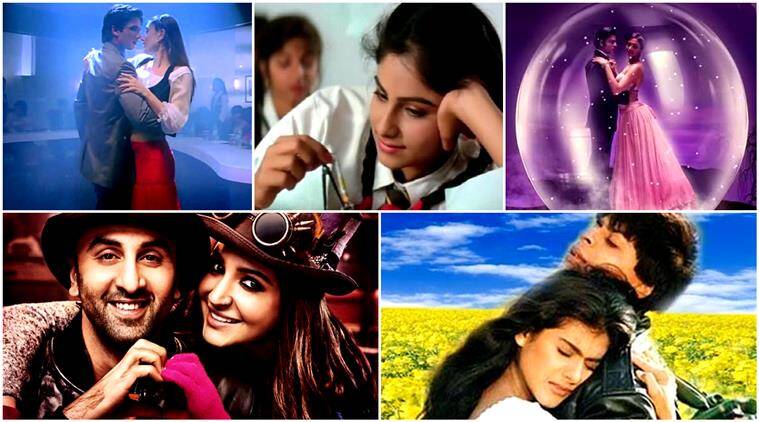 1.      Raj Kapoor-Nargis: They did a number of notable  films together, most famous among them being Awara. The sizzling chemistry between them set the screen on fire. While later in the history of Bollywood coupling real-life jodis got bland and boring Raj-Nargis continued to enthrall audiences until the bitter end…THEIR bitter end when they called off their relationship. Nargis’s last shot with Raj Kaoor was in Jagte Raho where in the song Jaago mohan pyare she poured water into the parched Kapoor’s mouth.

2.      Dilip Kumar-Madhubala: Their real-life chemistry spilled into Mughal-e-Azam creating the most amazing chemistry . Though they did  other films together including the very thought-provoking Amar, their togetherness continues to be celebrated  through this all-time classic. Sadly the relationship came to an ugly end just before they were to face the camera for B R Chopra’s Naya Daur. Madhubala was replaced by Vyjathimala. RIP.

3.      Rajesh Khanna-Sharmila Tagore: He was earthy , she was sophisticated. He was exuberant , she was enigmatic. Their films together Aradhana, Amar Prem, Safar,Daag—were sheer magic.Even in the films that didn’t work at the boxofffice like Choti Bahu , Tyaag and Raja Rani the pair was magical .

4.      Amitabh Bachchan-Jaya Bhaduri: Hrishikesh Mukherjee’s cinema gave an astounding resonance to the Lambu-Chotu combination of the brooding introvert and the exuberant sunshine girl. Interestingly this real-life couple’s early films Bansi Birju and Ek Nazar were disasters. It was with Zanjeer that they came into their own. Then followed Abhimaan, Mili, Sholay and Chupke Chupke.Silsila took the couple too close to home for comfort.They decided not to work together thereafter.

5.      Dharmendra-Hema Malini: The virile Jat and the dainty Tamil girl….the most unikely combination created amazing chemistry in their early films Shaarafat, Raja Jani,Seeta Aur Geeta and Sholay. After 1975 the couple over-did their on-screen pairing . The pair lost its sheen.

6.      Rishi Kapoor-Neetu Singh: One suspects this bindaas pair did a lot of films together just to get time to be together.  They really seemed to enjoy one another’s company on screen. And that was their USP. Even in Bachchan-centric shows like Amar Akbar Anthony and Kabhi Kabhie Rishi-Neetu made their presence felt.

7.      Rajesh Khanna-Mumtaz: If with Sharmila, the Khanna did his decorous literary films with Mumtaz it was a  no-holds-barred sharaarat. Spicy and masaledaar this pair was a riot.Think of their songs together Dil ne dil ko pukara(Do Raaste), Gore rang pe  na itna ghumaan kar(Roti), Jai jai shiv shankar(Aap Ki Kasam), Sun champa sun tara(Apna Desh), Aana hai to aao manayenge nahin(Bandhan)….The songs defined the bindaas mood  of the films this super-hit pair did together.

8.      Amitabh Bachchan-Rekha: What can be said about this pair that hasn’t already been said? Silsila doesn’t define the duo’s dynamics. Try their first film together Do Anjaane, or later during their career Alaap, they brought out the best in one another.

9.      Naseeruddin Shah-Shabana Azmi: The Amitabh-Rekha of the arthouse circuit, the two actors were so well attuned to one another’s craft that one could instinctively tell what the other was going to do in the next frame. Their performances together in Paar, Masoom, Khandhar, Genesis , Sparsh and Rice Plate defines naturalistic acting in Hindi cinema.