Why Did Amitabh Bachchan Never Work With Gulzar 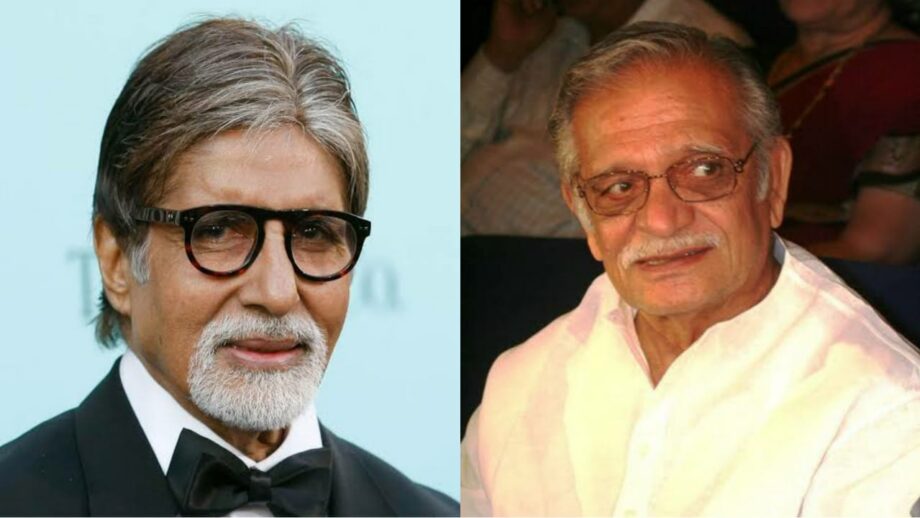 Considering  his  better –half  Jaya Bhaduri  was  one of  Gulzar’s  all-time  favourite actors(“Jaya and Tabu are  the two actresses  who heralded a  new phase  in  Indian  cinema,” Gulzar Saab had once  told me) amd considering  he did innumerable memorable  films with Gulzar’s mentor Hrishikesh Mukherjee, why has Amitabh Bachchan never worked with  Gulzar Saab?

Strange , isn’t it? And  to think they came  THAT  close to working together! The film was Mausam and Gulzar Saab had  signed Jaya and Amitabh to  play the  lead.Jaya was to play the  double  role of mother and  daughter while Mr Bachchan was to step into the part of  the man who  betrays the mother and  tries to atone for  his sin by embracing the daughter.

Loosely based  on  A J Cronin’s  classic novel The Citadel and also on Hindi litterateur  Dharmvir Bharti’s story Agamee Ateet, Mausam  had masterpiece written all over it.

So what went wrong?  Why was the  original lead  pair Amitabh and Jaya dropped in favour  of  Sanjeev Kumar and Sharmila Tagore?Gulzar  Saab would never tell. But a source in the  know tells me even the Bachchans  are clueless to this  day.

“They(AB and JB) were  on board.  Roles, costumes, dates everything was  discussed. Suddenly  they were out. Haribhai and  Sharmilaji were in.What happened? To this day we don’t know,” says  the source.The  film won Sharmila Tagore a National award  for best  actress.