Amitabh Bachchan who  completes  50  years  in  cinema  this  year is as excited about his  new release Badlaa which  brings him together again with director Sujoy Ghosh and with  actress Tapsee Pannu, as he  was when his  first  film released  in  1969.

Firstly, our army hero Abhinandan Varthaman is  home. Your thoughts?

Can there be any other thoughts than the joy and relief that he has come home ?Before I   say anything else  I wish to pay my condolences and respects to our brave hearts that sacrificed their lives in Pulwama, and those brave hearts that stand and fight to save and protect us ..
Badlaa brings you and Tapsee together again in a most unusual and unexpected combination .That you and she can be  cast in the lead , is that a sign of maturation of  Hindi cinema ?

I am not the lead in the film .I am just another performer .Credit titles adhere to the age old formula of bringing the names up with regard to age and seniority in the Industry !

Indian Cinema has ever been mature !
Ha ha. How different was it working with Tapsee this time as compared with the experience during Pink? She tells me she had  loads of fun shooting with  you, and can’t wait to do a  film with you again.

Taapsee is a competent and comprehensive artist .It has been a joy working with her . I am humbled by her remark !

Sujoy Ghosh and you go back a long say , to his very first film Alladin.How much has he evolved as a filmmaker?

Sujoy is an intelligent mind and he brings that to the forefront when he is creating ..

It’s really amazing  how far your spectrum  of  influence  spreads  from  a director’s first  film to the  summer of his career….do you  ever feel you have completed  50 years  in Hindi cinema?

These issues have never been of any interest to me .The affection and love and blessings of the audience is all that matters .That is most important for me .. nothing else ..
Amitji  2019 has already given us some remarkable films like  Uri , Gully Boy and Sonechiriya.What did you think of these films ?  Can we hope for Badlaa to be as remarkable?

Yes Gully Boy and Uri I have seen and appreciated them .Sonechiriya I have not seen . Badla’s fate shall be decided on the 8th of March ..
Speaking  of  Gully Boy,  you sent tokens of appreciation to  the  performers and they all were so happy and proud.  Why is this  generosity   of spirit lacking  in  the film industry?

Yes , whenever I have liked a performance I have appreciated and expressed it .I am grateful that they are happy with it .They are deserving of much more .

Why do you say this spirit of generosity is lacking in the Film Industry . IT IS NOT! There is always great affection and praise shown by the fraternity towards the work of others. It may not have been made public, or the media may not have got to know of it , but it has been there ever .

You have also been shooting for Jhund with Nagraj Manjule.How is that experience ?   Do you love football as  much as your son Abhishek does?

JHUND is complete .Post-production work is in progress, and it was a delight to work with Nagraj Manjule .I try to follow football, but never quite as much as Abhishek .
Moving away from cinema, the country is in a warlike situation with Pakistan.Do you feel we should fight it out with them or should we give peace a chance?

What do you think ?

You and  Lataji have shown your gratitude and appreciation for the Indian army by donating generously to their welfare fund.Do we as a nation need to grow more appreciative of the sacrifices our soldiers make for the country?

Not just this , but I have been sending my gratitude, monetarily and through kind in the past as well,  to several other institutions .. ,martyrs’ families, desperate and despondent farmers , socially ostracized nationals and the needy common  .It is an individual thought, not for any aggrandizement  or public proclamation .  I am awkward talking about it .But if it can become an example for others to follow suite, many other countrymen and women would benefit . 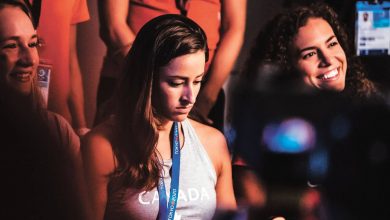