Bollywood has been toying with Indian history for some time: Mughal-e-Azam, Kranti, Razia Sultana were cinematic gems, with superb sets and excellent acting with gripping stories, of the past with modern times being “graced” with the somewhat more dubious charms of Ashoka, Mangal Pandey, Jodha Akbar and Bajirao Mastani with Hrithik Roshan’s Mohenjo Daro set to give us another glimpse into Bollywood ’s unique take on Indian history. The one thing all these films, old and new have is that they bear as much resemblance to actual history as the Lord of the Rings trilogy bears to World War One (upon which, incidentally, Tolkien did base a great deal of the story).
Artistic license with history is not unique to Bollywood and in and off itself is not unexpected. So-called historical dramas – or at least historically themed dramas – from Hollywood – Alexander, Braveheart, the Patriot, Cleopatra, Ben Hur, the 300 and Gladiator among them – bear even less resemblance to actual history than some of Bollywood ’s offerings but their slick marketing and hype plus a more reticent approach by cinema audiences in the West renders them relatively immune from the storm of criticism from that greets almost every Indian cinematic endeavor in the historical sphere. I omit Indian biographies from “historical” films as with the exception of Neerja (a truly remarkable film), some of India’s efforts border on farce (the abysmal Mary Kom with its lamentably racist casting Bollywood style among them).
Yet Indian historical dramas can and should do better than their current relatively mediocre efforts. While nobody expects extreme historical accuracy, the crass idiocy that permeates some efforts is appalling. Mangal Pandey was a complete fabrication and nonsensical portrayal of the man who fired the first shots of the 1857 uprising while Jodha Akbar was a complete white-washing of Akbar’s brutality, with a love story that overshadowed too much of the political intrigues of the palace. Bajirao Mastani, however, takes the cake – especially with all the accolades showered on the director and cast.
This travesty portrayed one of India’s greatest cavalry commanders as a complete moron. A love sick fool who can catch arrows in mid-air while swinging urmis with both hands. The Maratha army does no more than ride around with banners and the so-called warrior Mastani’s action scenes were more like dance moves than fighting (note to directors – if you have an archery scene, make sure your arrows have fletching and that your actress can actually draw a bow convincingly). All of this could be ignored but even the political drama, the love triangle and the religious overtones of this story were badly done.
With no extra money, but with some better directing, Bollywood can do a lot better. How amazing would it have been if Bhansali portrayed Kashibai as a noble, kind-hearted woman crippled by arthritis but with a dignity and grace that transcended everything, raising Mastani’s son as her own? Or showing Bajirao’s own descent from an austere warrior to a man, post-Mastani, fond of some drink and the pleasures of life ? Ranveer Singh gave an excellent performance of the vision of Bajirao that the director created, but if that vision is flawed, the actor is cheated. Similarly, the portrayals of Mastani and Kashibai were adequate for the director’s vision but were more stereotyped than they should have been for two amazing women. Did the director care at all for a historical drama with intense characters or did he coddle his ego with “artistry” and elaborate sets, forgetting that with an excellent cast (a superlative lead among them) he had all the ingredients for a cinematic masterpiece ?
Now we hear the story of Padmavati is going to be made by the same director. One shudders to think that a hero will be made of the butcher Alauddin Khilji who waged war to steal another man’s wife. Will the director portray him as a brilliant general who was cruel and vindictive ? Or will he be a love-sick idiot who lusts after a woman ? Will Padmavati be portrayed properly or as a pseudo-warrior woman Bollywood style (to be fair, at the very least Bollywood has not sought to costume its warrior women in the sexist semi-naked style of Hollywood – DP in XXX, Xena, Bridgit Nielsen in Red Sonja, Aishwarya in the Last Legion etc etc)? Given Bhansali’s track record, he will take a fine cast, a lavish budget and excellent sets and turn it into his artistic ego trip. Will we have Alauddin dancing a Sultanate style jig to modern music ? Or Padmavati doing an item number ?
Bollywood can and should aim to excel. Budgets are no longer the issue. It is the unwillingness of directors to allow some history to get in the way of their narcissistic quasi-artistic visions. One shudders to think about what will happen with Mohenjo Daro. Maybe it should have been marketed as a fantasy story like Conan the Barbarian ? At least then the façade of history could have been dispensed with and the movie could be viewed on its merits (whatever they might turn out to be).
Related Articles
Vaibhav Choudhary25th July 2016
Share
Facebook Twitter LinkedIn Pinterest WhatsApp
Facebook Twitter LinkedIn Pinterest Share via Email Print 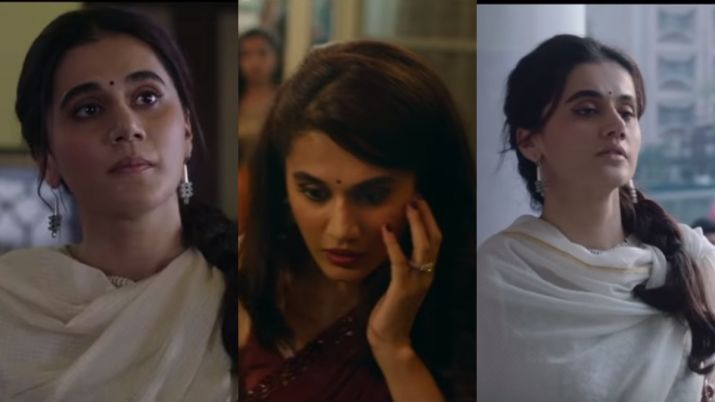