Clean Does Its Dirty Business With Disturbing Efficiency 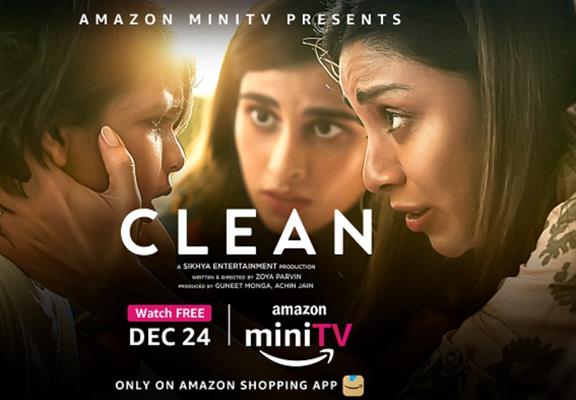 “I am  still  searching for answers, though I don’t know  the  questions any longer.” Sounds like something Nietzsche  would say on a morning  after heavy drinking.

But somehow it makes sensen in  this film, given the perverse paradigm of the  low-life locality where  Adrien Brody’s Clean—yes, that’s  his name—does his scavenger’s work with a  metaphorical  forbearance.

Adrien Brody is an actor I have admired ever since  I saw him playing the piano in Roman Polanski’s  The  Piano. For  this Oscar-winning  film  Adrien Brody learnt to play  the piano.

I   don’t  know if he learnt  how take out the trash for Clean. There so much of it to take out.

Brody’s Clean wants  to   clean  out his neighbourhood which has  become  incurably infested with drugs and crime. He wants to protect a pretty young girl   Dianda(Chandler DuPont)  from a  life  of crime. He  looks out for her the way  he  would for his own daughter who we are told, passed  away  suddenly.

When Dianda still gets into the wrong hands, Clean  takes  a massive wrench  spanner  and smashes  every young face  in  a   room full of smoke and sin.What ensues is pure mayhem. Brody is  not squeamish  about the  blood and gore. Faces are  smashed, victims  have their  bellies  kick in, bullets  and pumped into heads  and the camera stares  at the  bloodspill with a  mixture of awe  and revulsion. However  to call the  violence in  Clean gratuitous  would be  unfair. No one here is saying that it’s   okay to smash  skulls  and  bash in faces.

What the  film does show with enormous energy and efficacy is  how violence  is sometimes not  only the remedy  but also inevitable. Brody plays  Clean as someone who has to take  out the trash  before we can breathe freely. The narrative  is constantly  probing into Clean’s  stormy past  which we see only in  glimpses.

By obfuscating  Clean’s dirty past, the  film comes as  close to  ratifying violence as Stanley Kubrick’s A  Clockwork  Orange. Of course  I  am not comparing Brody’s film ,which he also co-scripted and composed music  for , to Kubrick’s . But the feeling of being trapped in trashy aggression persists throughout.

As  actor, Adrien Brody brings a distant  wounded  pride  to  his  part. He  is hurt and  not resentful about it   until the  girl who reminds  him of his dead daughter  is sucked  into a life of  ignominy.Glenn Fleshler  as  the  main antagonist is not sufficiently  vile though amply vile.When his son’s face is  badly smashed by the  hero, his  reaction is borderline idiotic:  “Let him remain that way to remind me of what’s been done.”

Or some  such garbage, trash being the  decisive element in  the conflict.

Clean  is  a   sturdy morality  tale  , constantly pushing the borders  of civil  behaviour,probing wounds that  never heal and a cruelty that  never stops. It is a dark humourless  brooding  piece of cinema  with no surprises. If a  man has  got to  what he’s got to  do, then  the cinema  of his explosion  must perforce be messy.

Clean is messy. But it  is not unwatchable.

Rocket Boys: Homi Is Where The Heart Is