Your production house Excel has been very active?

I’ve to confess that it’s my partner Ritesh Sidhwani who looks after the nitty-gritty of our production house. But yes, there is a lot happening on the production front. We’ve four films on the floor.

Can you tell me about them?

We are filming the sequel to  Rock On with  new director Shujaat Saudagar.There is Rahul Dholakia’s Raees which is almost complete. We are launching a new director Nitya Mehra in  Baar Baar Dekho with Katrina Kaif andSiddharth Malhotra.We’re also producing a film 3 Storeys with another new director Arjun Mukherjee. It’s the story of characters living in a building together.

There is a practical problem with the leading lady of Raees, Mahira Khan as she is from Pakistan and apparently not allowed to shoot in Mumbai?

We will deal with the situation when it arises.We have already shot with her earlier. Let’s see what happens.We don’t want to pre-empt any situation.

How is Mahira as an actress?

I haven’t been able to see any of her work as I was away from Mumbai shooting for Rock On 2. But at some point I will, when they start editing the film and I can give them some objective feedback.

Raees looks like a departure for Shah Rukh and for your production house?

Not really. It’s a story, like any other story, set in a specific world. We are not trying to be different.As for ShahRukh, he plays a character rooted in a particular culture.

A  far cry from what Shah Rukh does in Don?

Oh yes. But I got the same question when Shah Rukh was doing Don with me. Was he doing something he had never done before. I feel Shah Rukh is quite experimental.

I don’t have a script right now. When I have a script I’ll make it. The thing is, the idea has to come from a comfortable place and if we do it it has to be worth our time. Don has tremendous fan-base. So I want to give them something they will truly enjoy, and not just do another Don film for doing’s sake.I have to feel proud and happy for doing another Don film. And if I don’t get that feeling I can’t force it on you.

There is a lot of pressure on you to direct another Don?

Only when I am asked about it by journalists.Actually , that isn’t entirely true. Even fans of Don want to know when it will be made.I truly appreciate the film’s fan base. I think it’s fantastic that people want to see Don 3. Ithink I shot myself in the foot by putting an announcement for Don 3 and the end of Don 2. 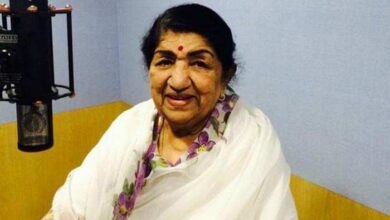