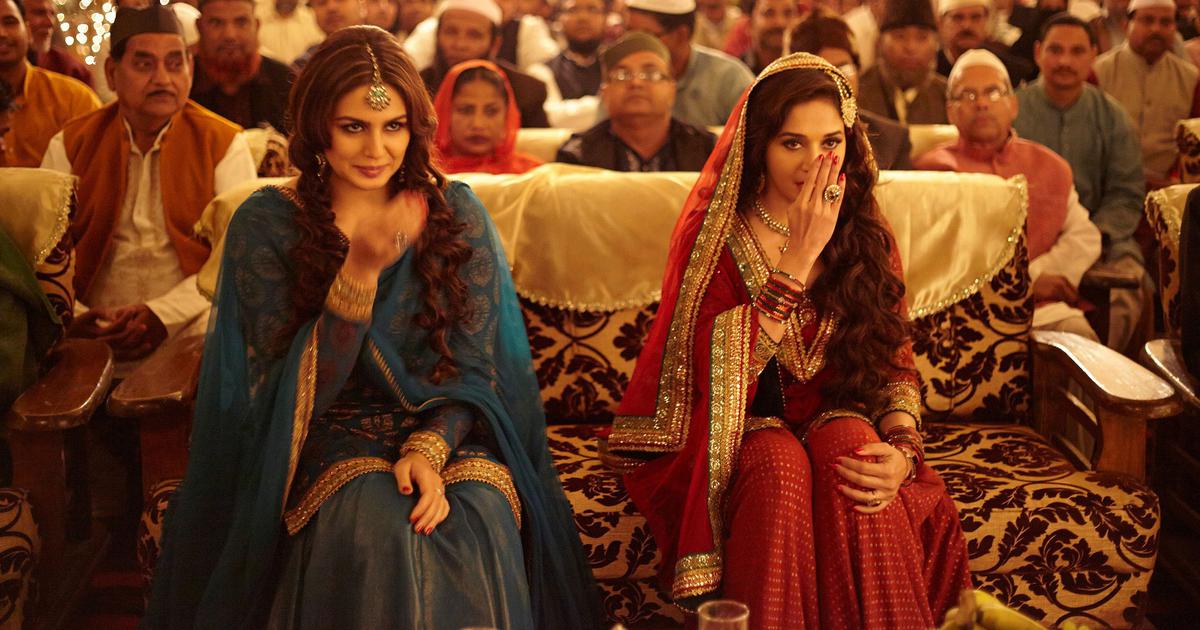 Director
Rahat Kazmi
Writers
Sonal Sehgal,Rahat Kazmi
Cast
Tannishtha Chatterjee,Sonal Sehgal,Veerendra Saxena
Plot
A period drama, the film is based on Ismat Chugtai‘s most celebrated story “Lihaaf” (published 1942). The film inter weaves the plot of same sex relationship between Begum and her masseuse and the trial that Ismat underwent after being slapped with a case of obscenity on publishing the story. The film raises themes of homosexuality and freedom of speech that our society is grappling with even today.

Lihaaf  is a brave, audacious  attempt to explore  the  no-holds-barred fearless sexuality  of  Urdu writer  Ismat Chughtai’s art. In an ambitious  fusion  of fact  and fiction, Chugtai’s commitments  and  priorities as  an artiste and  a wife-mother  are yoked  with   scenes  from  Chugtai’s  controversial sex-rated story Lihaaf .

It is  a  tricky complex and  near-impossible  balance  between the artiste  and  her art  .  Director Rahat Kazmi just about  carries it  off. The  1 hour 12  minute long film(how  does this qualify as a  short-film?) is tastefully  mounted, elegantly executed.The spoken and visual  language are  refined.Cinematographer  Pinku  Chauhan  confers a  rich texture to the  frames without making them look over-ornate.

The sets depicting the  Nawab’s haveli  where  the story –Lihaaf  of  a lonely Beghum’s  tryst with carnal  joy with  a same-sex partner,unfolds,  are  aesthetically  constructed, as  are  the narrative  key-points.

One never feels the burden  of  periodicity overpowering  the story. The approach  to the  leadan subject is  light bright sunny and cheerful.  The redoubtable Tannishtha Chatterjee  is  a likable blend of  rebellion and bemusement  as  Chugtai while the  director Rahat Kazmi  puts in an appealing  performance  as  Chugtai’s husband trying to be tolerant and liberal  but failing to cope with his wife’s ‘bachkana  harkatein’…until that  plate  of  biryani  from his wife’s kitchen  dissolves his sulk.

The real  gosht (meat)  of the  plot  is in the  fiction portion  of Chugtai’s  story where Sonal Sehgal is  an able portrait  of decadent sexual craving. She is  specially  persuasive  in her scenes with her masseur Rabbo(Namita Lal) and  the Beghum’s sobbing  acquiescence the first time when Rabbo gives her a  back a vigorous  rub, is a moment well played out.

In  spite of  the staginess  of  the  double plot, Lihaaf   leaves  an  appealing impression drawing  up a solid case for  lonely neglected housewives to  tumble in  the Lihaaf  (quilt) with  partners  of  the same  sex. Not quite  as seductive  a  take on  period lesbianism as  The Favorite, Lihaaf nonetheless gets  by on  the strength  of a credible plot construction and some effective  performances.

And the Begum  burns while the Nawab fiddles with  young boys.