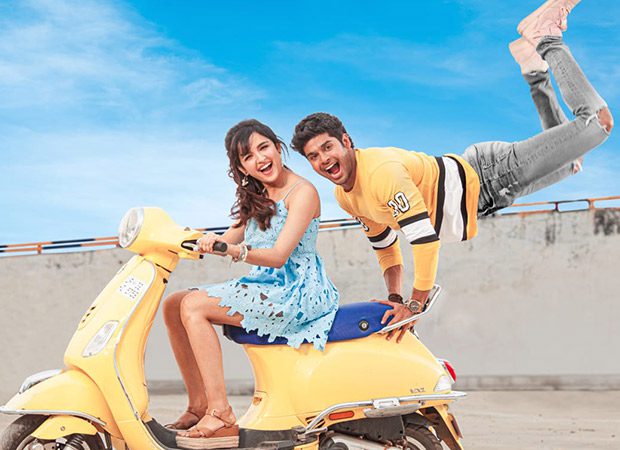 No, this is not a  film about  a guy name Nik and his amma. Nikamma , as  Tusshar Kapoor taught us in a song  many years go, means a wastrel, a good-for-nothing, a  lukha,  a bekar berozgaar bematlab  insaan…

And if you think  Abhimanyu Dasani is the Nikaamma  of  the title then  , ha ha, they  fooled you. No , dear  potential audience,  the nikamma in  the  title is us, the  spectators sitting  in the theatre watching this  garbage masquerading as a movie experience.

One has to be a full-fledged nikamma to  inflict this   suffering on  oneself.

Or maybe some filmmakers  think we Indian  are suckers for masochism. So bring  it on, baby. This is the story of  Adi and Avni, Devar and Bhabhi who love to hate  each other  until  poor  Sachin Khedekar(playing Adi’s chirpy  Chachaji) reveals the big secret: Bhabhi Avni, played by Shilpa Shetty, (who  let me  tell you,  gives off no Bhabhi vibes) actually dotes on her  devar Adi and she  and her husband(Samir Soni,playing the decorative husband , a role he seems born to play) decided  not to have children,  for Adi’s sake.

Much ‘Adi’  about nothing  follows. The second-half has Adi protecting  his  Bhabhi(a better title Adi Bhabhi Poori Bakwas)  from the evil eyed  hyena-laughter  challenged Abhimanyu Singh who behaves as if he owns the   town where Avni is  posted (besides being the hottest Bhabhi in the  vicinity she  also  moonlights  as a bureaucrat).

Hyena-in-human-form  runs a  taxi service called Super.  Anyone in the town who uses any other means of  commuting is  instantly eliminated.Sooopaar!

The  villain would have been super-creepy if only he were not as ridiculous  as the rest  of the film.While  Bhabhi and Devar  behave as  if they had just seen Raakhee Gulzar and Rajesh Khanna in Anil Ganguly’s  Aanchal, the town’s resident bimbo Natasha (sad newcomer Shirley Shetia) walks up to a stranger at  the bus stop and proposes to him

A walking talking singing illustration  the MenToo movement, Natasha has decided she  will marry Adi, who has decided he  will  save his  Bhabhi from the goons. But who will save this mothballed  film from disaster?

Prabhas In A double Role In Salaar