The first 15 minutes of this jolting experiment with truth and nails, seems completely unrelated to the rest of the film.

This is what you get when there is no formal screenplay. S Durga(S by the way, stands for ‘Sexy’ but shhhh!) was shot over one night on a barren highway with no script . The film is a marvel of improvisation. Director Sanal Sasidharan is not afraid to plunge into the abyss of the unknown as he explores the sexual dynamics of caste , gender and religious discrimination on a scarily dark desolate stretch of a road less travelled.

In some unexpected way, the highway becomes a metaphor for the socio-cultural imbalances in our society where the bullies often posing as custodians of the country’s moral values take over the destiny of ordinary citizens.

And so it happens with the couple Durga(Rajshree Despande) and Kabeer(Kannan Nayar) who are on the run.

The girl is Hindu and North Indian. And the boy is a Muslim from Kerala. Yup, this is the forbidden frightening world of ‘love jihad’ as seen through the eyes of a director who suffers with the couple and is able to transmute their feeling of growing dread to the audience . As the couple hitches a ride with four sinister ‘strangers’ (billed simply as ‘strangers’) the intuitively improvised narrative gathers its cumulative strength by letting the couple’s destiny hang in abeyance.

We never know till the end what will happen to them. When we leave the couple we are given no assurance that they will be safe from predators and perverts.But we do know that the strangers who have given them a ride, are taking them for a ride that is most likely end in a horrible crime. Will the girl be raped? Will they be murdered? Or will the couple be robbed and allowed to escape with their lives?

As the scriptless voyage into the unknown reaches an end, you will find yourself sending up a prayer for Durga–who is sexy because she is not doing what sexy people normally do in films, namely act wounded vulnerable and hysterical under stress–and Kabeer–who is Muslim and in the company of his Hindu soulmate on a desolate highway…can it get any scarier? Can we ever hope for a balanced social order when two young adults can’t feel safe together ?

S Durga is not an easy film to watch. Its aura of uncertainty makes you uncomfortable and quezy.It is thoroughly unpredictable and frequently out of control .The cinematographer(Prathap Joseph) goes with the couple’s fears and insecurities capturing, not the outside world that creates these negative thoughts but the emotions that flow from within the couple as they try to remain calm under stress.

The thing about S Durga is, nothing HAPPENS to the couple. Not really. Till the end they are unharmed. And the social transgressors who offer them a ride keep reassuring the couple that they are safe in their company.

But are they? Director Sanal Sasirdharan constructs a spiral of terror without actually surrendering to the rituals of horror.

Speaking of rituals the film opens with a lengthy uncut recording of an elaborate Hindu ritual where the fanatic worshippers of the Mother Goddess inflict masochistic pain on their selves just to please the deity. The things we do in the name of the gods, I tell you! And the Goddesss whom we whip ourselves for into a bloodied pulp can’t be called sexy.

Self-punishment is attractive only when we do 50 shades of grey. This film goes into a thousand shades of black.

Watching S Durga you may feel at times like a wayward traveler who has lost his way while trying to escape from a situation of oppression. In doing so, the film creates yet another level of ineluctable terror.Tyranny, oppression and persecution are inescapable in a society where children are taught to look at the opposite sex with curiosity and other religious communities with caution.

It’s not love jihad we should fight. It is the aversion to love—and not just romantic love– that needs drastic revision in our social order. S Durga in its unrehearsed improvised way tells us why love is such crime on the highway to hell. 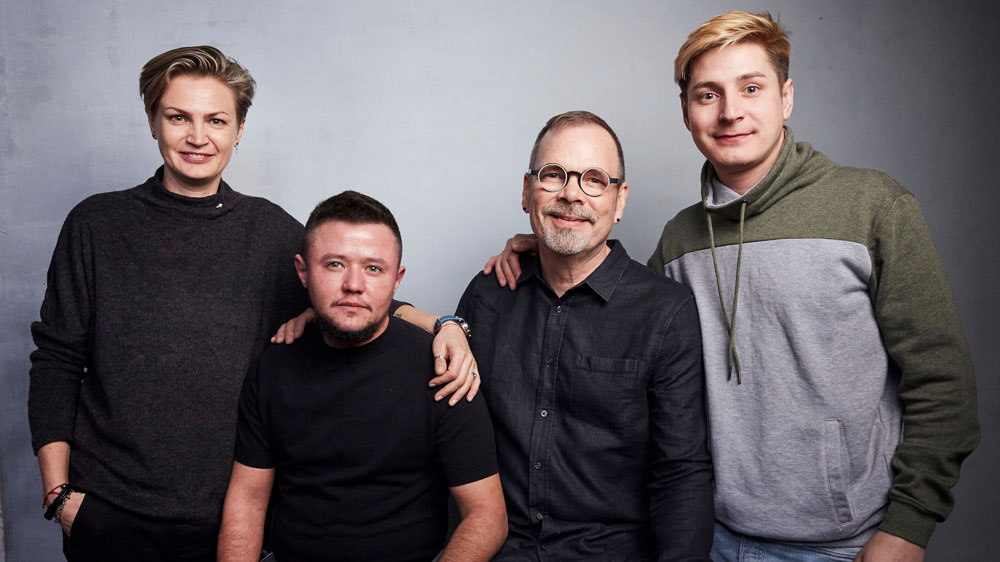 Welcome to Chechnya Will Haunt You Forever

Sohail Khan: Salman Khan Would Worry If His Fans Didn’t Like What He Was Doing!