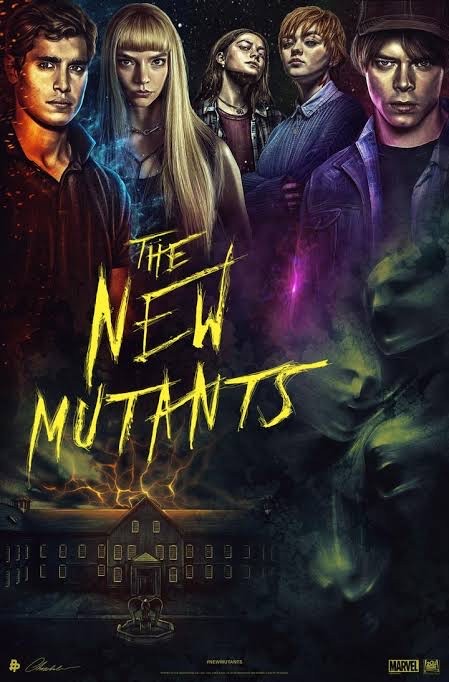 There are  just 7 characters  in  the Mutant movie, making it the most intimate character-study piece. But intimacy is  suited for the bedroom. For a  series that boasts  of  its epic scale and  tornado-like  SFX, The New Mutant comes as a lame, listless  lump of made-for-television  situations with not a  single stand-out action sequence. There is  a big bad wolf on the prowl at the  climax. More than scary ot looks weary and  quite contrary  to  the intimidating forces  that the  film talks about, but never gets down to  showing.

The film is set almost entirely in a rehabilitation centre  run by a  female doctor(Alica Braga) who behaves like  a headmistress in a  convent whom the students  ignore and do what they want. At  one  point in the  lmost-frozen  storytelling Danielle(Blu Hunt),  Wolfsbane(Maisie Williams), Samuel(Charlie Heaton),  Roberto(Henry Zaga)  and Magik(Anya Taylor-Joy) actually drug  the  doctor and party  all night.

Such  sequences  of  poured perkiness  not only run untrue  but also create unintended laughter. There is  a lesbian angle  thrown  into the  mutants’  saga with  Danielle  and Maisie  snuggling up for  mutual comfort. There is  an elaborate  kissing sequence between the two young actresses. But their passion leaves us  unmoved. The plot is  turgid and  the narrative lacks  any serious momentum.

Lack  of outdoors  also makes  the  experience  uncomfortably claustrophobic. The last thing we want to see at  the moment  is a bunch of  youngsters  forbidden  from stepping  out because  of  the  danger that lurks  outside.

The performances  are  pale  and   unpunctuated. It’s sad to see the  amazing Anya Taylor-Joy  , fresh from  the sterling performance in The Queen’s Gambit reduced to  playing a pouty trouble-maker in a place that has seen better days.