On Thursday morning a slew  of topnotch actors,producers and directors flew to Delhi to meet Prime Minister Narendra Modi.

The  agenda was  more freewheeling than  specific.And  the mood was  buoyant.

The delegates who can’t stop singing the  PM’s  praise says “nothing specific” was  discussed.

Producer  Mahaveer  Jain  who initiated  the  move to  meet the  PM  reveals  all the details. “Getting the new breed of  prominent actors and filmmakers  to meet  PM Modi Saab was an idea  initiated  by me and Karan  Johar. It took me   no  time to convince  the delegation  to  pay this historic flying-visit to Delhi. It took me  about twenty days to get an appointment with  the  PM for this  historic meeting.”

Jain says the effort was all worth it.  “This meeting is just the beginning  for our film industry to get more proactive in  the  process  of nation-building.  The PM very graciously told  the delegation how much of a change and progress they can bring to the nation.We wanted the  Prime  Minster to meet the  younger generation of Bollywood stars.The  Prime Minister made us feel most comfortable and welcome. He had  a brief exchange  with each of us,with an  accompanying smile and  he wanted us , the entertainment industry,  to feel a part of the  process  of  the nation’s growth and  development. It was very  satisfying get-to-know-you meeting and  it went off  wonderfully,” says  Jain.

Would he say it was  fulfilling meeting? “Very very fulfilling.  Varun, Ayushman, Ranbir Alia…all of them  felt very comfortable  in Modi Saab’s company. Believe me,  our entertainment industry has  a tremendous amount to  give to the  nation.  As  the PM pointed out to them, these stars are role models. They’ve the power to influence the youth. I am surprised that this meeting didn’t happen earlier.But now the  process has started.We will be interacting extensively with  the Government. And  there is no stopping us.We (the film industry) are  going to be taken seriously  by the Government.”

Super 30﻿ Being Given Some Super Changes 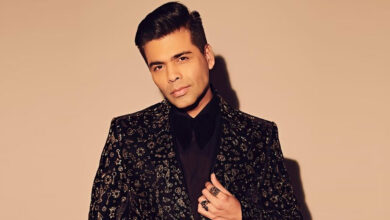