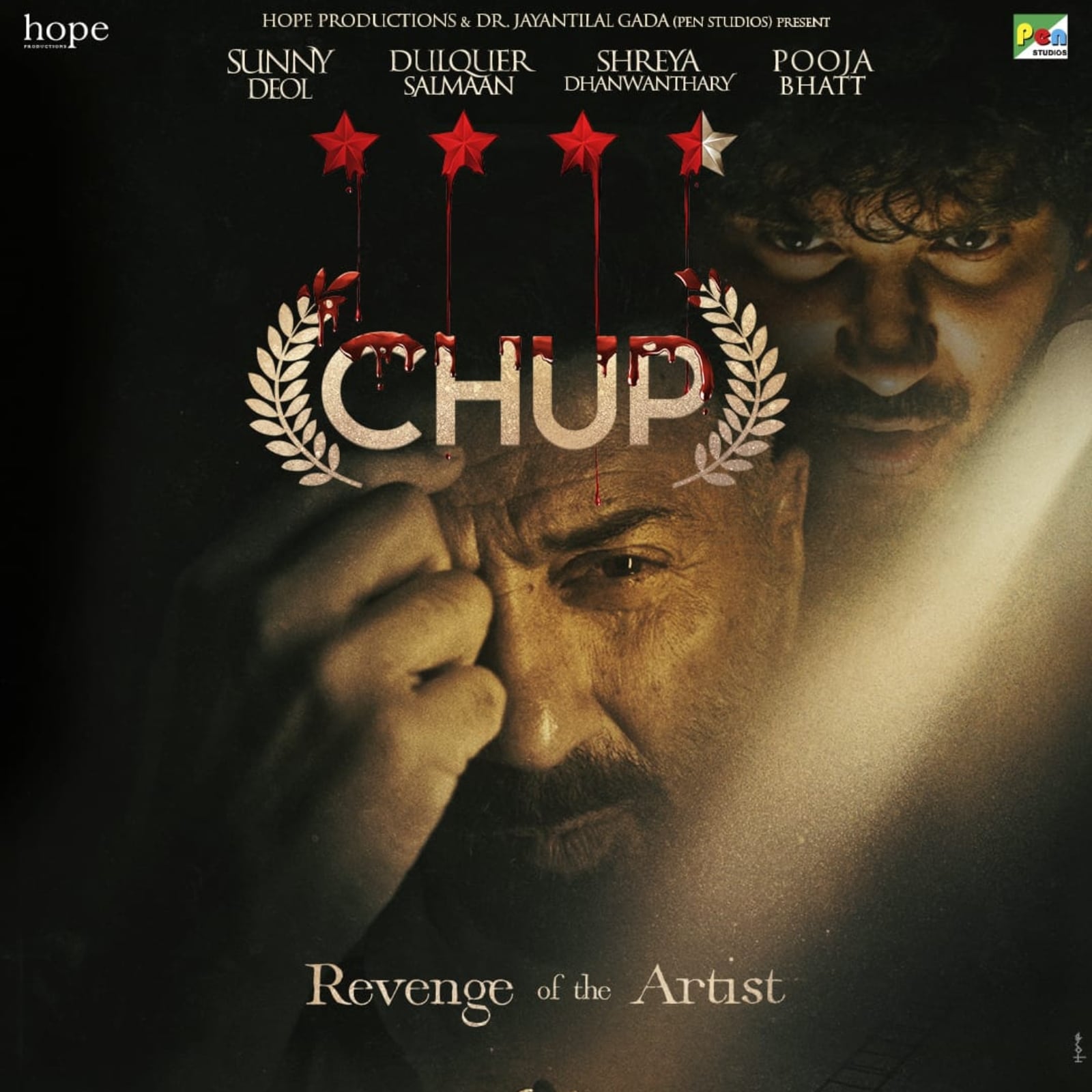 Chup: Revenge  Of The Artiste

While the  vividly sketched  characters  play  their own mindgames, Balki and his  excellent co-writer Raja Sen and  Rishi Virmani are agreeably honest with us the audience.The  identity of  the serial killer is revealed   minutes into  the  storytelling. In no time at all, I was no longer  doing  a  body-count  . It didn’t matter how many film critics the serialkiller bumped  off(as long as  I was  not one of them , ha ha). Balki’ s beautifully cadenced  bloodspiller works  as  much a  thriller as  a romance.

Dulquer and  Shreya make  a fabulous pair. Balki shoots the  romantic  gaze in  a flowery haze. Mumbai has never looked more intimate  and cosy. Adding to the luster  of  lyricism are  the songs from Guru  Dutt’s cinema . The  facility with which  Balki  lays   out the  carpet  of  nostalgia in the background is  a  textbox study on how to   invest  the past into the  present.

Dulquer  with his curly  locks and  mischievous  grin is pitch-perfect as Danny  a loner who doesn’t mind if people catch him talking to himself. Shreya Dhanwanthary as Nila Menon  an entertainment journalist who is crazy about cinema  , Guru Dutt and  her bylines(not necessarily  in that order) has  so much  to give to the camera.It takes a Balki to recognize  true talent.

Sunny Deol makes a  rousing  comeback. He looks every bit the  no-nonsense  cop, except in the climax where he is made to respond  with uncharacteristic  daftness to a  crisis.

It’s not as  if Chup is without its  flaws.Pooja Bhatt’s  character as  the over-wise shrink is  underdeveloped. You may find yourself questioning some of  the  motivation for the killer’s  gruesome actions,  also his surgeon’s knowledge  of  and precision with the  human anatomy are  not explained. Internet education, perhaps?

But  as always when Balki is   good he is  excellent. It is in the  details that Balki’s God lies.

And trust me,even the Gods lie in Chup. There is  a poster in  Nila’s home which reads ‘Woody Allen Is  Innocent.’

Jacqueline Was Warned By Salman To Stay Away  From Sukesh