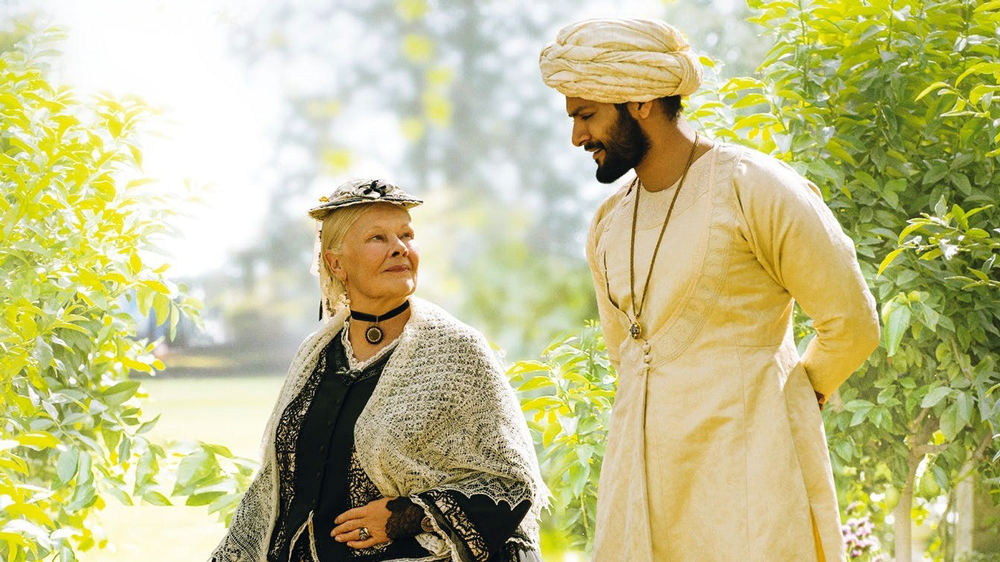 Next Enti(Telugu, Netflix):  Telugu cinema is  changing  fast. Baahubali, Arjun Reddy and now Next Enti. Not that I am suggesting the third has  a place along with the  first two  neo-classics. Not by a wide margin.  But there  is a flush of  flavourful forthrightness in  the way  Next Enti  tackles  the  dynamics of the man-woman relationship. Not only does it treat the gender equation with playful maturity and casual candour it doesn’t shy away  from using the ‘S’ word.

Yes, young couples  do have sex before marriage even in conservative societies  like the ones  in Andhra Pradesh.  Arjun Reddy told us that  with unexpunged glee. Next Enti uses glamorous filtered  exotic settings to give vignette-like  glimpses into the lives of  two young people in and out of love for two  hours  until they simply exhaust their armoury of excuses  for  not being together .Luckily  for  us the  film doesn’t  exhaust us at all. The two hours fly off   like a breeze thanks to Kunal Kohli’s brisk tongue-in-cheek writing and the  propensity to spin a sexy yarn  without slipping on the banana peel of  its own  cleverness  .While Hum Tum, Kunal Kohli’s  2004  Saif Ali Khan-Rani Mukherjee starrer  from which Next Enti seeks inspiration, was  interspersed with animation snippets, the Telugu  recreation  does away with the cartoon strips and  simply allows the pair to fight their way  out of their  ideological differences.

It  is  very simply , really.He wants  to go all the way .She has  been brought up to hold back. The film shoots the  lovers in London’s luminous  light that lends itself to endless  discussions on what men want and women don’t always want to  give. The entire narrative, punctuated  by some easygoing gentle songs and  background score by  Leon  James, exudes blithe  bubbly effervescent vibes.

Tammannah’s scenes with her screen-dad(Sharat Babu) show a buddy  bonding between a daughter and  her father  necessitated by his  single status. Motherless, Tammy’s father goes  out  and buys a whole supermarket  of sanitary pads when his daughter begins her menstruation. At 18, he serves her every kind of alcohol and  tells her  to choose her favourite.

Conversational, quirky, mischievous,tongue-in-cheek and  yet relevant Next Enti is  a delightful romp into the  inner spaces  of  the  romcom.  The film’s real hero  is the city of London and its suburbs which are  captured in a dreamy haze  by cinematographer Maneesh Chandra Bhatt.  Some  of the images in the film are so edifying  they conquer the  narrative’s obvious drawbacks(verbosity,  leading man’s gawkiness) .In one sequence Tammy is shown throwing her co-star out of the house. As he stands hopefully below her window she throws down his shoes as he’s run out in socks. Next Enti is  new-age Telugu cinema at its cheekiest. The gender war may not make sense  all the way. But does  it ever?

Victoria & Abdul(Netflix):  There has been a lot of flak aimed at this enchanting film  for  it subversive look at colonial relationships. For  all those who refuse to take history’s lessons lightly, here is some  unsolicited advice: get a laugh.And  I do  mean, laugh. For, in spite of one very moving tearful moment,sunshine and smiles are the  dominant forces in  Stephen Frears’ look at the very strange yet extremely noble and dignified  bonding between Queen Victoria and her young clerical Indian friend Karim who is sent to assuage her royal ego but is soon her closest confidante and  only friend in a royal household teeming with opportunists and gold diggers.

This  is  not to say that Victoria & Abdul trivializes  history  or, as suggested by some revisionist  reviewers , that it turns  the relation between the conqueror and  the conquered  into  a soppy soap opera. There is  nothing soppy or sloppy  about the friendship that grows between the Queen and her royal if somewhat selfserving servant, divided by cultures and continents  the two come together for a platonic  friendship that defies all protocol and even basic logic. I  mean, as one  of the bitchy royal householders mutters  under his breath, ‘What does she SEE in him?!”

A  lot, apparently. As played by  the affable Ali Fazal,Abdul  Karim is persuasively charming , cocky and irreverent yet attentive respectful and compassionate…. Just what the Queen needed in her twilight years.And let us be honest, Abdul is not above being a manipulative opportunist. But then as the shrewd Queen retorts, who  is not an opportunist in  the royal household?

Director Stephen Frears,  no stranger to cross-cultural romantic conflicts( who can forget the tumultuous  passion  between the Pakistani  Omar and  the  British Johnny in Frears’ My Beautiful Laundrette?)  here unravels with carpet-like imagery,  the burgeoning fondness of the Queen for the tall handsome  Oriental subject with a mixture of amusement and wonderment.

Looked at as a telescopic transcription  of  colonial hearsay, Victoria & Abdul renders itself handsomely and  elegantly to the theme of ambivalent passion. Make  no  mistake. This is a world  of  unspoken but unmistakable passion.The Queen may whitewash her feelings with as much decorum  as she likes. But there  is  most certainly a dark unexpressed and inexpressible frisson between  she and her unlikely brown  Muslim friend whom everyone  at the Buckingham Palace refers to as ‘The Hindoo’.

Judi Dench drenches the Queen’s Victorian propriety  and dignity  in the colours of irreverence and iconoclasm.Queen Victoria as played by  Ms Dench, eats sumptuously(we see her at the meal table quite a number of times), drinks, burps and probably farts too. And she is  not averse to snoring during ceremonial meals with aristocrats and  other stuffed shirts(and stockings).

This is a  fun queen, living her last years on her own terms.And  Ali Fazal’s Abdul Karim provides the Queen with that impetus to be naughty and wild. Their relationship is impetuous and  bridled by the Frowning Glory of  the royal household. The disapproving brigade  of British peers is  played by a fine team of English actors all of whom appear ridiculous  only from  the outside. I specially liked Eddie Izzard’s Bertie, the Queen’s neglected and petulant son, who cannot stand  the sight of her embarrassing  new Indian friend.

“A  brown Mr  Brown,” as someone describes Karim with a colourfully colloquial  cluck of  the tongue, referring to Victoria’s earlier scandalous liaison with a certain Mr Brown that we’ve seen in another (superior)film. The Queen’s association with Karim in this film is far less scandalous because there is  no sex between them. Though I am  sure she would  have liked it to be.

Watching Judi and Ali sink their collaborative teeth into Victoria & Abdul provides us with a delightful if somewhat  iconoclastic insight  into what the colonial relations would have been  like if they had not been encumbered by protocol. There are moments of great tenderness and  understanding between Ms Dench and Mr Fazal, almost echoing the tender but troubled  relations between Adela Quested and Dr Aziz in  E M Foster’s A Passage To India.

Victoria & Abdul has a beautiful heart and  body. It feels and looks fetching. It is  a work born out of sincere feelings and therefore worthy of  the respect that it so flippantly solicits.

Related Topics:Netflixnetflix movies
Up Next