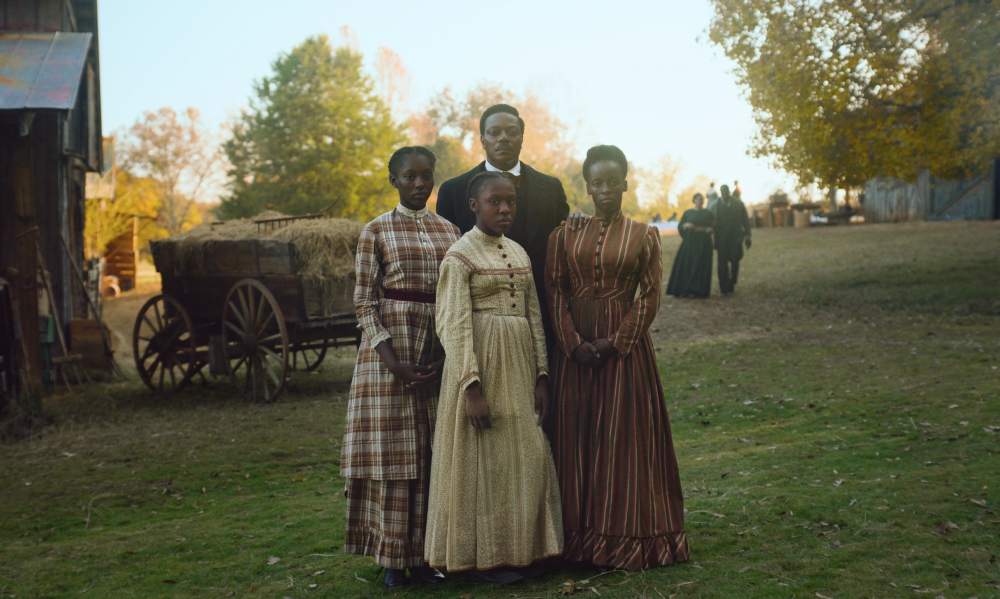 Amazon The Underground Railroad : After spending  10 precious hours of my life  on Barry Jenkins’s certifiable  masterpiece, I am rendered numbed and  speechless. I  can only say  this for those  who have  yet not seen this monumental  classic:  go for it immediately, your life  and your understanding of  human suffering will be profoundly  enriched. Set  in the  19th  century in the thick of   slavery  in the plantations of Southern USA,  The Underground Railroad  is the story of  a very young very determined  girl named Cora(Thuso Mbedu) and her  repeated resilient  attempts to  escape slavery. I don’t know  how much Cora  suffered within herself. But her physical torture is  beyond endurance  for us .Some  of  the episodes came with a warning about the graphic  violence. Still,  nothing, absolutely nothing prepared me for the savagery  of the  violence perpetrated  on  the black people. God , it seems, is  busy elsewhere.

In  case  you have  forgotten how  cruel  humankind can be to the weak, The  Underground Railroad  is a   rude reminder. A savage  nudge to the power games that  continue to commandeer relationships between  the rulers and  the  subjects , the latter  now known in democratic countries as the electorate. Call  them  by  any name,Cora for that matter. The urge to  suppress subjugate and disempower  the underprivileged is  not a  thing of  the past. This  is what makes Cora’s  brave run  a  true  hero’s tale.

By now  you must have  guessed this series is  not for  the weak-hearted. Many times I  was seriously tempted  to give  up watching the sheer brutality on screen. But The Underground Railway  won’t let you  go. Barry  Jenkins whose study of black homosexuality  in  Moonlight won him the Oscar  for best picture, heaps the horrors  unvarnished. But here’s the thing: the violence is not done  for effect.When Cora is whipped  mercilessly every  whiplash falls on all of civilization, back white brown yellow….The shame  of Cora’s  violation is for keeps and for  all.All of civilization would bear the scars  of her wounds  until civilization exists.

Be warned. The  heroine  in The  Underground Railroad gets  no  justice or  redemption. For that, you will have to wait for lesser  cinematic experiences, the ones that  offer false hope. Barry Jenkins has no solace  or salvation  to offer his heroine. In fact Cora’s  hunter, the slave  catcher is  a far more powerful character than Cora.You won’t be able to take  you eyes  off Joel Edgerton as  the slave  catcher  or for that  matter  young black Chase W Dillon as  Edgerton’s  trusted  boy-Friday. These two represent red-hot evil. They remind us that good only triumphs  in the fictional world.

The Underground Railroad is  a work of ceaseless  wonder .It brings  Colson Whitehead’s  novel  to  shimmering  life , creating  images that  are  from the  book and yet far beyond. Pain, suffering, trauma  and nervous anxiety are  its guiding forces. But the presentation is macabrely  magical  .You  can’t take  your  eyes  off Cora’s suffering. This  work  of art  legitimizes suffering as the predominant  elixir for artistic  excellence.

Kala(Malayalam):  The sheer  brutality of  the one-to-one battle to a bloodied finish  between estate owner Shaji(Tomino Thomas) and the unnamed  adversary(Sumesh Moor)   from  the  underprivileged  sections, is a  metaphor  of the  class-war.

To begin with , this is a scuffle between the haves and have-nots which takes  on a very personal and brutal  tone  when Shaji, a bit of a wastrel and a wheelerdealer  though a caring husband and father, gets  into  a fight with a local low-caste brute whose  dog he  has killed.

Now  the unnamed  underdog wants Shaji’s  dog. You know, an eye  for an eye and a woof-woof for a woof-woof.As  the plot progresses the class war  is narrowed  down to two  grownup men slumming  it out by slamming each  other  like two angry coconuts ready to explode.

Evidently  the  director enjoys  the  Chinese martial arts films which specialize  in one-to-one  combats. We even  see  Shaji’s son watching a  Jackie Chan film on a video tape(is this  the  1990s?). This  endless pointless combat  film  shot in  the  cinematic greenery of Kerala,  resembles a Bruce Lee  or  a Jackie Chan  film .  The  violence is underlined  by  a tone of menacing anger  referencing  centuries of  inequality  based on the class and caste system.  Inequality breeds  ire,we get that. But that  reference, I am afraid, is lost in  acres of a  stylishly  edited  two-man  gangwar which after a  point  begins to appear ridiculously  and disturbingly gratuitous.

The   first-hour is devoted  to establishing Shaji’s troubled  relationship with his  father(Lal, brilliant as ever) and his  sexually charged relationship with his  wife(Divya Pillai). The intimate  sequences between the pair filled with  cigarette  smoke(smoking is  not injurious to  the characters  , they do it  non-stop)   and   kinetic passion  bears no  relevance to the  plot as  it hurls  into a violent anarchic  combat between  two men behaving like boys fighting in  the school playground  .

The hour-long fight  which stretches  from the  foliage-thick plantation to inside Shaji’s  home gives us two heroes, and none  of them is on screen. It is cinematographer  Akhil George and  editor Chaman Chakko  who must have  had a really tough time  following  the  two violent  men through their  one-to-one warfare.

It’s a  miracle  how the pair survives after the  way they batter and bludgeon  one another.The  bigger miracle is how this pretext for  a stylishly freestyled  scrimmage has impressed  some critics who  obviously think raw is  beautiful. Not always. Not when the  intention  of  the  film is  to mix Shyam Benegal’s social protest  with Sylvester Stallone’s Rambo. Not when the  underdog is made to snarl and  make faces  suggesting a deeprooted psychological  apathy.

When  the fight  is about to  reach a  climax, the unnamed  underdog played by  Sumesh  Moor(over-acting till his jaws  must have hurt) suddenly  imagines his opponent as a  pig awaiting slaughter. ‘Porking’   fun at the  class difference, eh?  Good luck to  a world  where men settle scores  with their bare fists.The cops,I guess, are  busy elsewhere.