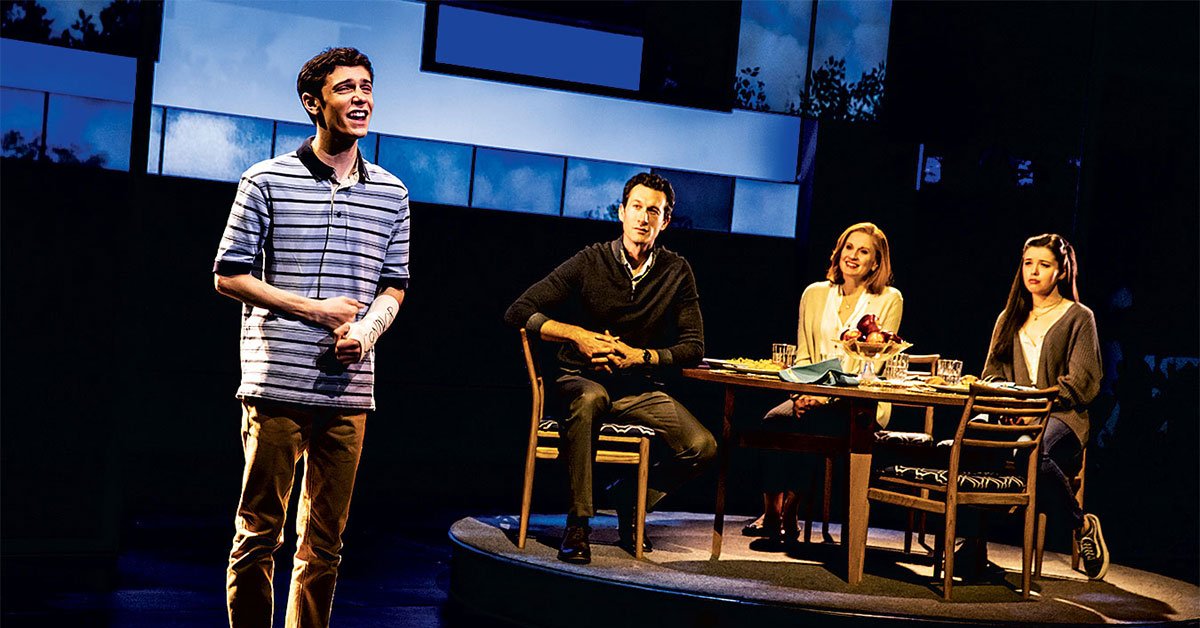 Two of the Most Underrated Love film

.We recently had the stunning Annette. We will soon  have Steven  Spielberg’s West Side Story In  the meanwhile there is  this dear dear movie, so brimming with emotions  songs wit and  vivacity I  wanted to watch it  all

This is the most  underrated Love film. of  the year. A  musical with heart soul  and  guts which resinstates one’s fate in  the power of love and music to heal broken hearts.

Unless  you are not informed about happenings in the  world of cinema  or  you live under a  rock, you must be aware that the Broadway -styled  musical has made a comeback in American cinema and that too with Love film.

We recently had the stunning Annette. We  have Steven  Spielberg’s West Side Story In  the meanwhile there is  this dear dear movie, so brimming with emotions  songs wit and  vivacity I  wanted to watch this  Love film.  all  over again after  its 2 hours and  12  minutes of playing-time Based  on  the blockbuster Broadway play of  the same name in  2015, the film version is a  lyrical  love letter to the  original .

The  very talented  Ben Platt at age 28, pulls  off the role of  a 17-year  old  misfit with an endearing ease. Platt plays  Evan Hansen, a social misfit who  is mistaken to be the best friend of a  student  Connor who commits  suicide.  Rather than nip the  lie in the bud, Evan Hansen  allows it to grow  and  spread , causing  progressive  and illimitable  hurt to the  dead boy’s family.

It’s a story oozing emotions, conveying both hurt and healing sometimes simultaneously. The  director with a screenplay that doesn’t shy of exhibiting emotions, milks the melodrama for  all its worth. The songs are  superbly knitted  into the narrative and  used not as charming diversions but to  carry  the  plot of this Love film. ahead.

For instance when Evan finally confesses his  subterfuge   to Connor’s  parents( the gifted Amy Adams and the  relatively  average Danny Pino) he does  it in song form, choking and sputtering over  the words and  yet staying in  tune. It’s an  astounding  performance  catching the curves and dips of the  character’s fragile mind with  strong sturdy hands. Yup, Oliver Platt may  be  7 years  too old to play Hansen. But who cares! He owns the  character with a silent sublimity. The  rest  of  the cast is  also remarkably well-tuned to  the  mood of melancholic musicality fusing the  feelings of  frugality and fragility.

The  plot is carpeted with musical tropes:  a life-changing  tragedy, a romance between the  dead boy’s sister and  the hero pretending to be  the  suicide  victim’s best friend. I also loved  the mother-son relationship that Platt and the  wonderful Julianne Moore created between them, almost like  a universe  isolated from the main event. Don’t go by the scathing reviews of the this Love film. They are  missing the point. The transition from the Broadway  play to  cinema  could not have been smoother. The  film  secretes an  aching sweetness at  its heart. Only  good  people can create something so  noble. No point in being cynical about it. We  sometimes get  the movies we don’t deserve. This is  one   of them.

Loev(Netflix): Quite often in this luscious and luminous love story as I journeyed with Jai and Sahil through a rocky terrain on a pilgrimage of passion and heartbreak that reminded me of Ang Lee’s Brokeback Mountain, I forgot the gender of the two protagonists.

This, I soon gathered, is why this striking study of repression, guilt, passion and self-articulation has been rejected at many LGBT film festivals as being  not “gay” enough. Thank God, at least one filmmaker has shown  himself to be courageous enough to stand up and say, “Hey guys, it doesn’t matter if the lovers are both of the same sex. What matters is the love, not the sex.”Loev is a tender yet brutal , slender yet sturdy  road film strewn with clues to the heartbreak that eventually awaits those who dare not love  beyond  the prescribed boundaries. Writer-director Sudhanshu Saria doesn’t waste time in constructing back –stories  or deconstructing the  complex relationship of his two characters to make their passion more accessible to us.

The narrative unfolds with a disquieting naturalness. The flow of emotions is never outsourced. It is insinuated organically into every scene, so that we are never required to stare with stupefaction or, God forbid, embarrassment  at the same-gender relationship. Nature in all its rocky-mountain glory , stands a silent  witness .We may be awed by the visual majesty. Nature is never in awe of  itself. The influence of Ang Lee’s Brokeback Mountain , specially in the way the rocky terrain is used to define the theme of forbidden love , is palpable .Saria uses the rugged outdoors of Mahableshwar to spotlight the repressed emotions. The aerial shot show deep ravines and chasms in the rocky mountains.

Significantly Sahil jumps effortlessly over them. Jai stops.The intimate  moments never creep up on the two men apologetically. When they  kiss, boy, they really kiss. Passion is never unwelcome in the film, even in one sequence, it turns unbearably ugly. In one sequence Shiv Pandit is required to hold his co-star the late and mourned Druv Ganesh  in what is a theme-defying moment  of tenderness and lust.It is a moment of epic sadness and comfort. There is a disarming lack of artifice and ostentation in the way the two protagonists’ characters are written and played. And thank God, Saria found the perfect actors to play the two parts. Shiv Pandit, one of our most underused young actors whom ‘Bollywood’ hasn’t been able to slot(quite like this film which mercifully doesn’t look towards “Bollywood” for approval) as the Manhattan’s desi hotshot on a weekend in Mahabaleshwar with a charming young uncloseted gay man, is unassuming and credible .Dhruv Ganesh’s eloquent eyes and effortless body-language are unforgettable.

The two protagonists evidently have a shared history which comes undone in  unexpected ways as the film unfolds. Charming, disturbing and sometimes haunting Love film Loev is that same-sex love story that finally defines homosexuality on screen without resorting to titillating tropes and semi-apologetic back stories. Nor is there any self-congratulations in the way Pandit and Ganesh play the two main parts. They are friends and possibly lovers, full-blooded and restless, impelled  by a sense of reckless yet reined-in self-exploration. The two actors look exceptionally comfortable together projecting their characters’  uncomfortable predicament with persuasion and integrity. There is a third actor Siddharth Menon who plays Alex, a bit of an attention-seeker in a film where tranqullity is preferred over ostentation.There is  a provocative ambivalence to their relationship.

Shiv Pandit and Dhruv Ganesh have surrendered to their roles with a lack of bravado that this film constantly demands from its  actors. The fact that Dhruv passed away soon after shooting the film gives to the on-screen theme of incomplete passion an added layer of unfulfilment and longing. We cineastes are always searching probing and looking for relevances that perhaps do not always exist in the cinematic experience. Here is a film that tells us, it’s okay to look beyond the obvious because that’s what the characters are doing all the time. This film not only re-defines love and passion in the context of the Indian reality, it is  a  new beginning for cinema on unconstitutional  love in India.