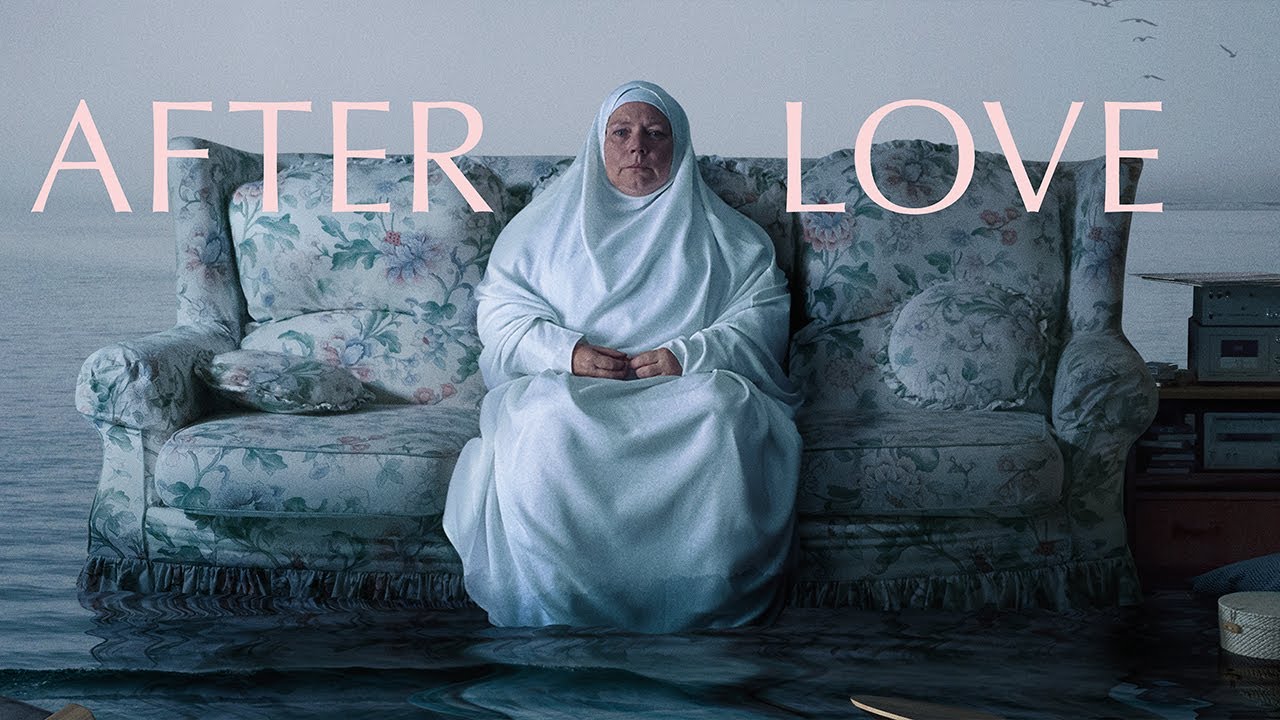 Not many have seen Aleem Khan’s  2020 film After Love. If the truth be told no  genuine  cineaste  should  miss this  moving exploration of  bereavement, grief and acceptance  told in a style that is at once  unique  and familiar.While providing the comfort of the familiar by putting his characters  in situations that are at once real and dramatic, Khan floats into an  excruciating excursion into fantasy-fiction  that is not only hard to pin down , but  near-impossible  to achieve for  any director  except  the one  who isn’t afraid  to venture into the unknown with the familiar known tools  of cinematic expression.

I was gripped and  crushed  from Frame  1. The  film opens with a 60-plus couple entering their  cosy well-appointed functional home in Dover  after an evening walk.  From their  demeanour it is apparent that this is  a  routine the couple has followed for years. He heads for the  living room where he switches on  a Hindi song. The sound  of  Lata Mangeshkar and Mukesh  singing Kabhi kabhi mere dil mein khayaal aata hai wafts into the kitchen where  the wife –she is  Mary Hussain, a Britisher converted to Islam after marriage to her  Pakistani husband—makes tea.

Mary  heads  to the livingroom  with the tray, conversing comfortably with her  husband. He doesn’t answer.Ahmed, her husband,is dead.

But wait. This is  not just a film about sudden unforeseen bereavement. As Mary’s  world comes crumbling down she discovers that her husband had another  life  in another  town with another woman in Calais, France.

Secrets  are revealed not to  shock  but as a  resigned sigh at life’s unexpected  blows that  are rained  on the individual when she is least prepared  for them. Rather than  wallow in just the tragedy of  bereavement  Aleem  Khan’s screenplay is  constantly  on the prowl, ferreting out dimensions to the  conundrum  of marriage , commitment, cultural fragmentation and  emotional  conflict ,with an   unnerving calmness.

Set in the  small soporific  British seaside  town of Dover, the splashing  waves serve as a  melancholic metaphor  for  Mary’s  inexpressible  grief (she listens to  her husband’s voicemail messages to  calm her surging grief)  as she travels to France to meet her husband’s other life,  other family.

What happens next between the  two  women, the soutans(there is  no word for  it  in English)  in the deceased Ahmed’s life, is not just profoundly moving but  also constantly surprising.Ahmed’s French  mistress Genevieve(Nathalie Richard, no  coincidence that she  is reed-thin) has a 14-year old son Solomon(Talid Ariss) who is ridden  with problems  of  a missing father and his  burgeoning sexuality.A beautiful bond  of empathy  grows between Mary and her soutan’s son.

None of this seems forced  into the narrative. The emotional conflict is  so  fluent  and vivid , it seems  like a typical South  Indian  masala-dosa  film about two warring women sharing the same  man(ref: Maang Bharo Sajna, Raaste Pyar Ke, Nazrana) played  out as a Greek tragedy

Standing tall  and supremely  dignified at the centre  of this muted masterpiece is  the little-known British actress Joanna Scanlan in her first major role. Overweight and  overwrought with emotions  Ms Scanlan’s  portrayal of Mary Hussain’s grief is  devastating in  its dignity. Her eyes  reflect a  pain that  only the camera can explain. Joanna Scanlan, as a woman  torn between her dead husband’s Islamic faith  and the uncertain future bequeathed  to her by his unscheduled death, holds this delicately constructed  drama together.

Like Mary Hussain suddenly left bereft, I wonder what this film would be like without Joanna Scanlan.

Dhanush’s  Sir In Trouble  After Divorce?