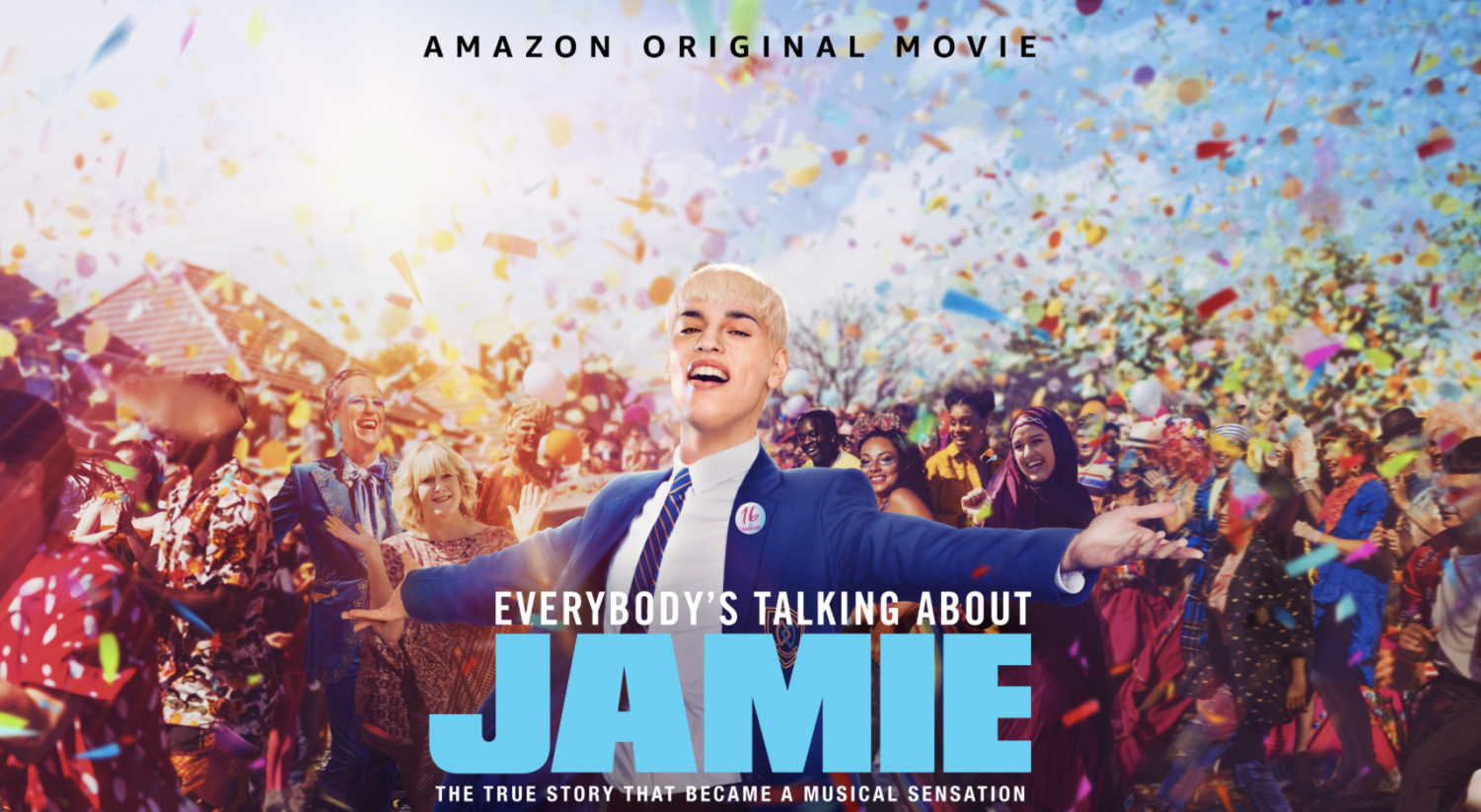 Jamie is turning 16. So what does he  want to be, his somewhat churlish teacher, played with ample emphasis   by Sharon Horgan, asks Jamie. He says he wants  to be….hold your breath…a drag queen!!

Audacious and provocative, heartwarming and tantalizing, naughty and yet innately innocent Everybody’s Talking About Jamie is the best feelgood film of the year. The comparisons to that other British gem Billy Elliot  about a boy who wants to break free of gender stereotypes and specially his struggles with his homophobic father, are inevitable. And yet the two films are different beasts.

Jamie is far more giddy headed in tone. It is life-affirming, it tells us that it’s okay to follow our dreams even if it means a 16-year old boy strutting around in shimmering red high heels. But the tone never gets preachy, or hysterical even when some of the drag queens who pass by, and that includes the fabulous Richard E Grant as  the drag-queen in chief, get progressively screechy.

There is an inherent sense of mischief a feeling of all-will-be-well in the sequined neon-lit set-up contrasted  nicely with the green fields. Even the school bullies, led by the marvelous Samuel Bottomley, are not viciously homophobic as they were in other film about owning up to one’s homosexuality, such as the John Butler’s 2016 drama Handsome Devil. Sure Jamie ends up with a bloody nose now  and then. But it’s all good, really.

This is a purposely  make-believe world where the entire town (the breathtakingly beautiful Sheffield) finally  comes forward to support Jamie as he comes out in all his regalia as the prom-night’s drag queen. Of course in real life things are not so easy for a male teenager who prefers his mother’s lingerie to his father’s shaving razor.

But the witticism is razor-sharp. The  make-believe gung-ho mood of Everybody’s Talking About Jamie is a joy to embrace, specially in these times, of undue stress. Any reservation one may have about the film’s euphoric  tone evaporates  once  young Max Harwood takes over the  screen. As Jamie he is everywhere, slashing through prejudices with his sharp tongue, dancing  his  way  into every damning prejudice, daring to be in drag even as friends heckle and  hoot.

But who cares? Harwood’s Jamie is born to be a star. And so is Harwood. There are some incredible supporting actors in the vast cast. Sarah Lancashire as Jamie’s blindly supportive mother Margaret and Shobna Gulati as  her best friend, are just two among the many gifted actors swamping Jamie’s vision with their goodwill and  bonhomie.

Besides Gulati there is another actress of Indian origin, Lauren Patel playing the very important role of Jamie’s best friend. Sadly, Patel is unimpressive, in that hijab she looks unconvincing and uncertain. Besides, which Muslim girl would be named Priti? In fact the director has put in a dialogue about Preeti’s Hindu name in spite of being a Muslim, to normalize the anomaly from the original play.

Otherwise the film follows the path of  the play religiously. Even the wonderful songs play at exactly the same  moments. The mood of wonderment is super-obtainable. Watching Jamie you know you are are looking at a young hero who will make high heels fashionable among his  school mates of both sexes. You wait and see.