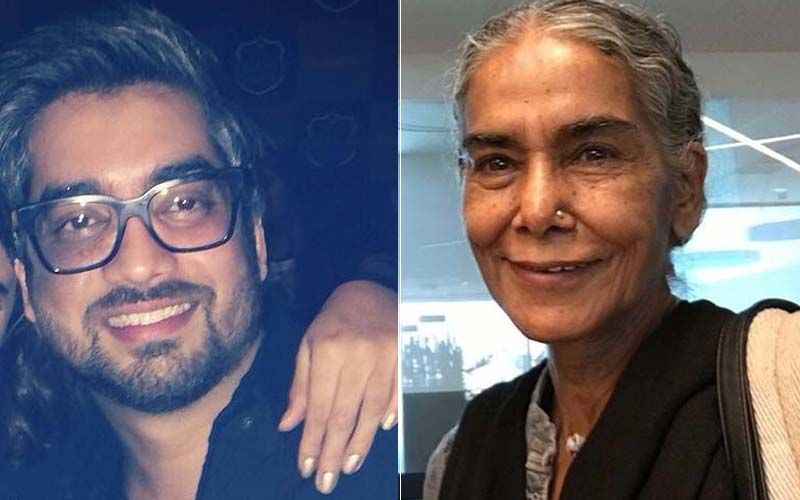 Everyone  who knew her was badly hit  by Surekha Sikri’s  death. None more so   than director Amit Sharma who  was  the  last to work with her  in the brilliant Badhaai Ho.

After  days  of silent  mourning Amit called me  back on Sunday afternoon. “I couldn’t speak. The loss was  very personal, Sir. I  can’t tell you how close I felt to Surekhaji. In her I saw my  own grandmother. My grandmother  only spoke in Punjabi. When Surekhaji would finish  a shot she’d look at me  and ask, “Dude, kaisa raha  mera  shot?’   I would plead with her not  to call me Dude. It came in  the way   of my grandmotherly image  of  her.”

Recalling  how  Surekhaji got the precious Badhaai Ho role, Amit says,  “I’m embarassed to say that initially I  was  not convinced she was  the perfect fit for Daadi’s role. Maybe because I had only seen  her  in salawar–kameez. I wanted  to  see how she looked in a saree. I asked her  to do an audition, and I  felt really bad asking this from an actor  of her  experience and stature.  But do you know  what  her response  was? ‘Chalo karte hain  na’. And that was that.She came  to my office and I wanted a  saree look. Unfortunately the costumes  person had no saree ready that day. Surekhaji had to come back  for another audition. She eventually had  to do three auditions.By then I  was  convinced no one  else could play Daadi.”

Amit recalls his time on the sets of Badhaai Ho as among  the  most enjoyable in his life. “All   of us  were  a family on the sets. But I have to confess I was  the closest to Daadi, Surekh Ma’am. Her enthusiasm and passion  at her age  were very inspiring. She  came fully prepared every day and even on the set she’d be writing her  thoughts   in her handwriting on  the  script.In the sequence where Surekhaji  defends her  daughter-in-law Neenaji’s decision to have a child , we all cried.”

Amit  and Surekhaji remained close  after  the  film was  complete. “Mine was  the  first number on her phone  and  she would accidently dial me.When I’d call her back  she would say, ‘Amit maine  tumhe nahin phone kiya.Shaayad mere phone  ko tumse  lagao  ho gaya hai.’.When  I’d  ask  her if she needed anything she said, ‘Kuch bhi nahin. Sirf mujhse baat kar liya karo.’ My heart  would melt, and I  promised to  call  her  as much as I can.”

Amit  recalls  receiving a call  from his namesake Amitabh Bachchan’s office regarding Surekhaiji. “Bachchan Saab’s  secretary Rosie called for Surekha Ma’am’s number and  address. I called up Surekha Ma’am  to tell  her I had given her details to  Amitji’s office. She was  over-the-moon when she received flowers and a handwritten letter from  Bachchan Saab.”

The  Badhaai Ho  director recalls  his last meeting with Surekhaji. “Both of us  were  at  the National awards  function to  receive our  awards for Badhaai Ho. She was on a wheelchair  looking more frail than ever. I bent down to talk to her. She put her  hand on  my head. I still feel  her hand  blessing me. I can’t believe she’s gone. Whenever I’d call her she would say, ‘Amit humein kaam  chahiye.’ She wanted to keep working.  I’d reassure her, ‘Karte hain  na .Aap theek toh ho jaiaye.’. That  never happened.”