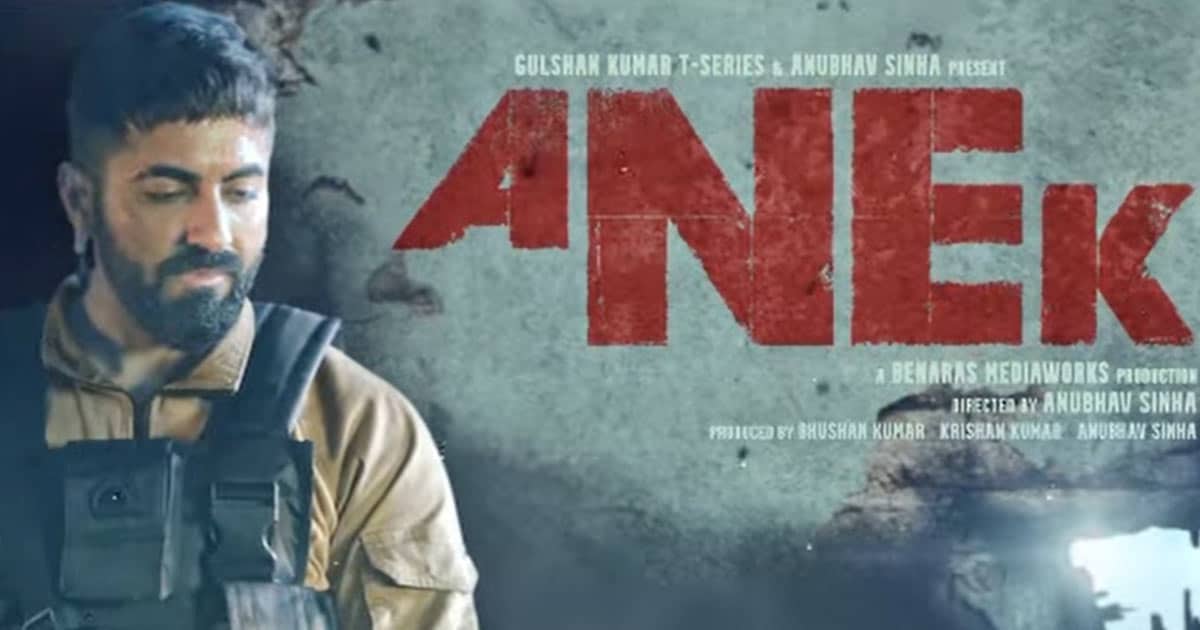 There are  no easy solution in Anek, so titled to convey the unity-in-diversity theme  of Indianness, also because the N and the E  in Anek  stands for the  state and culture defined by Anubhav Sinha’s undefinably  ambivalent drama  about a state and culture  on the brink.

There  are no  easy solutions, no sides  to taken and to be honest, none offered in a state where the meek shall definitely not inherit the earth.

There  is  a dangerously corrupt and subversive North Eastern leader Sanga((Loitongbam Dorendra Singh) who is playing a  double-edged game with the people  of  his State. He pretends to be their messiah  while  negotiating with the Indian government on terms that  have nothing  to do with peace.

Anek is cinema of  the highest order. It lays bare the  unspoilt virginal landscape  of the North East(the cinematography by  Ewan Mulligan is lush but austere and   unadorned) and then quickly, without  losing time introduces us to the violence  that is all around in the North East.         There is a chilling sequence where Indian armed  forces  open  fire on local insurgents while  a group of schoolgoing children  cower in the crossfire.Watching this sequence in a film that revels in the  vividness of  despoliation , I was reminded of the children that lost their lives in the Texas massacre.Unlike children who grow up in unrest,those poor angels in Texas didn’t know how to save themselves when violence strikes suddenly.

Among  many seething  political  issues that are pushed to the forefront in a fusillade of  concepts and ideas, the theme that emerges most powerfully in Anek is the weaponization of the  young who take to the  gun and cannot turn back. The adolescent  Niko(Thejasevor Belho)  gets sucked  into a life of violence, while Aido(Andrea Kevichüs), with those large expressive eyes, escapes to become  a boxing champion.

Riveted at  the vortex of the violence is Ayushmann Khurrana’s  Joshua who it not sure  if he wants to protect  the  local population from politics and politicians or whether his interest  in playing savior to a  persecuted race is more personal.Hint: Aido..

Anek  parks its angst at the dead-centre of   ambivalence. It has neither the patience  not the bandwidth to  explain  the volatile situation  to the conflicted  characters, let alone to the audience. This is  a film that demands an  educated literate  audience which can tell the difference between Pure Cinema and  its hybridized  versions that  flood the  movie a.