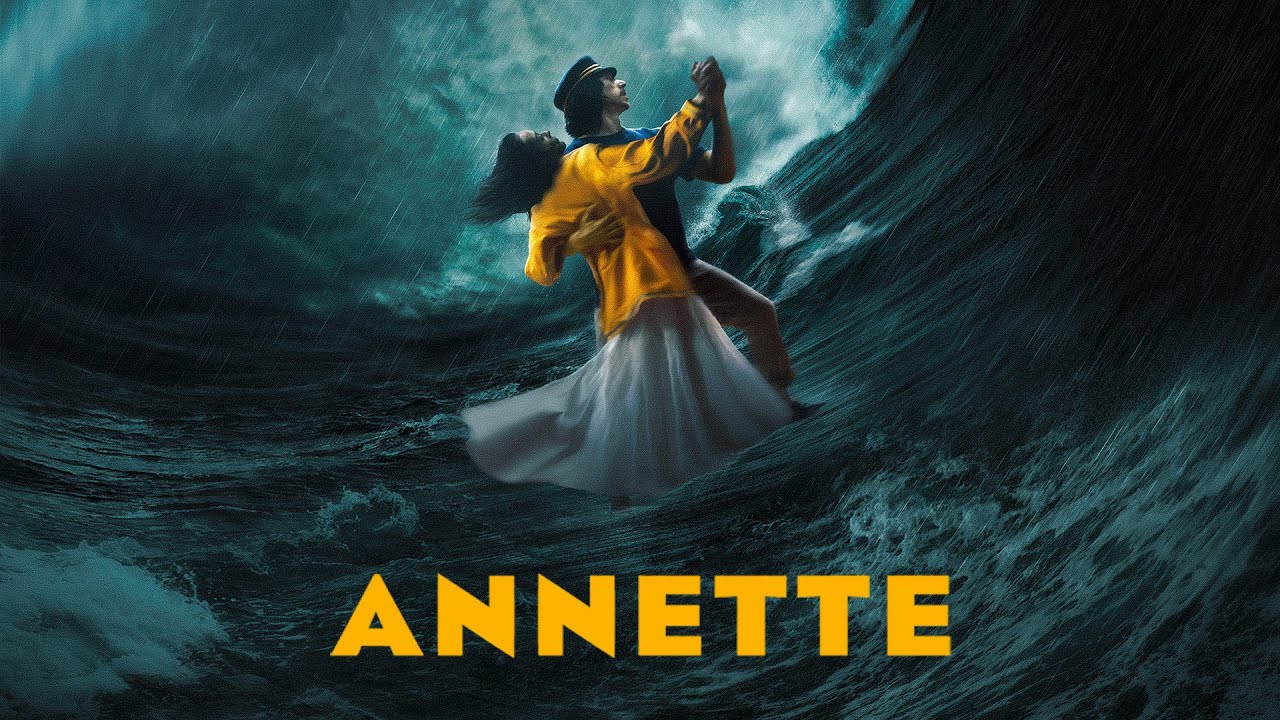 Annette Movie Review: Hate  or love it, Annette  will affect you  deeply, profoundly in ways  that cinema seldom does(but it should and  would, if only  filmmakers   treated  the  medium with the  respect  it deserves). Annette is a full-blown musical, not just a  musical where the protagonists are  singers  like A  Star  Is  Born  or Abhimaan,  but  a musical in  the  sense  that the  lead pair speaks  in the  musical form.

And what  a joy to hear Adam Driver sing! Is  there  no end to what this  maverick  actor  can  do? Within  no time,  Driver has  become  one  of the most  relevant actors of  American cinema. We’ve seen him deal with  a  troubled marriage recently  in Marriage Story with savage scrupulosity . Here in Annette the marriage is in far more troubled waters than can be imagined.

I mention waters because the film’s most crucial dramatic  episode  eventuates mid-ocean , creating further cracks in an already-damaged  marriage.Like the two films I mentioned earlier about  musical marriages  where  the  wife Anne out-sings the jealous husband Henry, in Annette  the  stunningly beautiful French actress  Marion Cotillard plays an  infinitely  accomplished opera singer  while Adama driver is a crass stand-up comedian, the kind that calls the audience dumb if they don’t laugh at his  jokes.

In a  career-destroying performance(in which Driver gives a career-defining  performance)  Henry  tells  a horribly  insensitive cruel joke about killing his wife which the audiences reject. Career  over, Henry spends  his time sulking  seething raging against  Anne’s blossoming career.All of this  in a musical form with the songs expressing a tormenting uncertainty  about the  present  and future.

The music by a band called Sparks is mind-numbing in its intensity .Every  song complements  the theme of a marriage destroyed by the ego.A  lot  of the  dramatic tension in the Driver-Cotillard  marriage  is  defined by  a purposely stagey ambience . It’s either Driver doing his  stand-up act in a green bathing gown(always green) or Cotillard getting killed on stage while she sings in a voice so  angelic you wonder how any  harm can come to it.

A  baby is  born to save  the marriage. But  it only makes things worse. Because, you see, the baby is  a wooden puppet. This  is the most problematic  plot point and the one that has enraged  furious  critical debates across the world. Why is   baby Annette  a wooden puppet? Here  is my  two-bit on  it: could  it be a manifestation  of Henry’s  perception of people  close to him, that he sees  them as means to an  and, his end?

If you’ve seen  director  Leos  Carax’s  earlier  work Holy Motors you would know  he perceives  human relationships  as intrinsically  dishonest. In Annette Adam Driver’s Henry never tells  the truth,on stage  or  off it, he is  always playing a role. Hence Adam Driver  must  play a character who is always  playing characters. Driver’s portrayal  is primeval in its evil designs  specially when  contrasted  against the sublime sincerity  of  his friend(Simon Helberg) and the  heartbreaking innocence  of his puppet-daughter Annette.

Strangely the songs never get in  the way of the emotions. In   the end Annette(now taking  human form)  sing-tells her self-driven self-loathing  father ,  “You have no one to love”.And there  it was: the core truth of this  enchanting  eccentric eclectic  musical excursion into love and  trust.Finally  the  man who cannot stop playing roles is  nothing but a lifeless puppet.

Annette challenges our perception as a movie audience like  no  other  motionpicture in living memory. It is fated to be counted  among the  greatest film of all times, as soon as critics stop hating it.