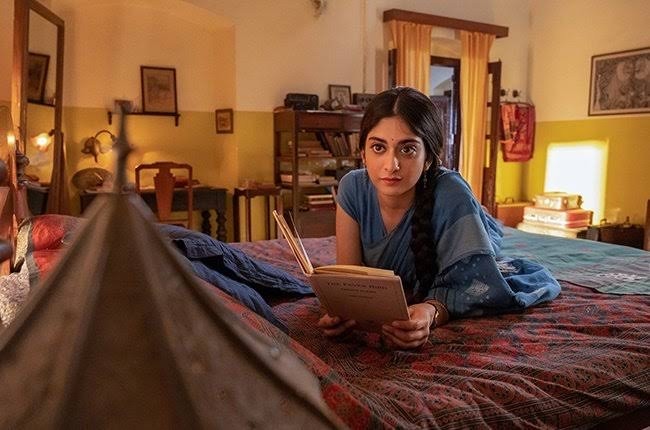 I always say THEIR  best is far superior to  OUR best.In 2020 which  performance-wise was  quite mediocre in Bollywood,  these actors in foreign  films shone  like the sun was going out of fasion.

1.     Ben Affleck In The Way Back:  Sadly Affleck’s sincere  Oscar-worthy performance(if there is an Oscar ceremony next year) is far  more  impressive than anything in  this mediocre  drama about finding your way back. The  chance to redeem himself by  turning basketball coach to his former college’s students  is  nothing  but Sidney Pottier’s To Sir With Love, with ‘Sir’ Ben Affleck in  a ceaseless alcoholic slur . The rapport  with the  predictably  rebellious  basketball boys  gives us  no memorable  student-mentor  moments. Affleck’s  endlessly  dour expression suggests otherwise. Affleck shows his  alcoholism with terrifying bluntness. It’s like  asking Harvey Weinstein to play a serial  sex offender.

2.     Javier Bardem  in  The  Roads  Not Taken: The Spanish  Javier  Bardem  is  among the  most  influential actors  of  contemporary times. He can make the most complex of characters  look effortless on screen because he doesn’t ACT.He just IS.This holds true of his latest  work, a deeply  disturbing if somewhat scattered and sketchy,  portrait of a mind on the verge  of destruction.  Javier  is  so  credible  as Leo  a writer who has  lost the plot ,  that at several points  in  the  dispassionately  poignant story  I found  myself flinching away  from the actor’s disorienting  portrayal of abject disorientation, a   condition so isolating that only Leo’s daughter is willing to live with  it.

3.     Marisa Tomei  In  The King Of Staten Island:  Asa single mother  trying to balance a possessive  son with an adamant  suitor Marisa Tomei  steals  the show . Tomei, a terrific actress in the  best  of  times, brings a  kind of wisful wackiness to  her single mother’s role. No selfpity here , but loads of  assertive parenting.You will love Tomei when at one point she throws  both beta and boyfriend out of her home and  shares drinks and laughter with  a female  friend instead.

4.     Mark Ruffalo In I Know This Much Is True: Frankly I got into this 8-hour 8-episode  treatise on twinned trauma  for Mark Ruffalo who not plays the real-life twins,one of whom happens to be a paranoid schizophrenic  but also co-produces  this  commendable but dark and depressing real-life drama.Ruffalo’s commitment to playing the real-life twins Dominick and Thomas Birdsey is  so supremely complete ,I wondered why we are so quick to congratulate  Bollywood actors  for  “daring” to play gay or for  putting on weight  to look older? Ruffalo plays the  troubled twin with oodles of extra weight. That’s not prosthetics. The series  was actually shot in two separate time frames  to accommodate the two characters in  their different weight zones.It is  an impressive  achievement  but not one punctuated with self-congratulations.  Ruffalo gives plenty of space to other actors to come forward in the plot and make space. The  first episode  has a deeply stirring performance by Melissa Leo  as Twins’ dying mother. Ms Leo looks brutally authentic as  dying a  woman .

5.     Charlize Theron  on The Old Guard:  If   you are  a Charlize Theron fan as  I am, you would find it as  easy to accept her as  the disfigured  prostitute  in Monster as  you would  find it to accept her as an immortal warrior  in the Old Guard. This is a  surprisingly charming take on the super-hero theme. Admittedly, much  of  the charm stems from Ms Theron’s ability to transform  into a kickass  warrior with the ferocity  of Spiderman, tenacity  of  Wonder Woman ,vivacity  of  Catwoman and  audacity  of  James Bond.

6.     Namit Das  in A  Suitable  Boy: Time to  recognize fringe talent.  Each  of  the three wannabe husbands  of  the  protagonist  in Mira Nair’s charming ode to  arranged marriages, is played  by actors who look supremely  comfortable in  their parts, but Namit Das is specially engaging as  a smalltown humble sincere shoemaker with  ambitions of marrying  above himself.It  is  an emphatically  empathetic character  in a series teeming with enough  characters to populate  a small  village.

7.     Evan Rachel Wood  in  Kajillionaire:  If a lockdown had  a  human form  it would be Evan Rachel Wood in this extremely  weird  film  about a weird  family doing weird things. She  plays  a strange  daughter of a freaky dysfunctional family where her parents have rared  their daughter  to be  a  choronic scamster.Petty crime is their way  of life. The three-member  family is  so strange  in its insulated  emotionless togetherness that  we as an audience feel  uncomfortable watching them. Evan Rachel  Wood has played a severely disturbed girl earlier in a  film called Allure.Nothing prepares us for her  performance in  Kajillionaire as a girl on the verge of a nervous breakdown, functional as  a tool in her parents’ life  to the point of being non-existent.

8.     Kate Winslet in Ammonite:  Winslet plays British  palaeontologist Mary Anning in the 1840s. As  played by Winslet, Mary is  a woman who  has shut out all emotions.Winslet reminded me of Shabana Azmi in  Deepa Mehta’s Fire.  Kate Winslet may be known by Titanic even today. But she has a formidable  body of  work to her credit. In Ammonite  she is like a ball of raging fire  threatening to erupt but  never  allowing herself that freedom to  let herself go.

9.     Chadwick Boseman In Ma Rainey’s Black Bottom:  just watch the film for our Black Panther star  Chadwick Boseman. This  is his  farewell performance  before he died  so suddenly on us.To know that the late  actor  went through this gruelling part  which requires  massive  amounts of emotional and  physical  investment, while struggling with cancer , is to  be inspired and motivated for all  times to come.To be honest, I though all those  words of praise  being heaped on Boseman’s performance were  a part of  the posthumous hysteria that every actor’s  post-death  release  is subjected  to. But no. This is indeed a great  performance in  a not-so-great film.No words are enough to describe Boseman’s   powerful grip over a  slippery character who is  far more troubled than he outwardly seems.

10.  Lance  Henriksen  In Falling: Only  an actor as wizened and  experienced as  Lance Henriksencould have  pulled off this poisonous  patriarch’s performance without making hims look  like a snarling villain. Viggo Mortensen steps back as an actor to let  Henriksen  take centrestage. It’s a grand gesture that only a character  as generous and  giving as  John could make. Henriksen  quite  simply the most unfatherly  father  we’ve seen in  an American film. His snide comments and his  unmistakable contempt for his  kind gentle  son is  so offensive that I often found myself asking, would any son bring this monster-father home?

11.  Anya Taylor-Joy In  The Queen’s Gambit:  As the future chess champ Beth Harmon, young actress Anya Taylor-Joy drew me so deep into her character’s dark complex world that by the time I finished all seven episodes of her incredible success story(no skips, no skimming over any episode) I was cheering for Beth as though she is someone I know well.