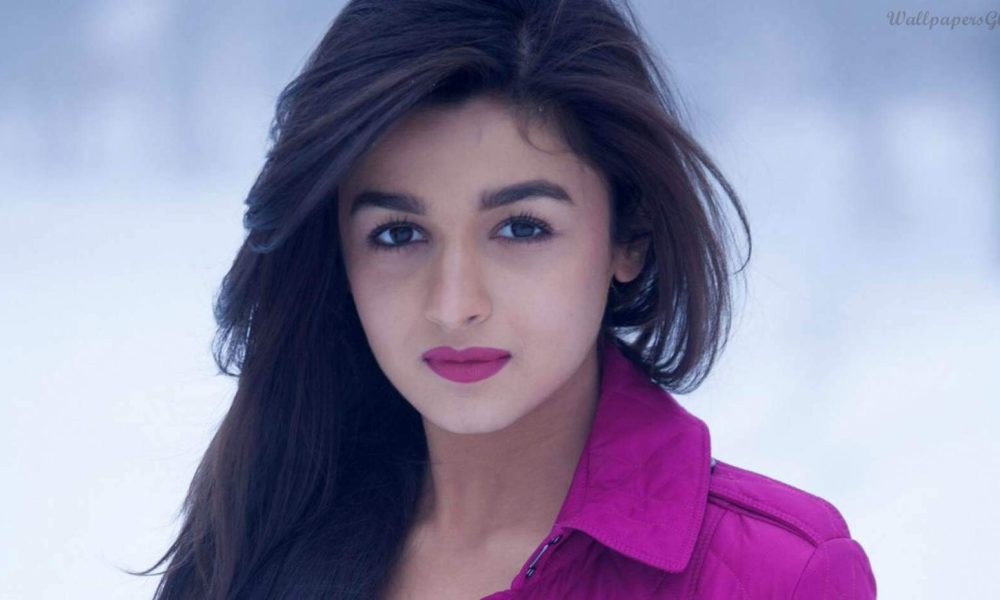 Mallika Sherawat, Vicky Kaushal, Nawazuddin Siddiqui,  Shraddha Kapoor, Ranbir Kapoor,  Kapil Sharma….what  is in common to all of  them? I will tell you what:  I’ve seen  all of them  change overnight .Some  of them have become unrecognizable  monsters.

It takes  a  lot  of willpower  and  grace to remain oneself even after stardom hits you.I have seen  success affect actors in two ways. They either  change completely,  or pretend  not to change. Kartik Aryan pretends not to have changed.

Alia Bhatt  is  the  exception. She  has  not changed one bit since she  sashayed  into sight in swirl of girlie poise in  Karan Johar’s Student  Of  The  Year in 2012.  Alia was  not only Student  Of  The year. She  was  the  whole school .  Endowed  with the  kind of natural talent and fresh beauty that  I saw  in Lucille Ball and  Sridevi, Alia  was  just the antidote to the syntheticity that had crept into Bollywood ever since the norm and benchmark for feminine persuasiveness  became  how much and how frequently an  actress is seen on  social media.

Like Tiger Shroff, Alia  Bhatt was  treated as a  bit of a joke on  social media when she  started  out.  I don’t know who started  it. But  Alia was  branded  a airhead  because she couldn’t tell Karan Johar who the  President  of India was  on his show.She  could laugh at herself and  that made her special in an  industry where actors you’ve known for years take  offence for one critical line written in a  review.

Oof,  the  number of actors Karan has  got  into trouble  by making them say  more than they should. But I forgive Karan all his trespasses  of excesses for having given Hindi cinema(and now Telugu  cinema  too) Alia Bhatt. What an eye for talent  Karan  proved himself!

I remember  after watching  Student  Of  The  Year I told Karan he had given  Indian cinema three new stars .

“But  you mark my words. Alia Bhatt is the most special talent to hit our cinema in years. She  will take  the  country by storm,” Karan had  prophesied.

8 years  later Alia is  the  youngest  empress  of  Hindi cinema, rivaling her success-ratio with Hema Malini  who is  by  far the most successful heroine of all times.

Nobody  makes  ‘Alia jokes’ any  longer. Waise bhi , Alia talks more sense than many  of  her  contemporaries  like Deepika Padukone and  Kangana Ranaut who have a reputation for  being ‘serious’ talkers(looking as though they know what they are saying on  intellectual forums).

Oh , damn!  Now  Kangana is  going to berate me for propagating  nepotism.But honestly , it is not  about whose  child you are. If it was that,  then Mahesh Bhatt’s son too would be  a star by now.  Why  is  Alia the chosen one? Could it be her radiant beauty, her onscreen  presence  and  her ability to  grasp the  requirements of a character  without gasping for breath?

Or wait, is it  the fact that the  purity of  her soul  is  reflected  in her screen  presence?

The stories  of  her generous spirit  are legion.When  my dear departed friend  Kalpana  Lajmi was  in serious need  of  medical funds  it was Kalpana’s best friend , Alia’s mom Soni Razdan who was looking into the  critical situation. And  it was Alia who  was  quietly  dishing  out the  money to pay  the bills.

You won’t hear Alia’s  PR machinery creating  a brouhaha  about her largesse.  Give the girl her parents,  grandparents, Karan  Johar,Ranbir Kapoor and her cat.And Alia  is  fully satisfied  with  life.

10 hits  in    7 years. And  two more Kalank and  Bramhastra  coming up. Really,she couldn’t ask for more. Very rarely does  success of this  magnitude  hit  its right target. This time  , it’s  bang on target.So thank  you, Karan  Johar , for giving us  Alia Bhatt. We forgive you all  your  other trespasses .Even  your performance  in Bombay Velvet.